This richly illustrated representative edition of The Grandmother was one of the first ventures of the newly founded Czech Graphic Society Unie, which brought together several of Prague's largest publishing houses. After initial hesitation, the work on the illustrations was entrusted to Adolf Kašpar, a student of the Prague Academy. He deliberately designed his drawings to evoke the atmosphere of lithographs from the Biedermeier period. He therefore studied in detail the customs of the time, both in the valley that served as the book’s setting and in the museum's ethnographic collections. 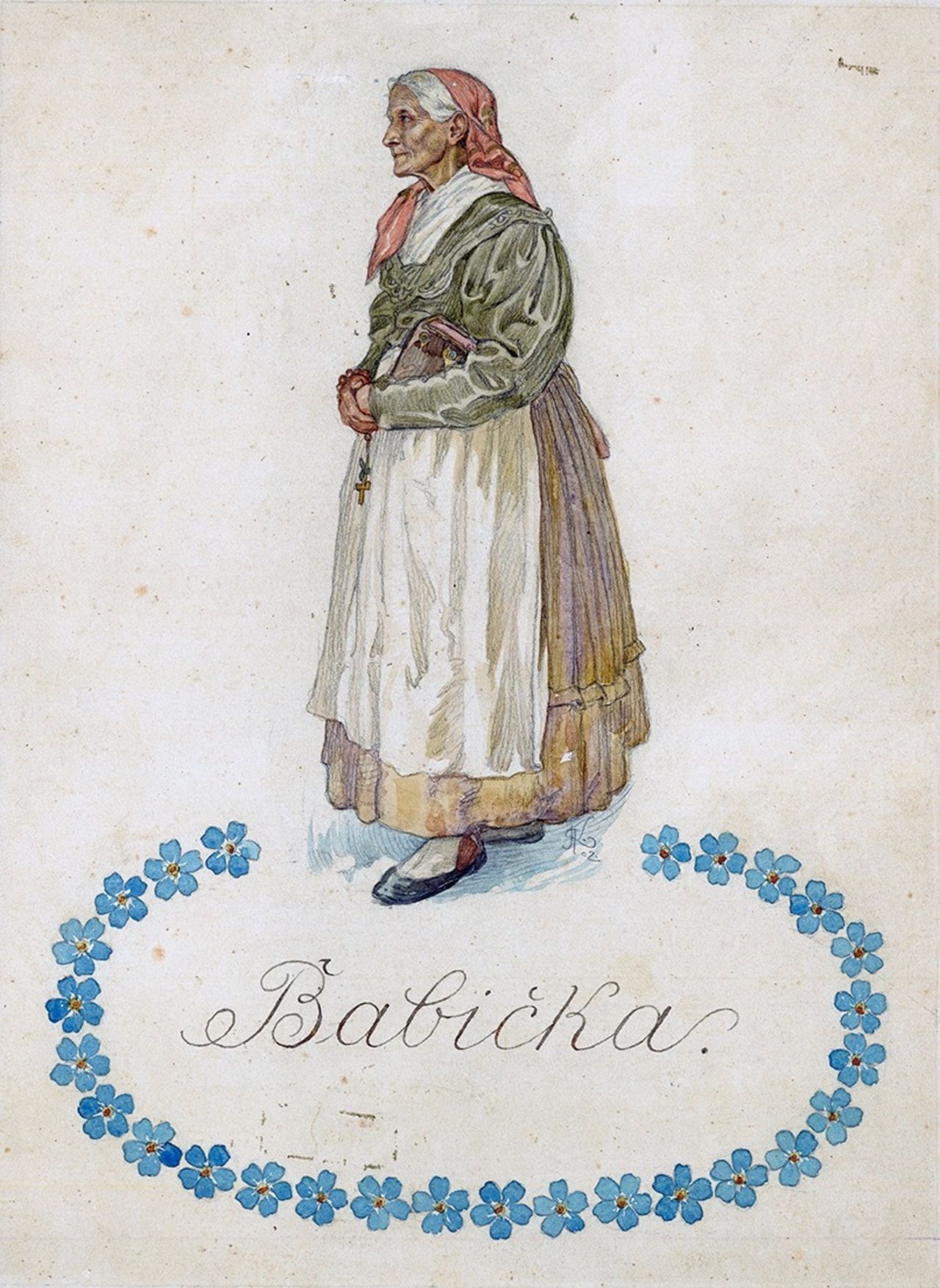 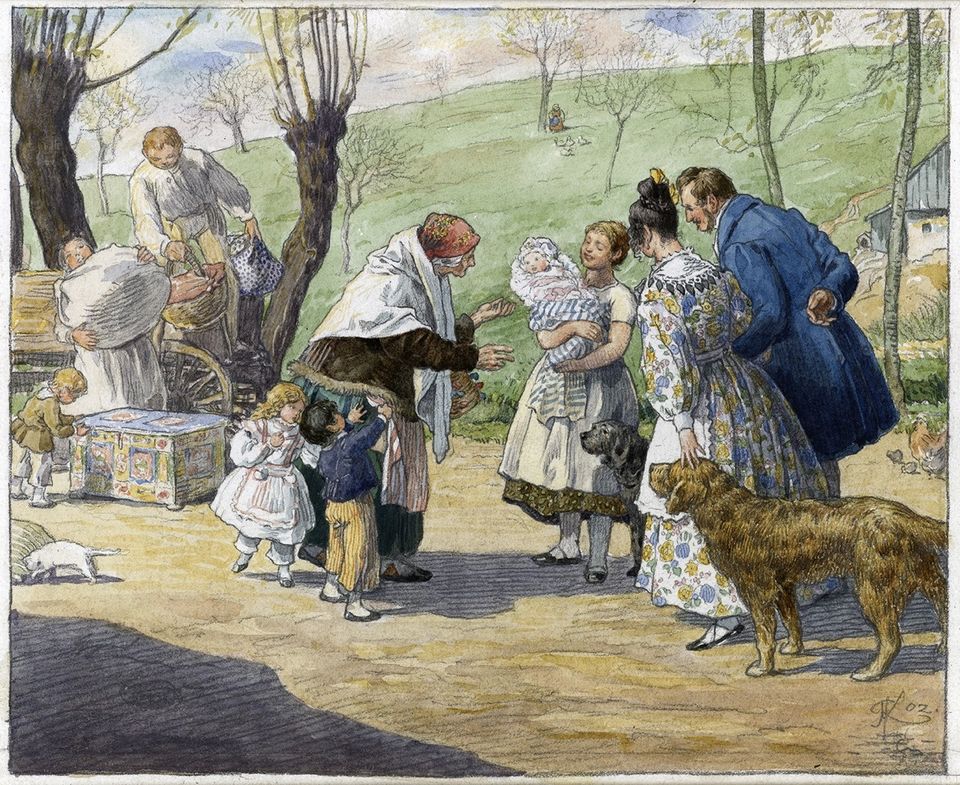 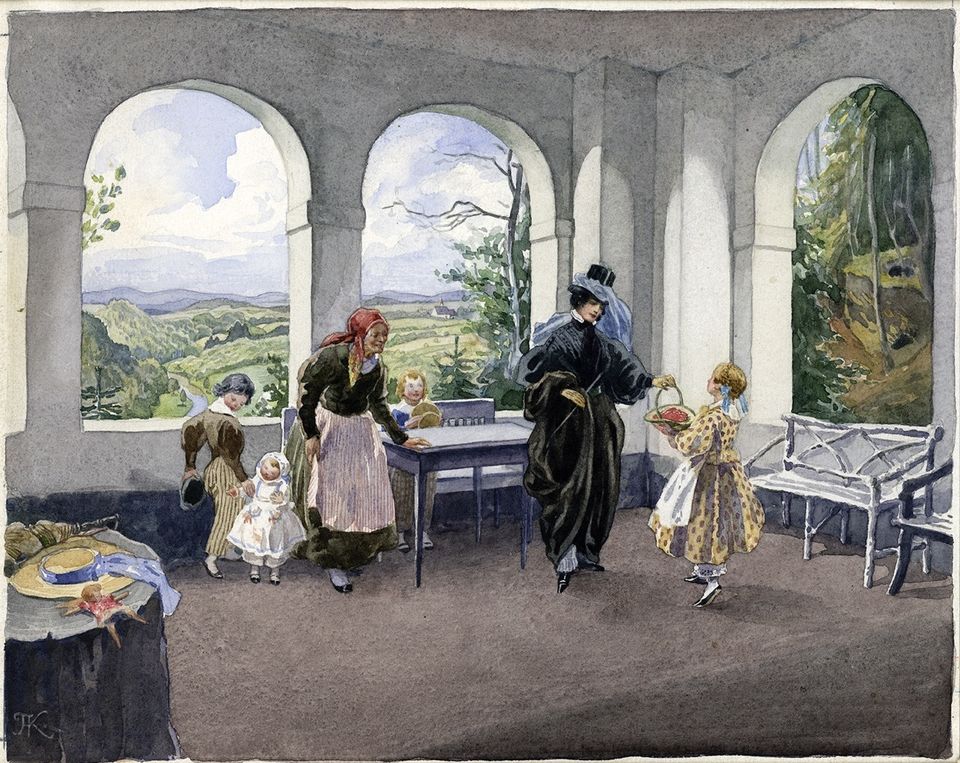 Kašpar, Adolf: Grandmother with children and the princess in the gazebo (1902) 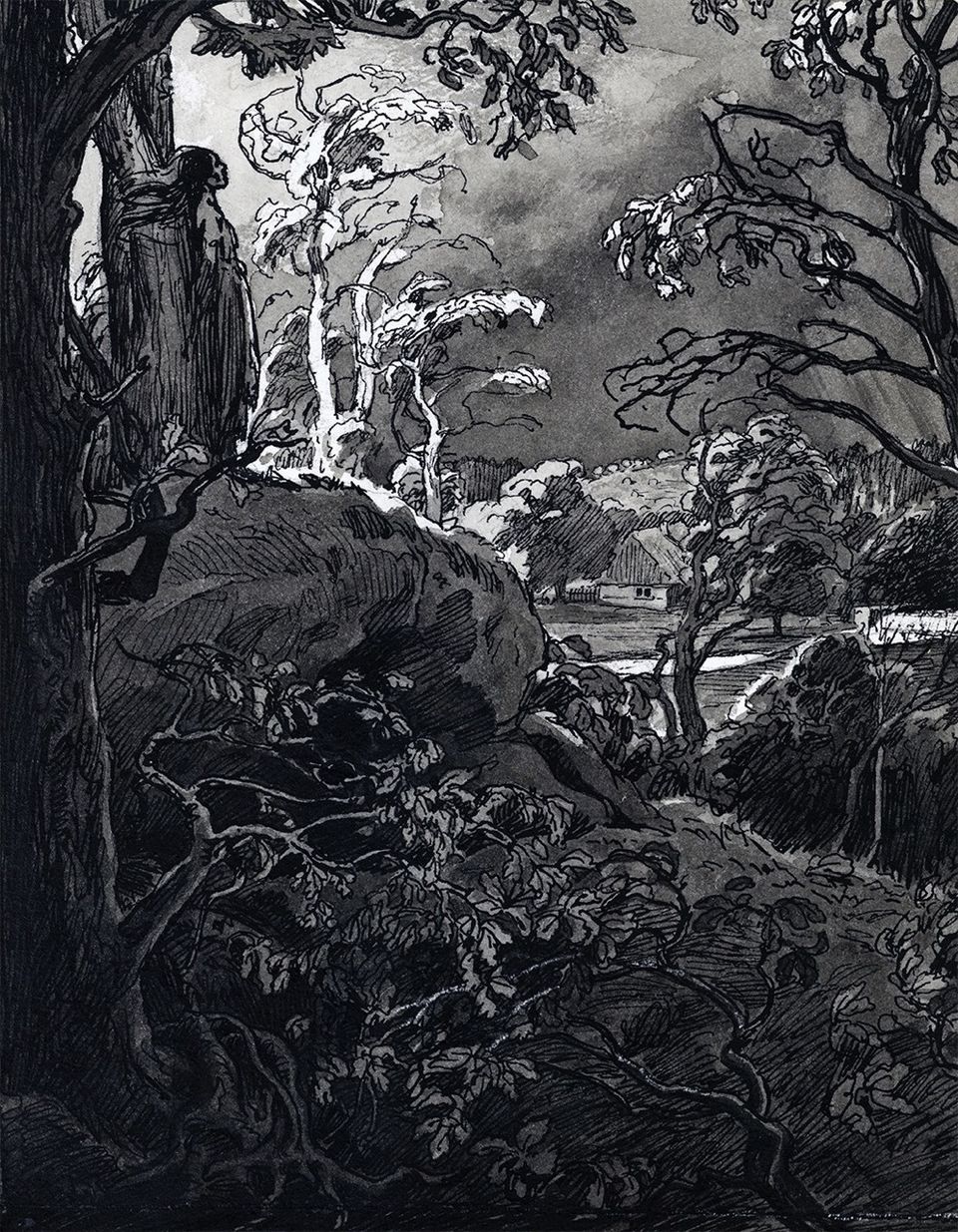 Kašpar, Adolf: Victoria in a storm (illustration for Božena Němcová’s The Grandmother) (1902) 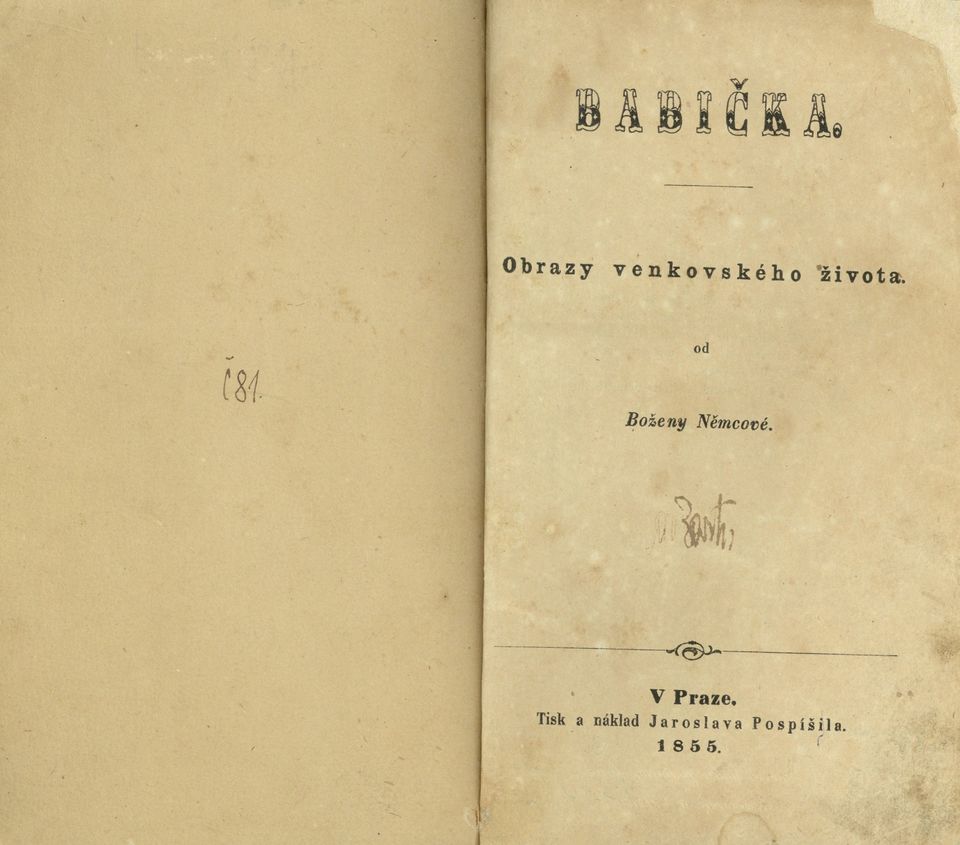 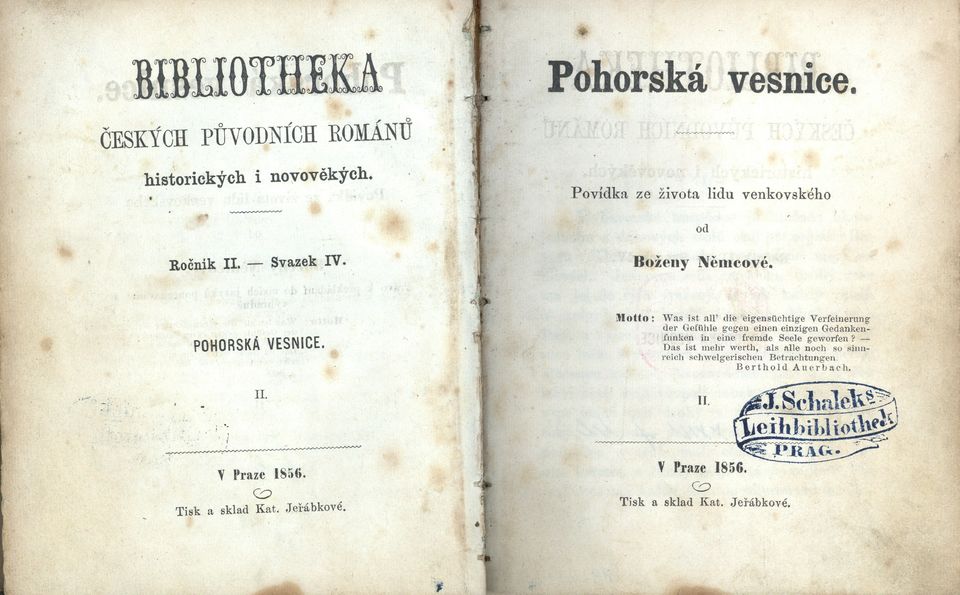 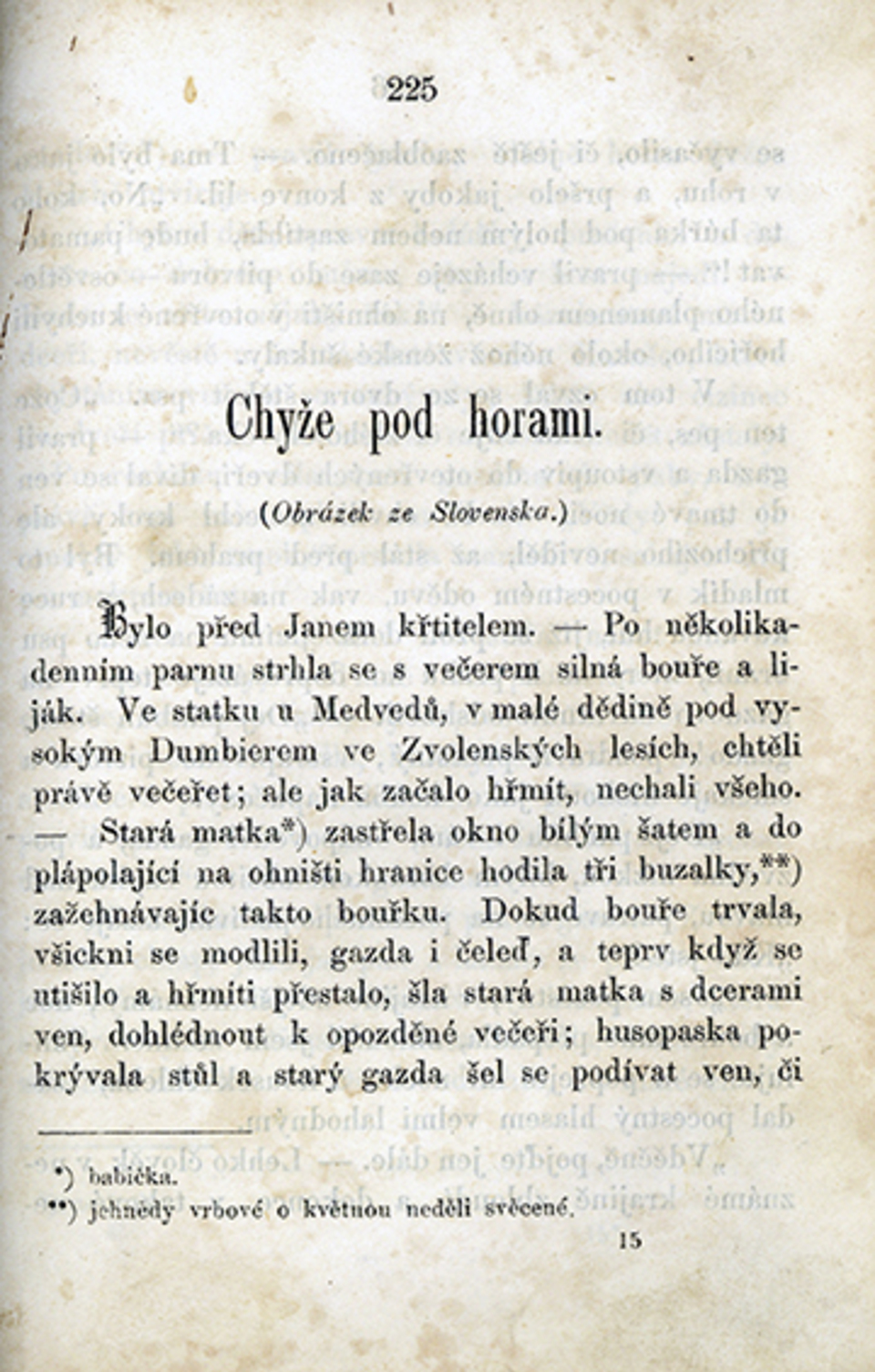 Němcová, Božena: A Cottage Below the Mountains, Almanach Máj (1855) 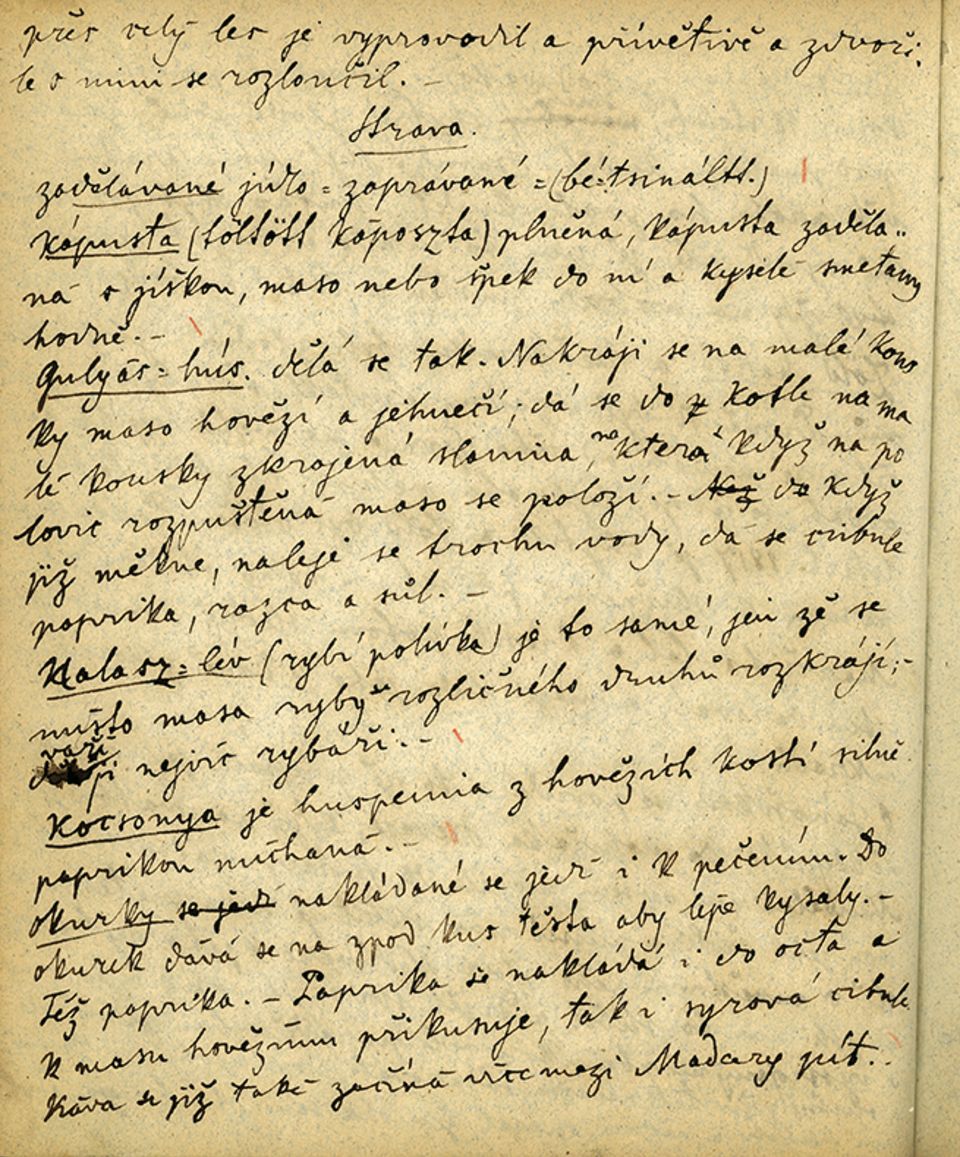 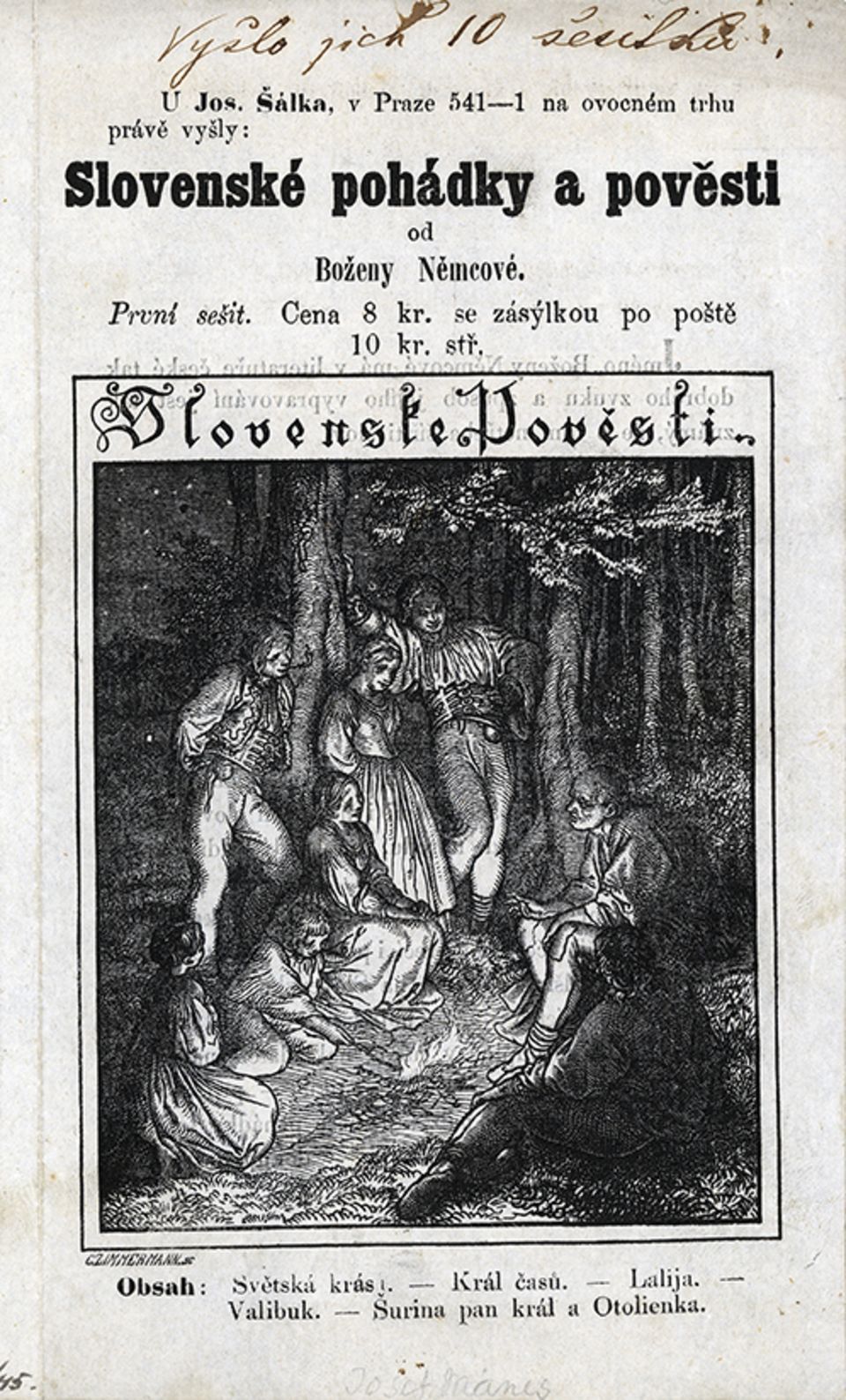