Music of the Spring

This exhibition, dedicated to the poet and thinker Otokar Březina (1868-1929), shows the significance of his poetic and essayistic work that transformed decadence and was anchored in a distinctive conception of symbolism. The world of the poet's work is approached through the sound recording of his texts, poetry and essay books, archival material (including personal objects), and especially the artistic interpretations of his friend, the sculptor František Bílek.

In his work, the poet and philosopher Otokar Březina (1868–1929) fulfilled and surpassed the artistic movements of Czech modernism of the 1890s generation. His five collections of poetry represent a journey from the aestheticism of decadence, absorbing impulses from his own unique sensibility as well as from the development of international poetry and spiritual teachings, to reflexive poems of (high) symbolism (emphasizing the power of individuality) to the stylization of mystical collectivism, monumentality and cosmic inspiration.

Březina’s poetics are characterized by a visionary-like spirituality, cultivated metaphors with the figure of an oxymoron, a lexical wealth and an abundance or rhymes. He amply employed alexandrine, wrote anthemic and choral structures in various free verse form – here he coincided with the poetic and intellectual currents of the time (W. Whitman, É. Verhaeren, P. Claudel, A. Mombert, S.-J. Perse). The musicality of his works influenced his contemporaries and Czech lyric poetry of the twentieth century. Březina’s philosophical writings influenced the essayists of his period; he stimulated the reflection upon literature in his day. Abundant correspondence is an organic part of Březina’s legacy. His writings stimulated publishers and important creative interpretations. 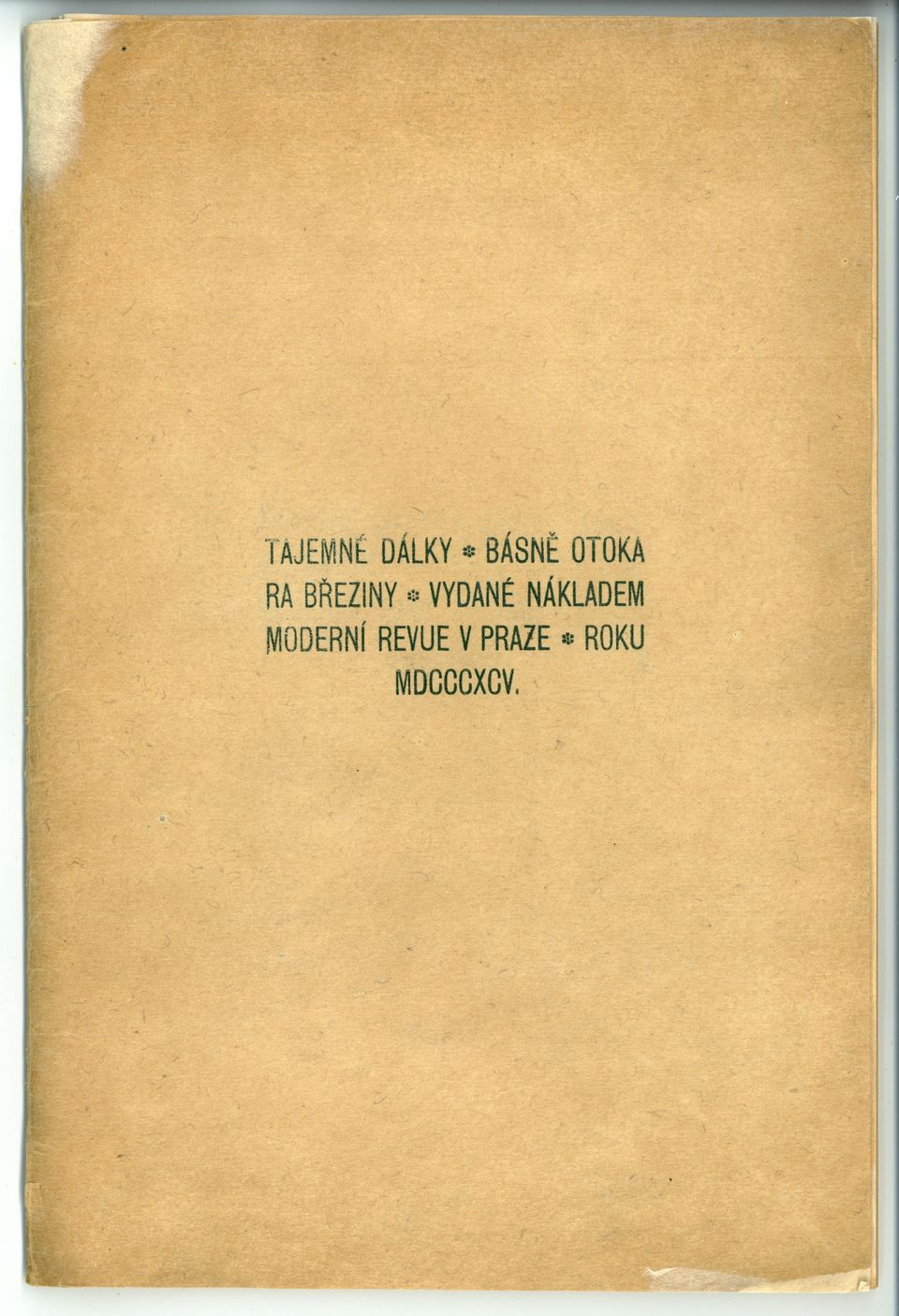 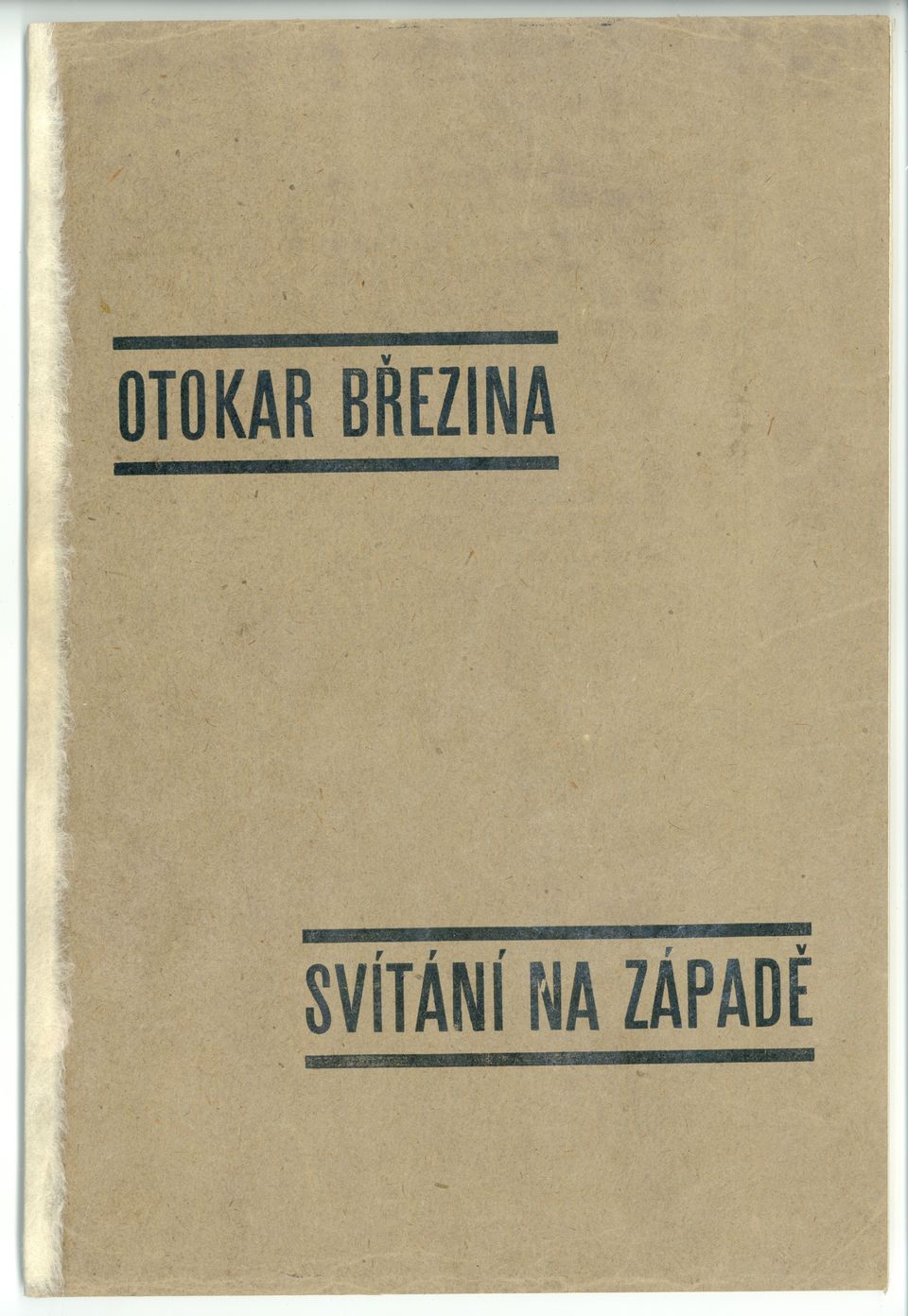 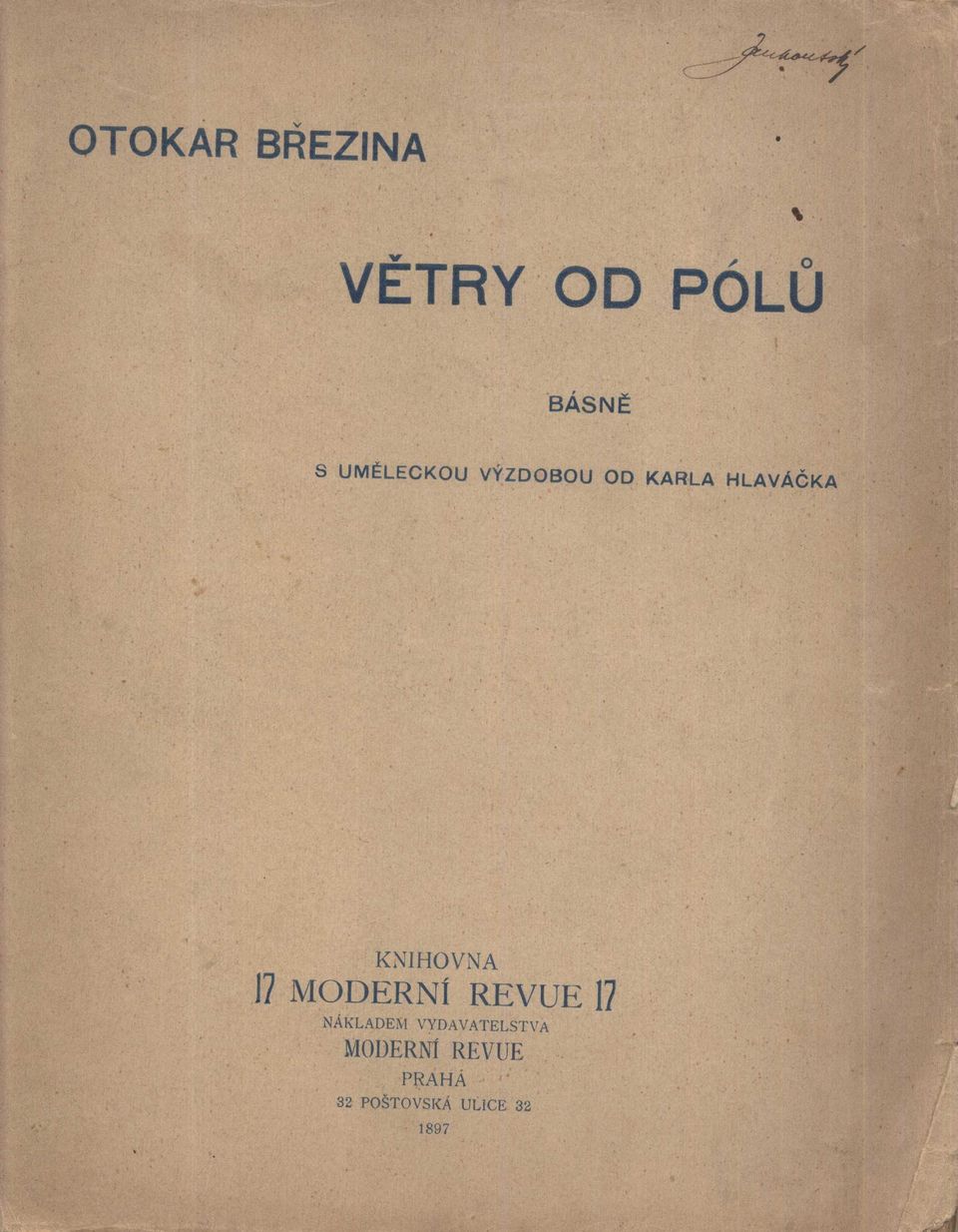 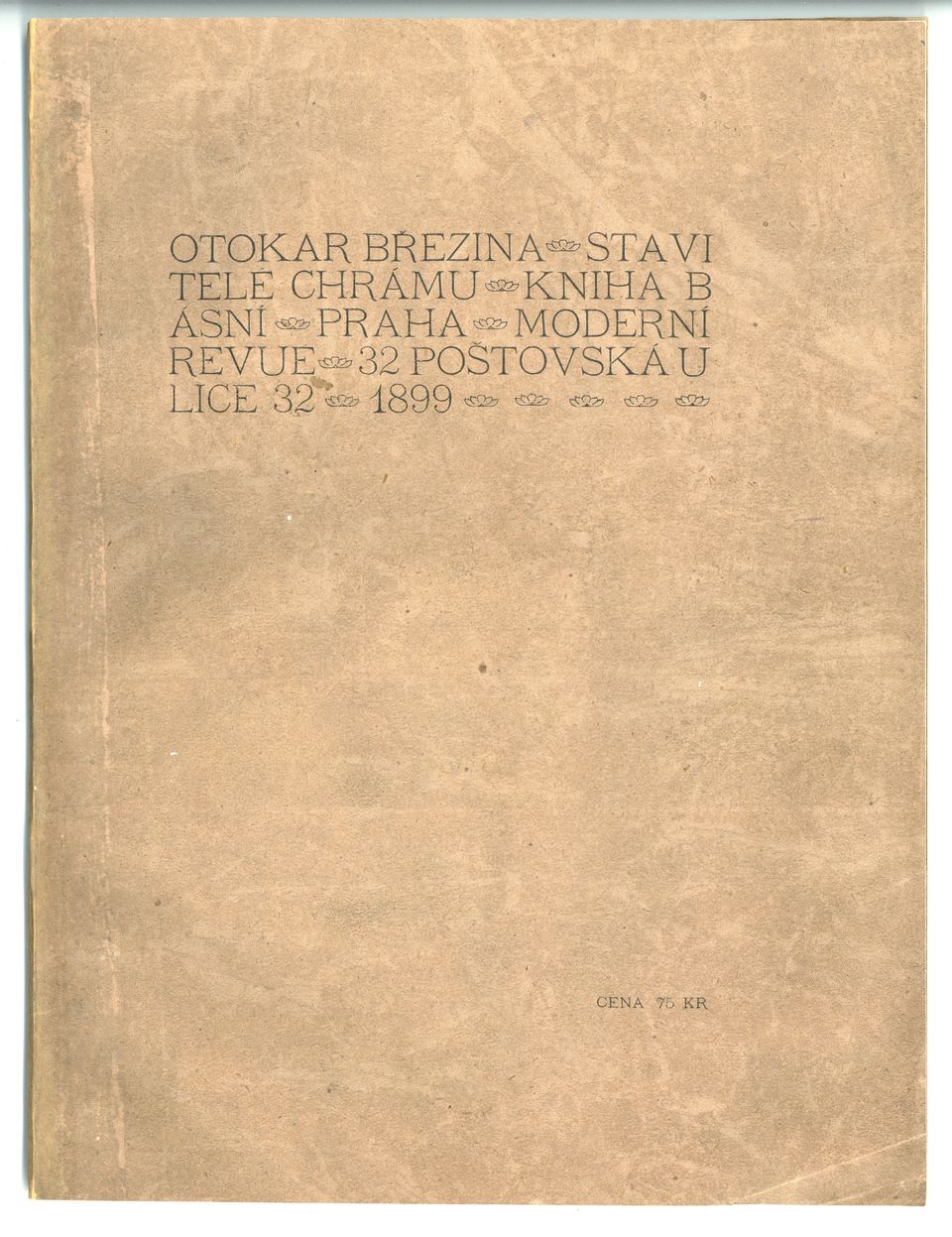 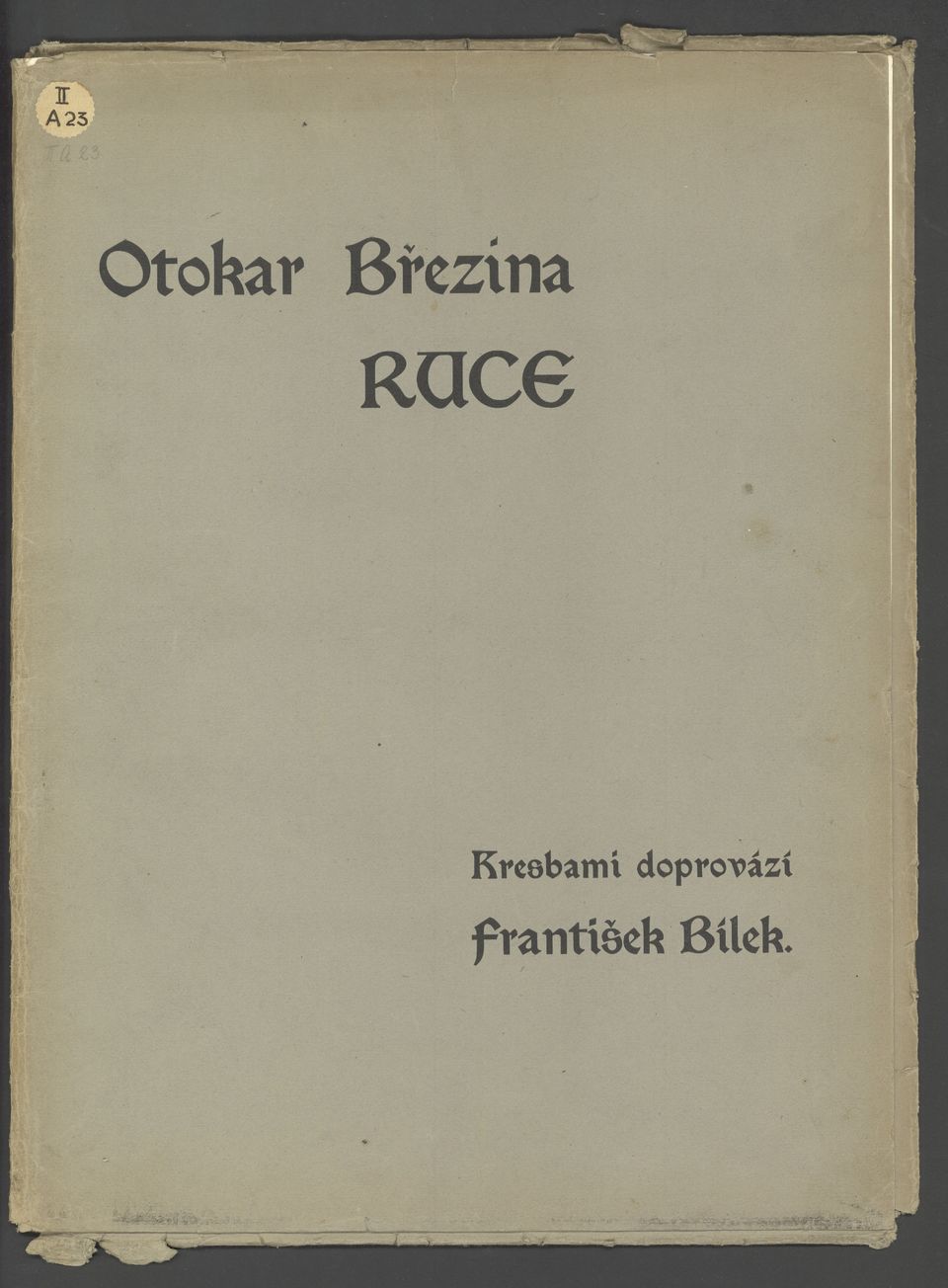 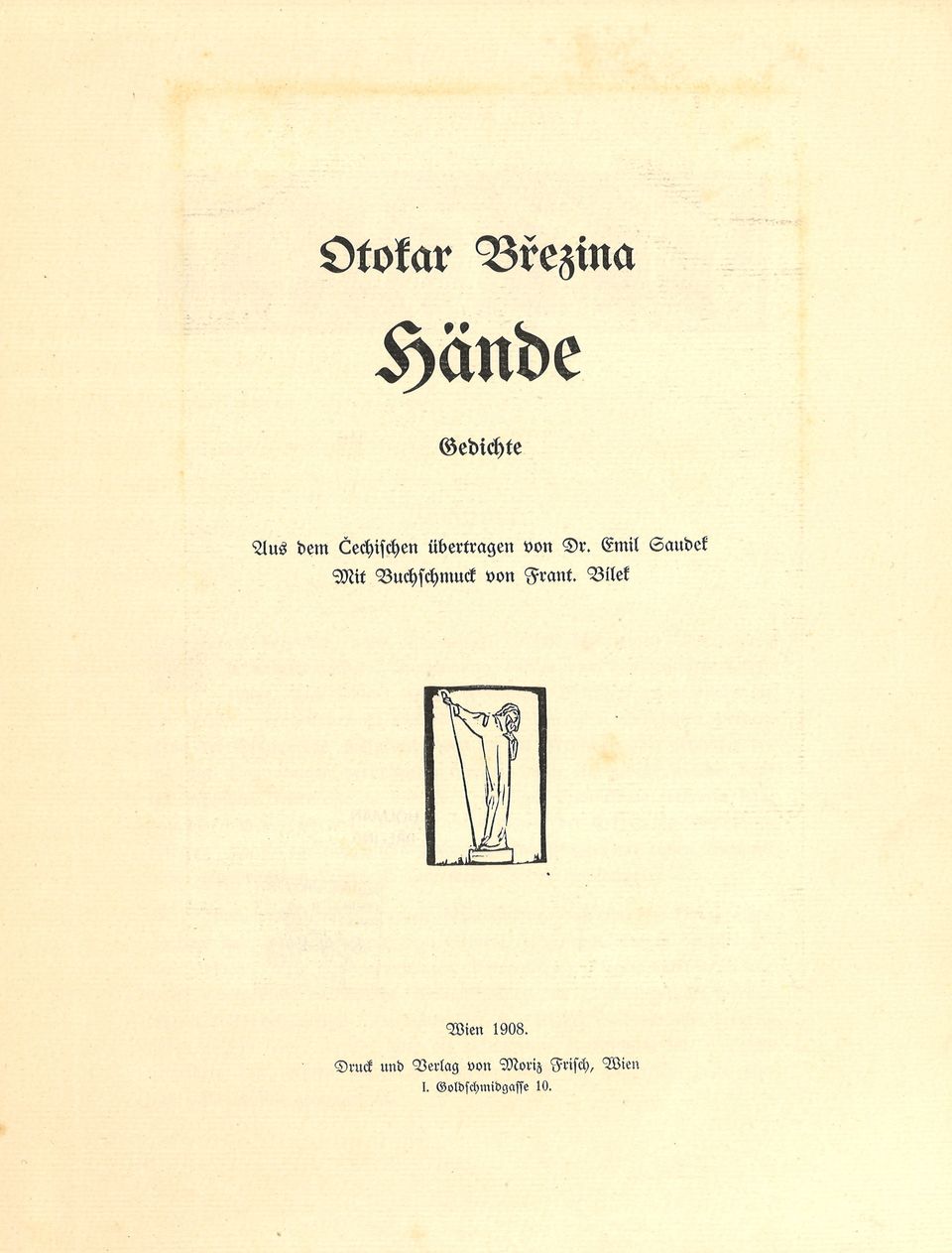 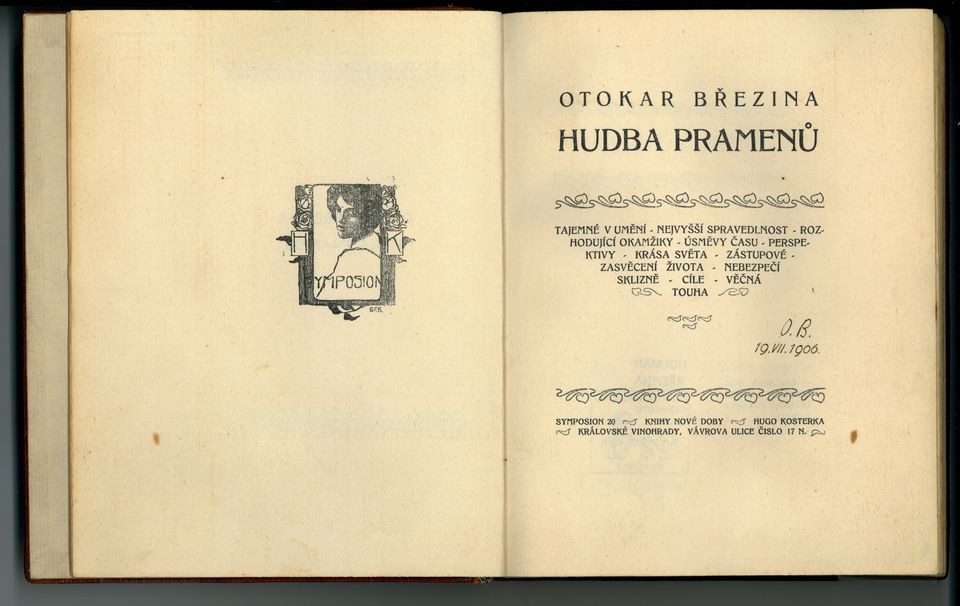 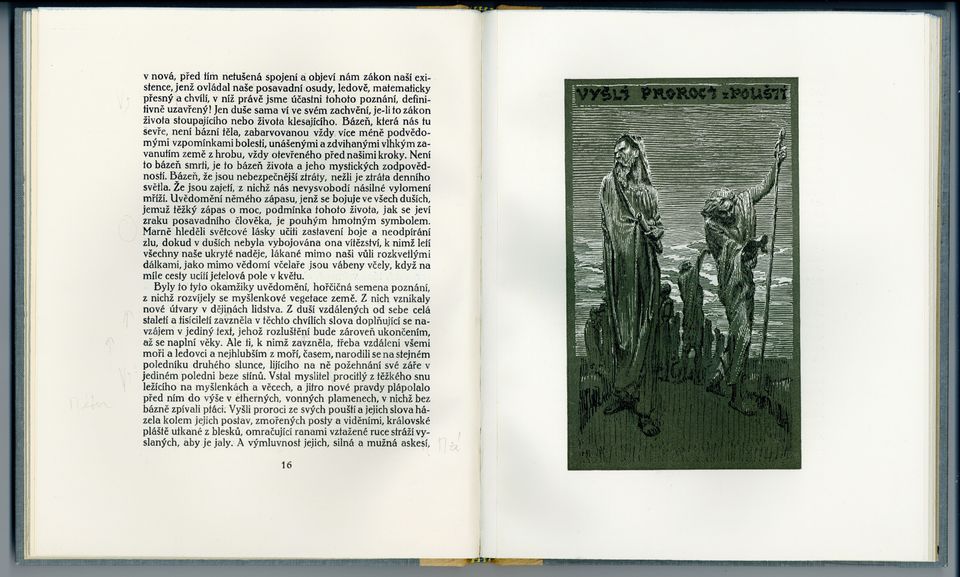 Bílek, František: Prophets Came Out of the Desert (1918) 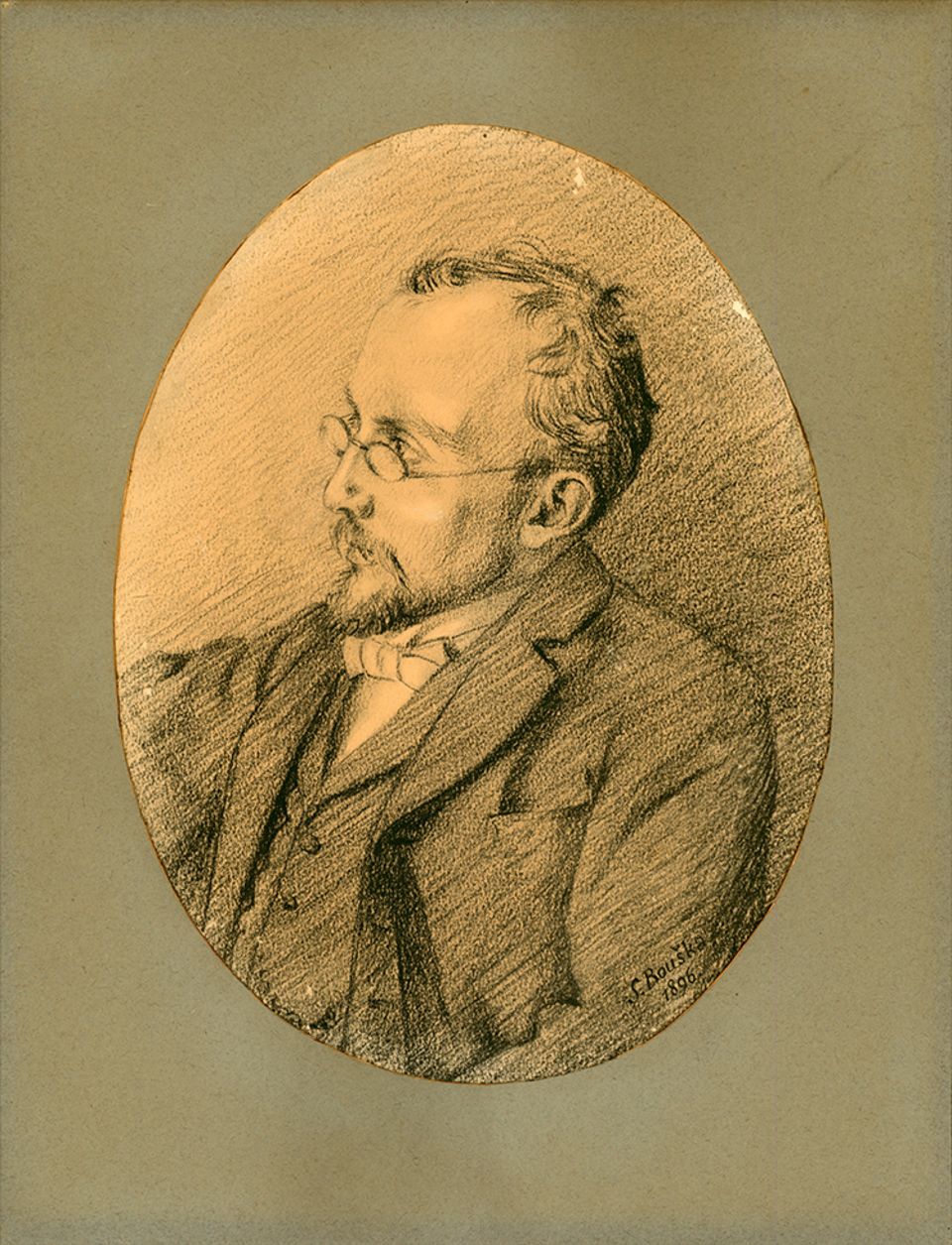 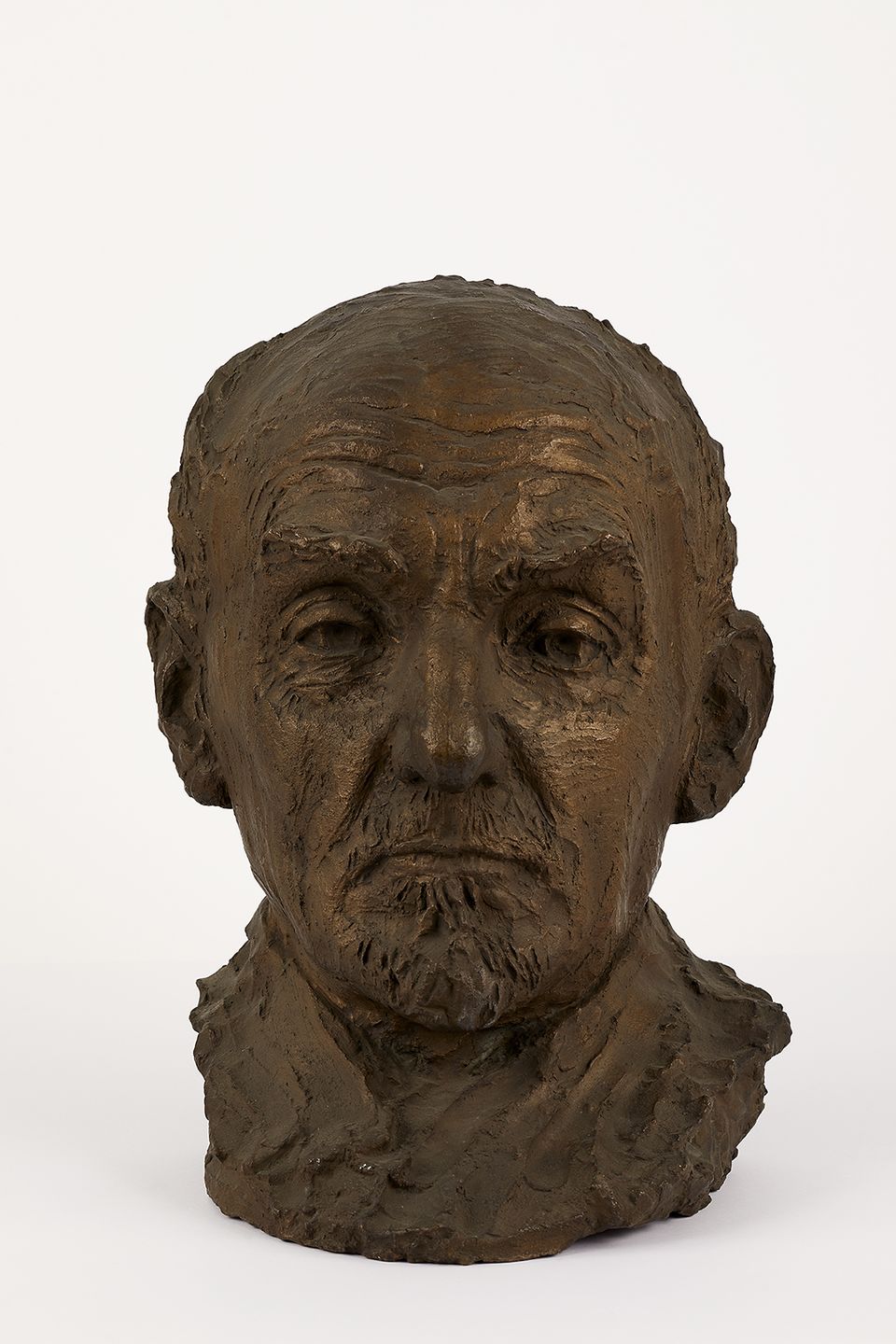 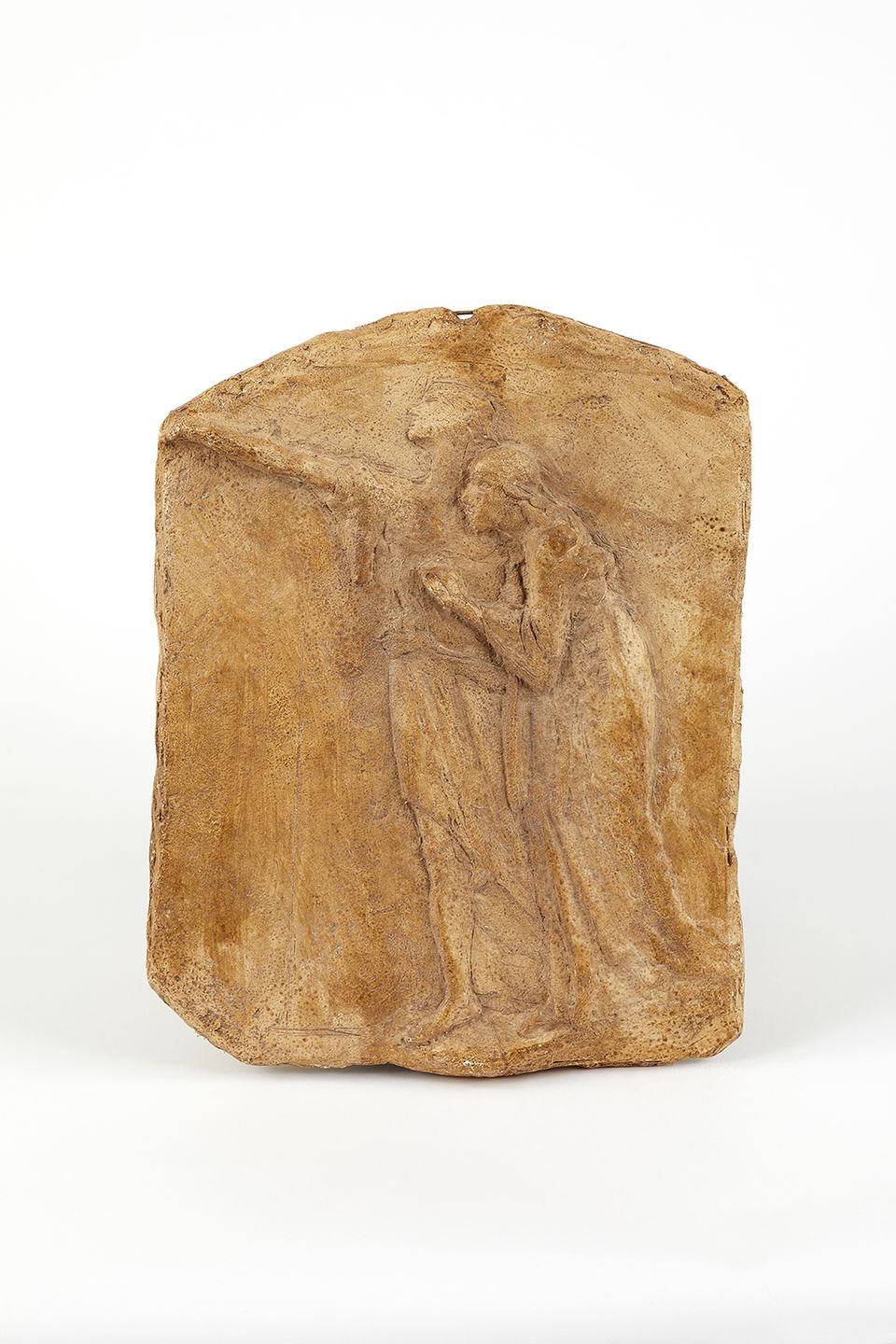 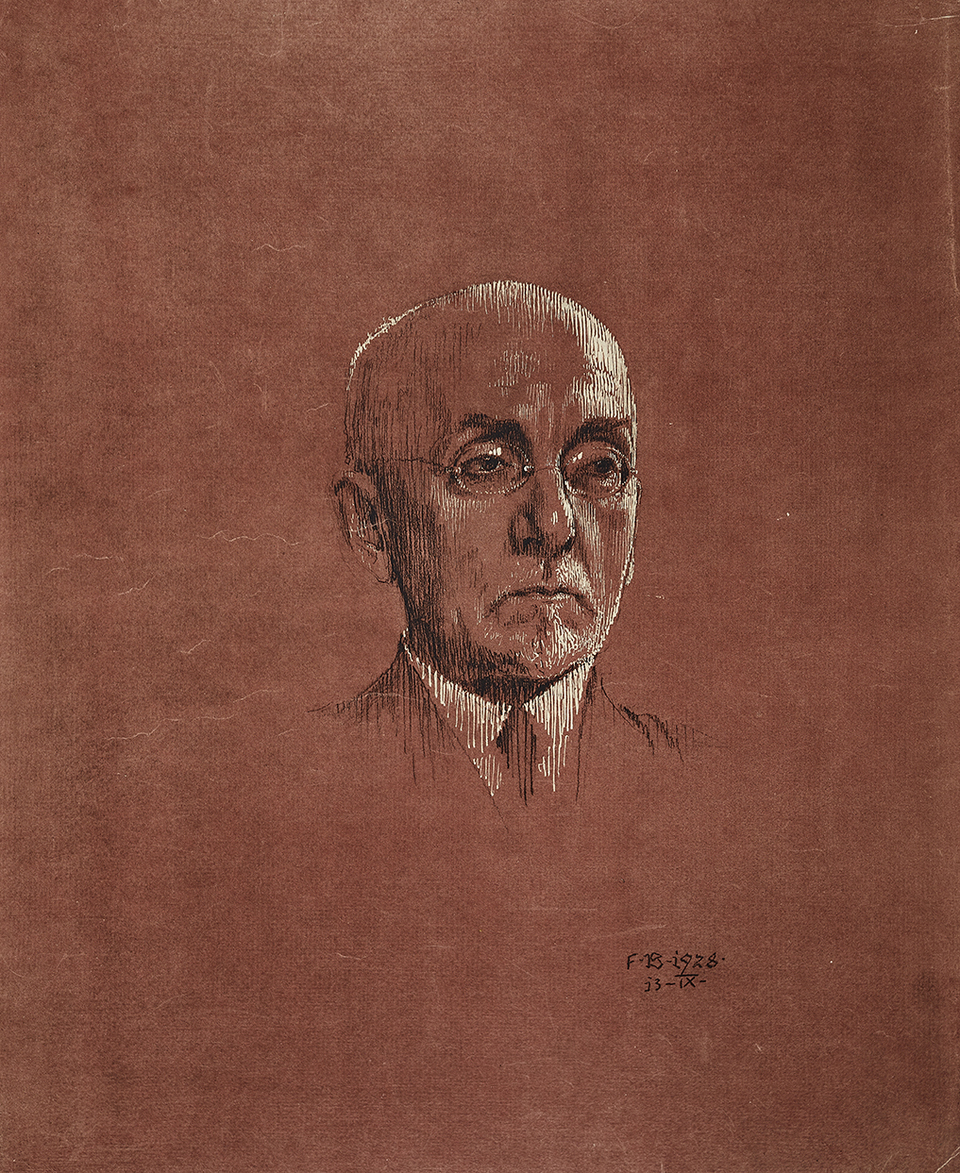 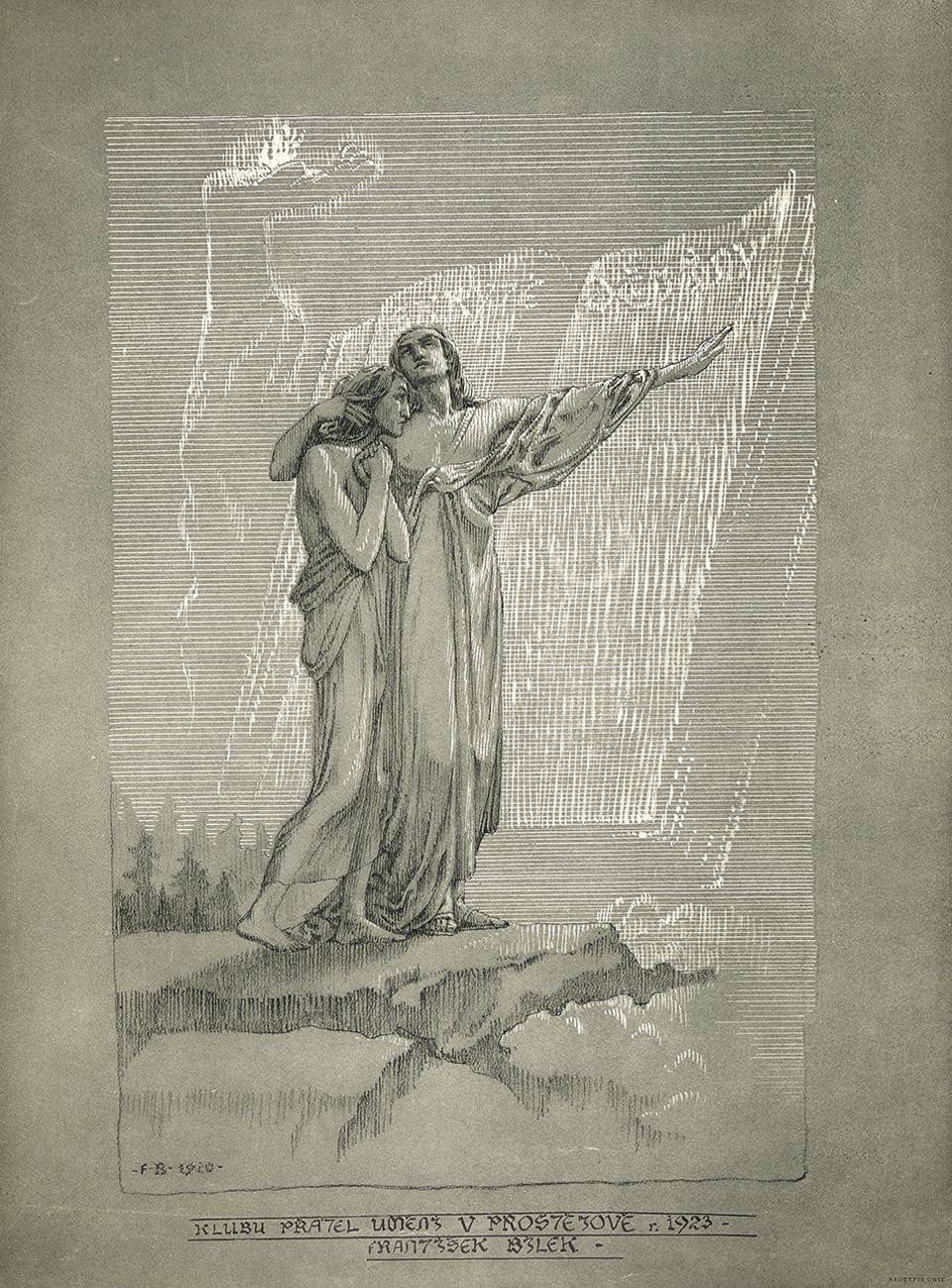 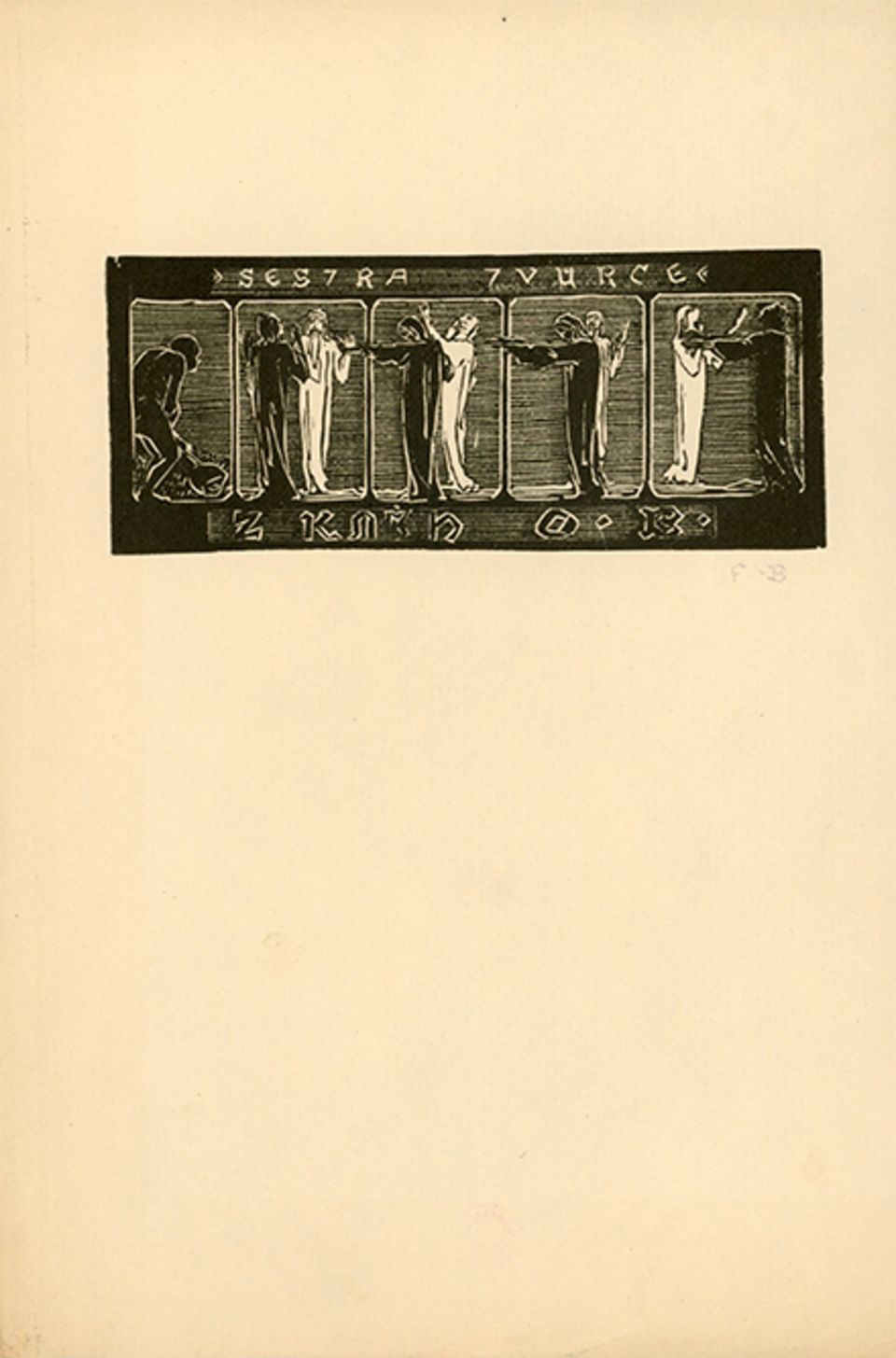 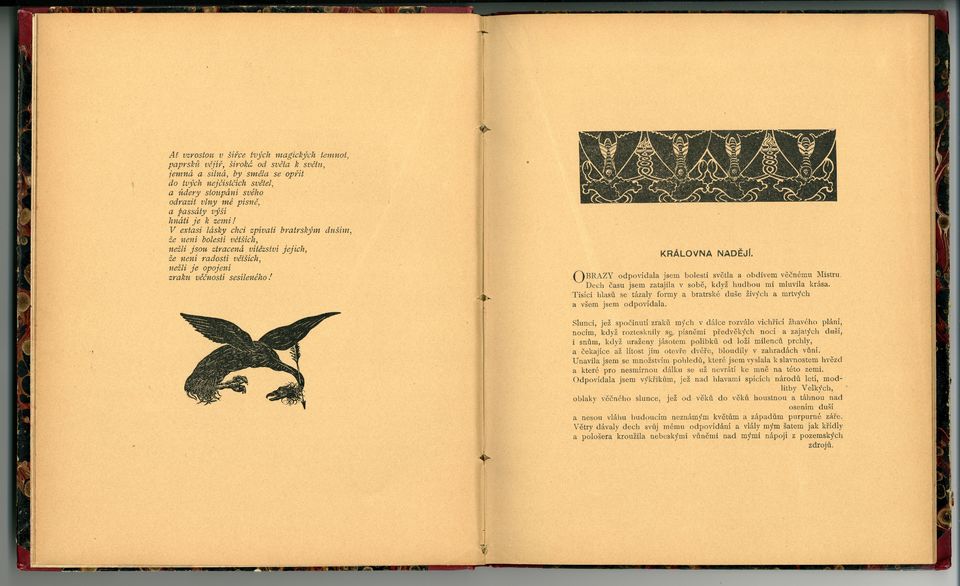 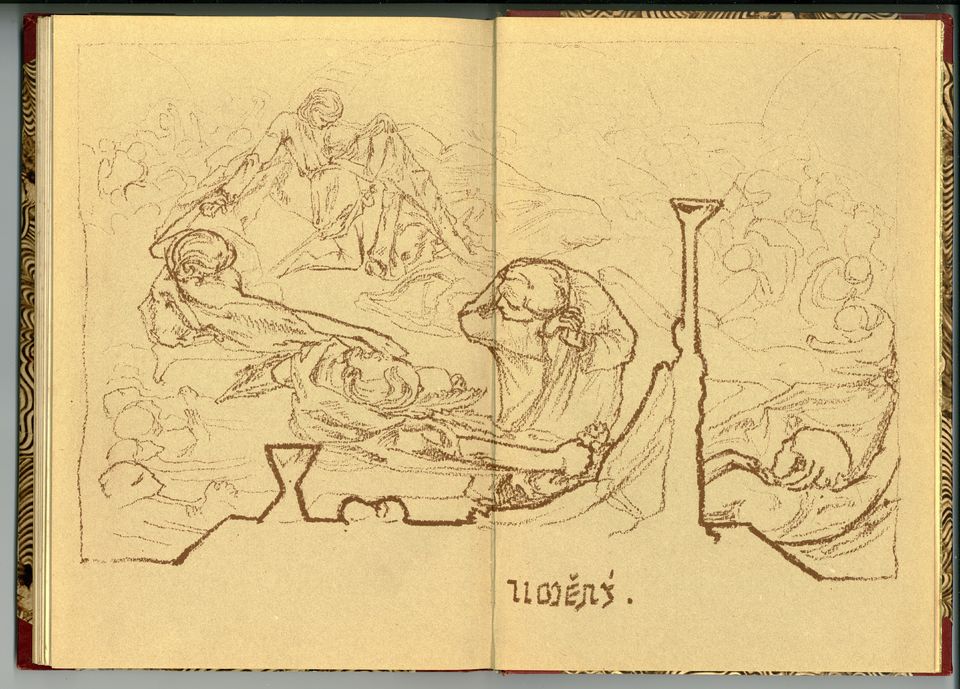 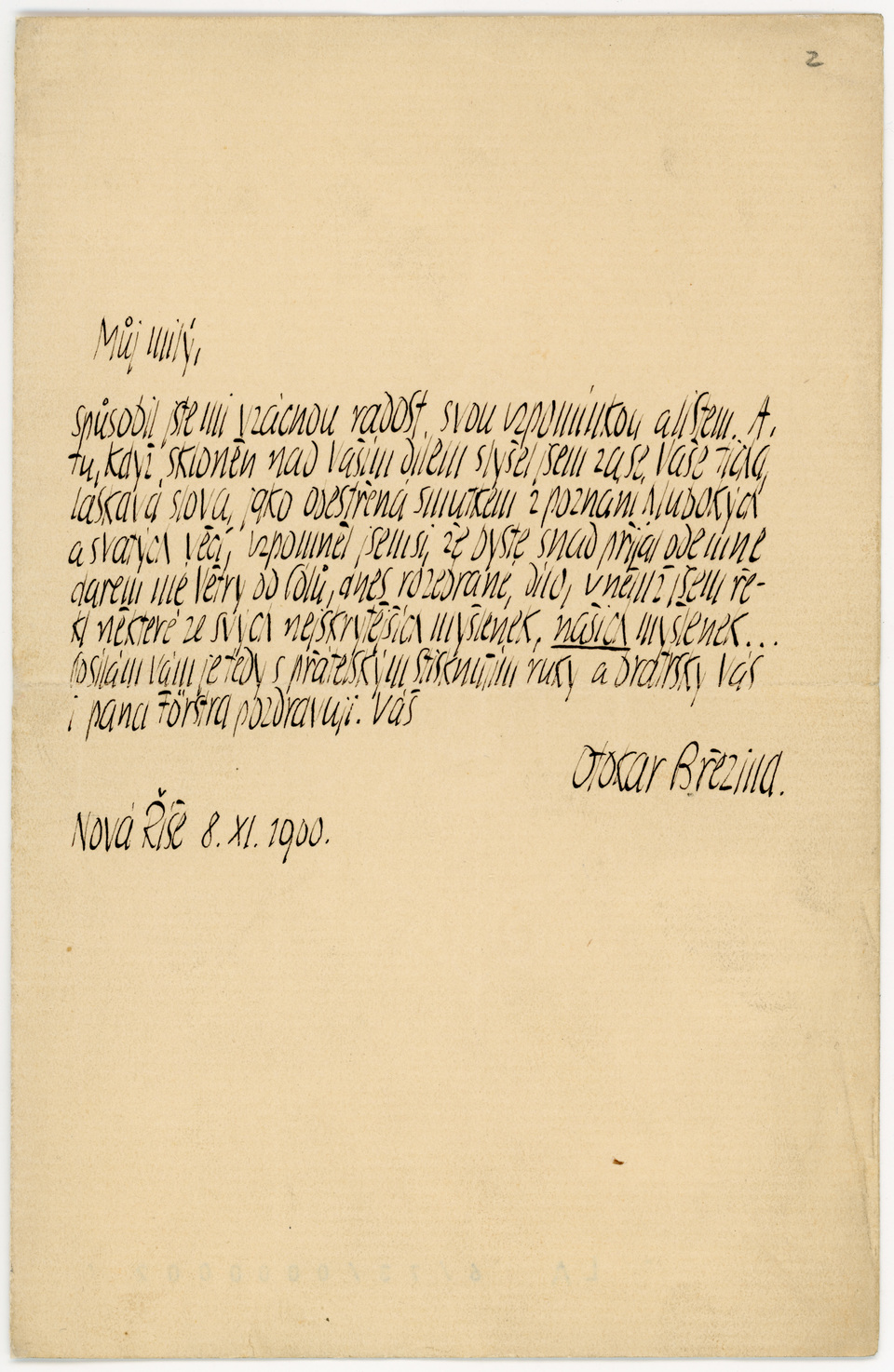 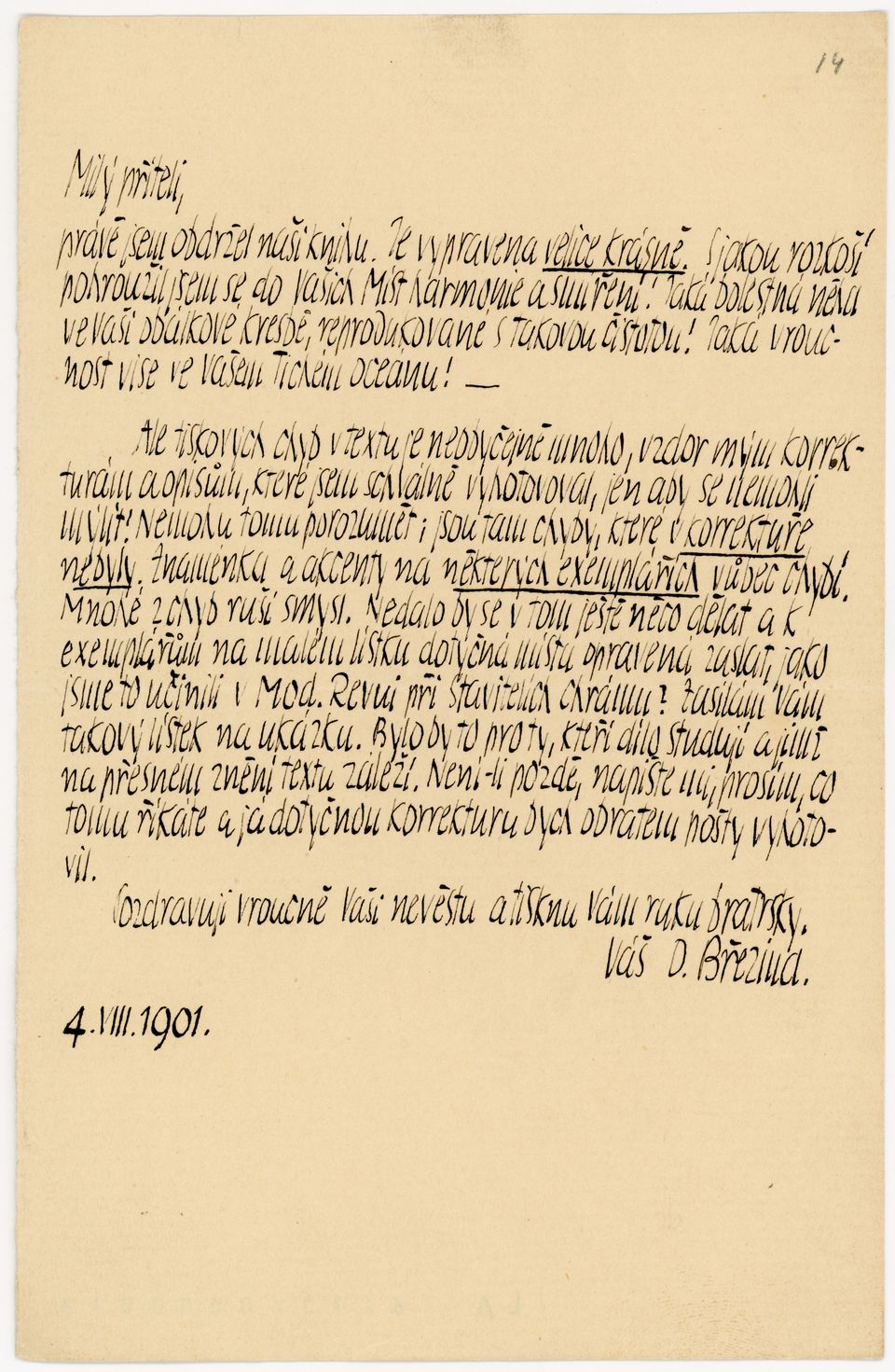 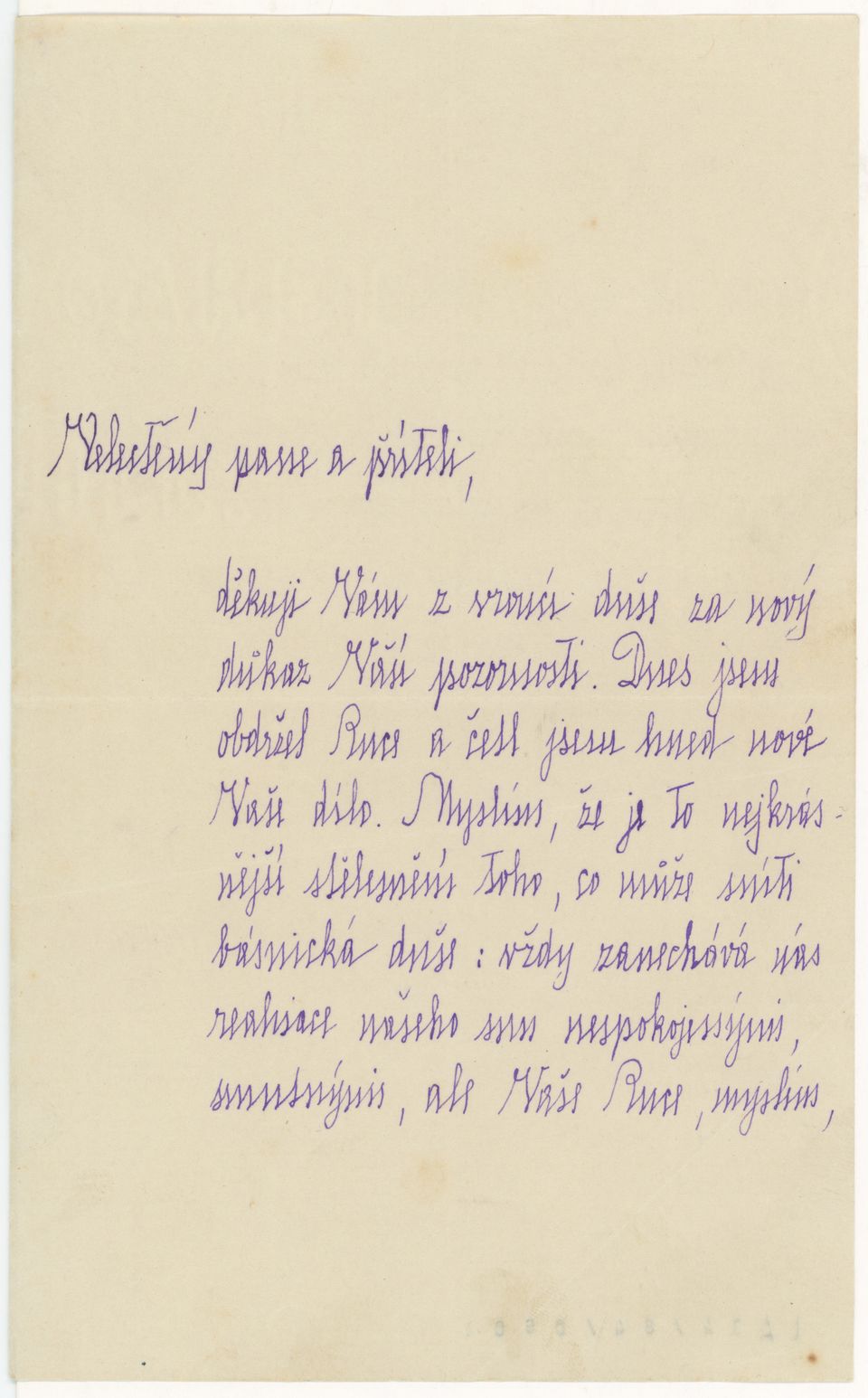 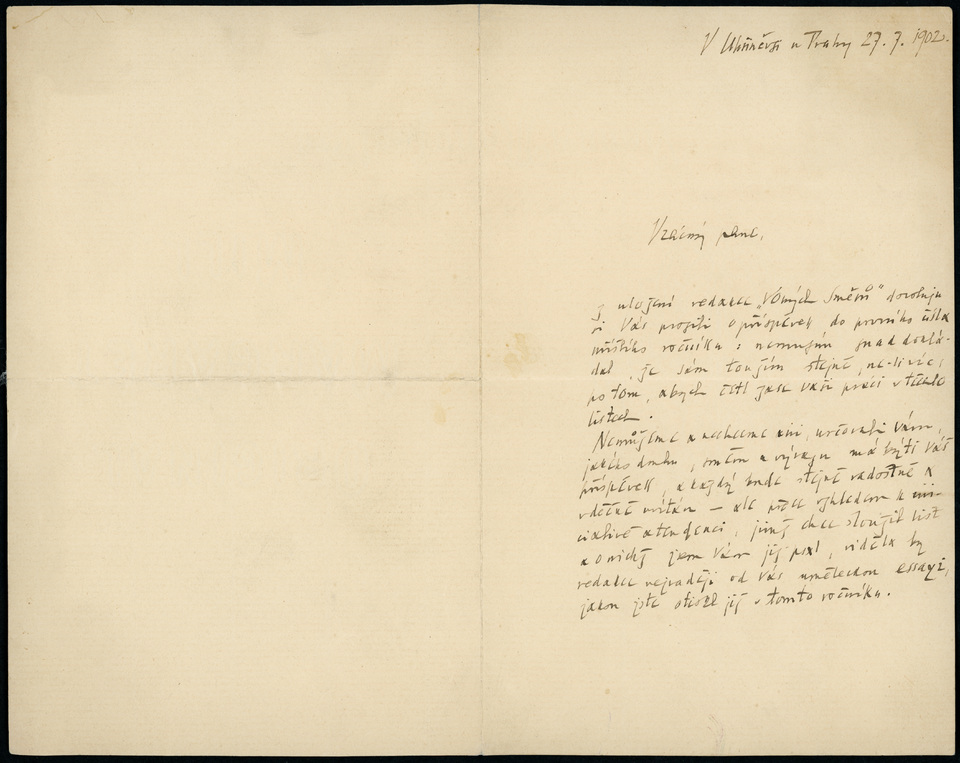 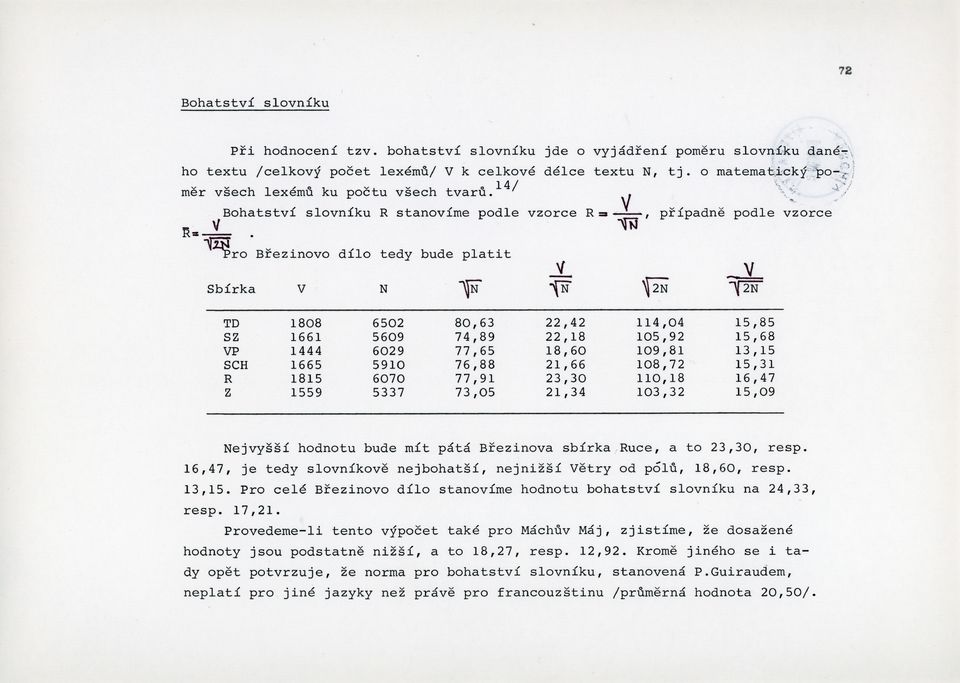 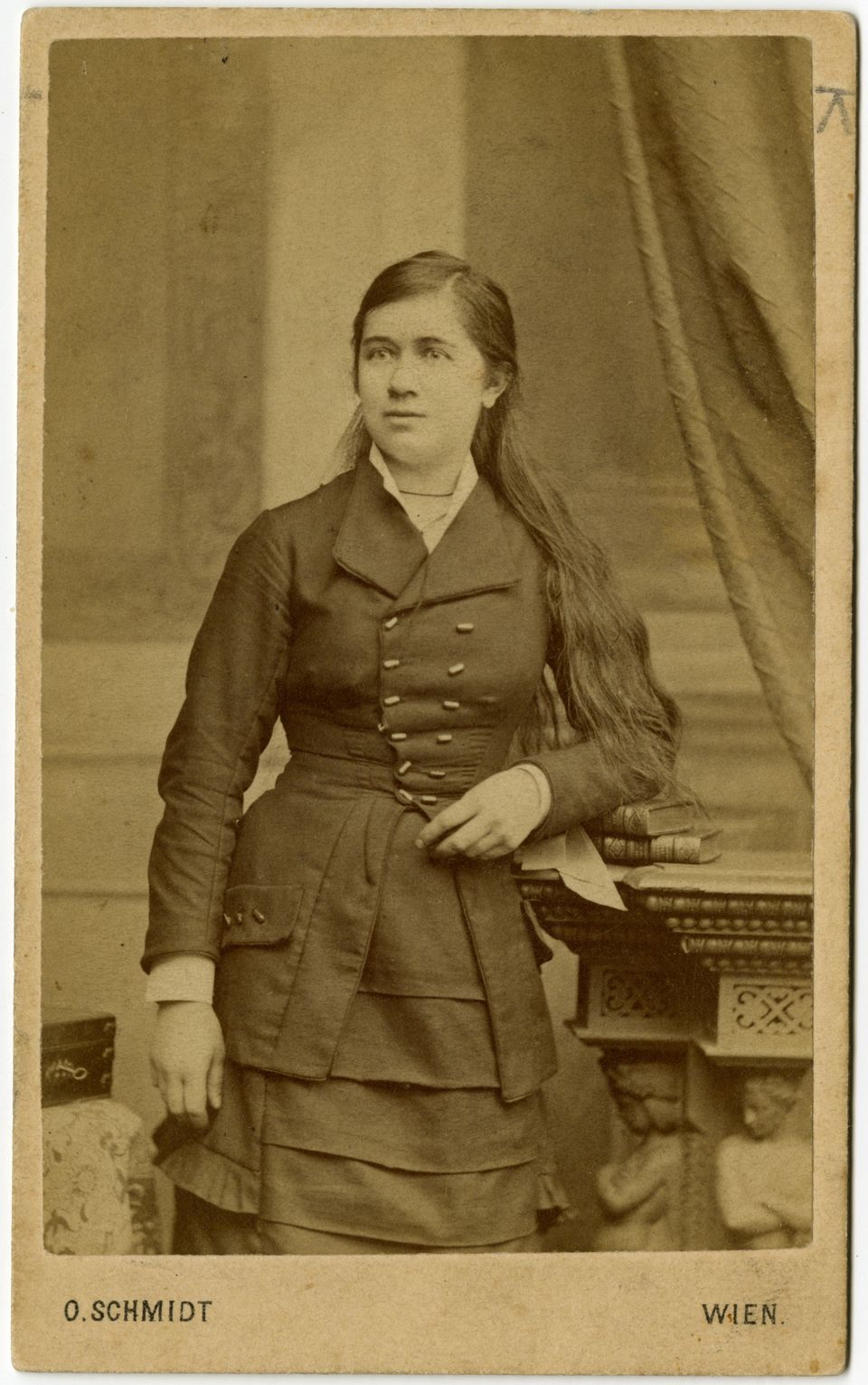 Photographic portrait of Anna Pammrová from her youth (1889) 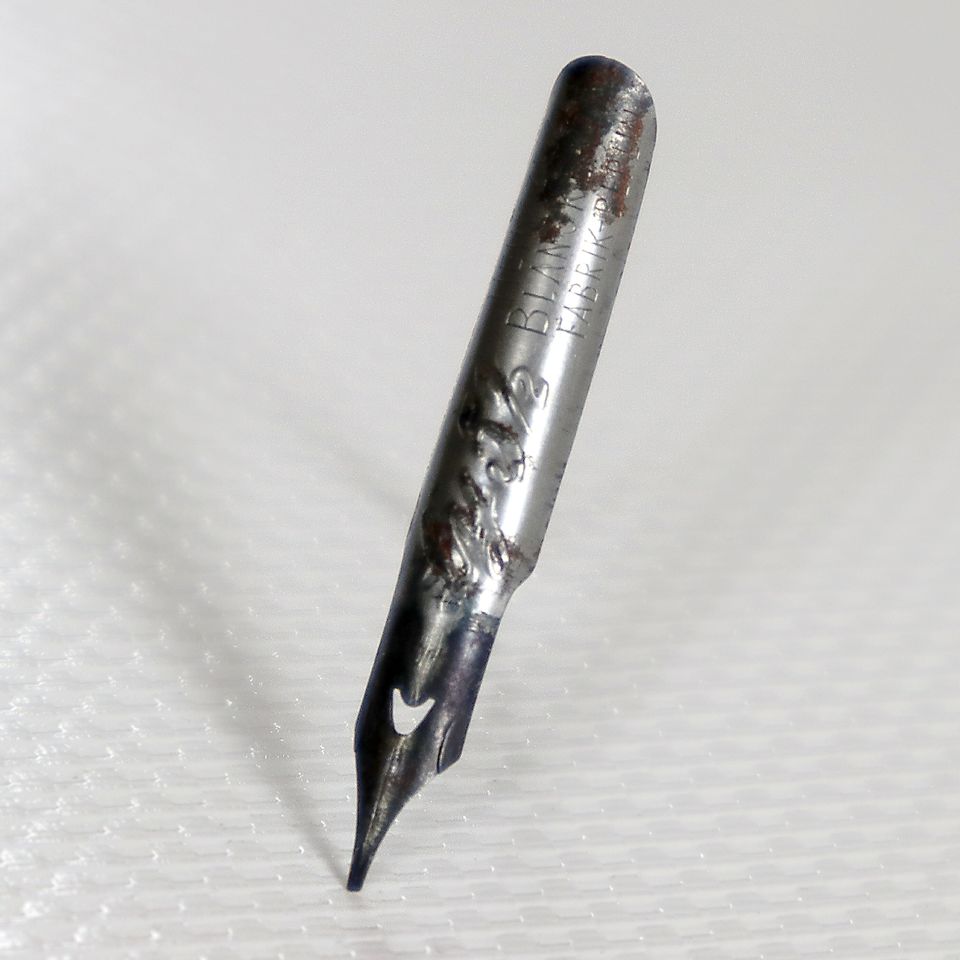 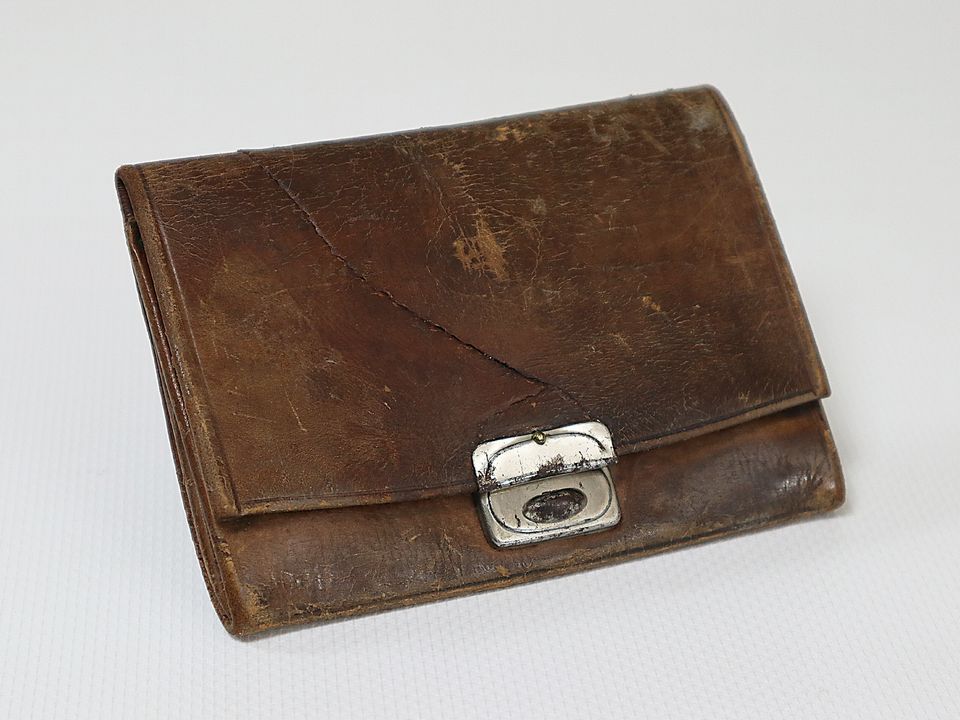 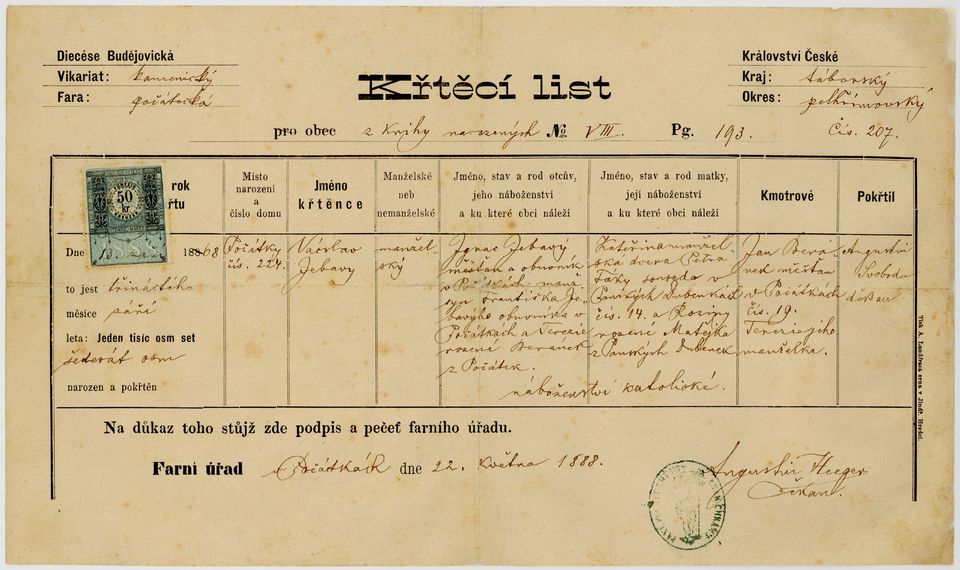 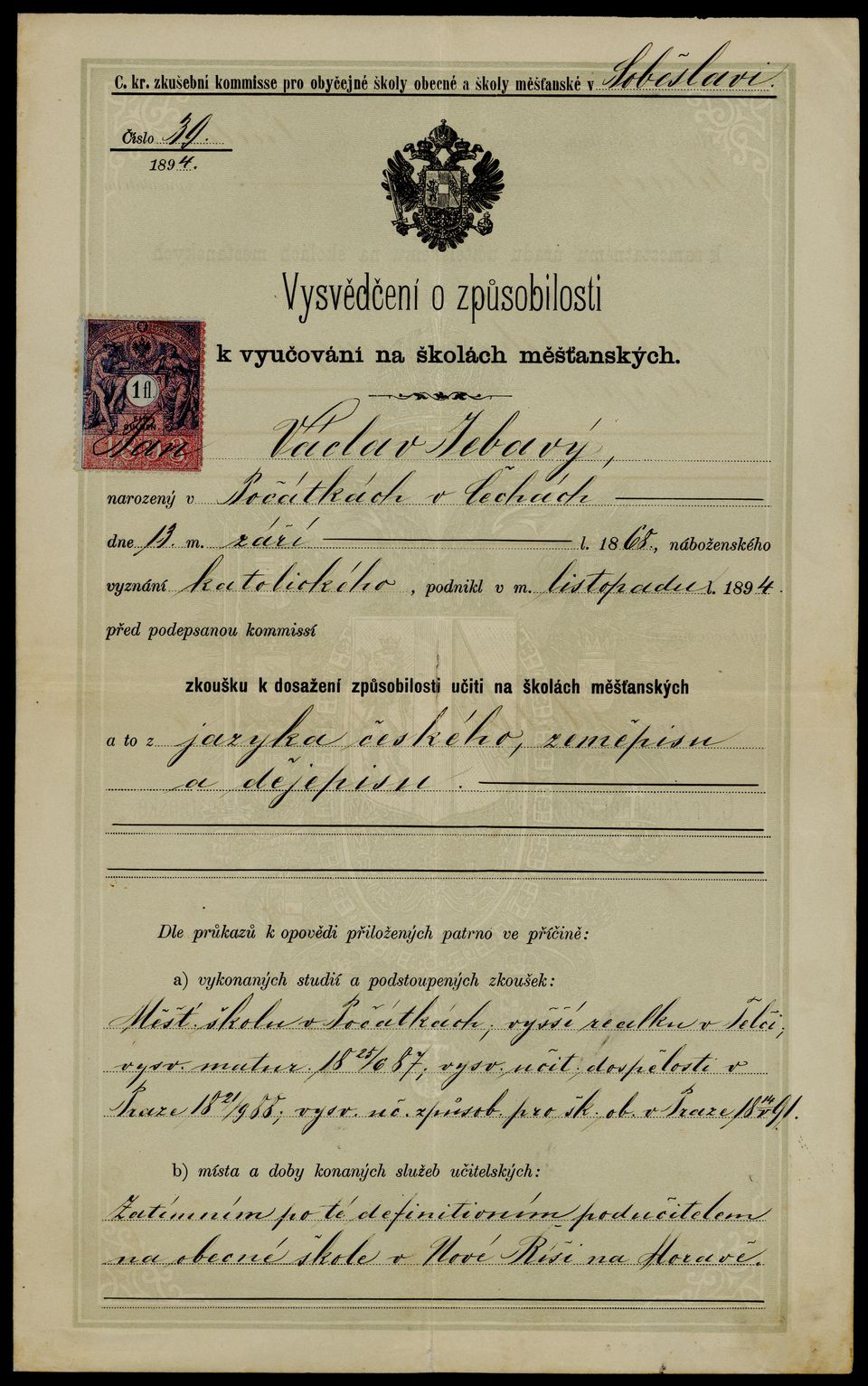 Report cards of Otokar Březina on his performance at schools (1894) 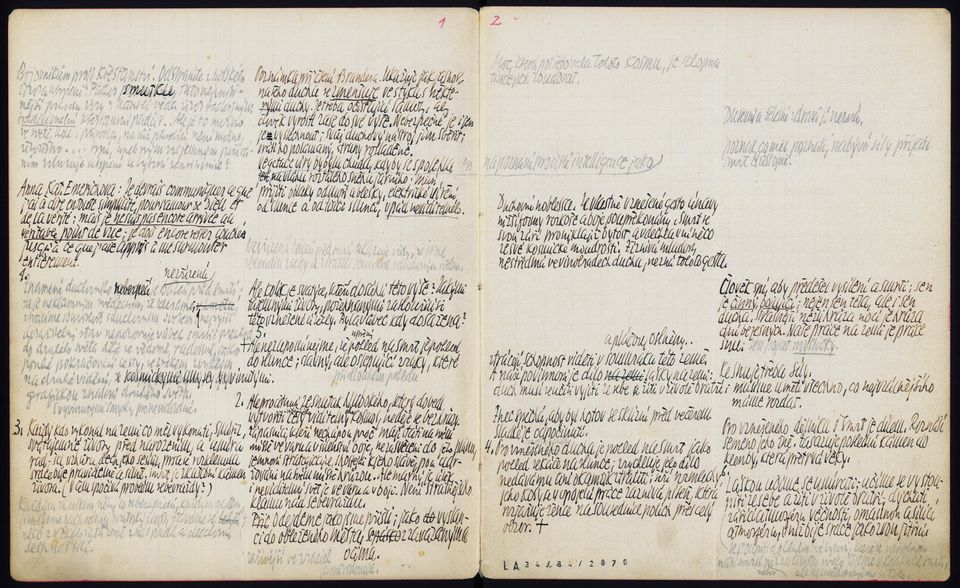 Journal of Otokar Březina (contemplations, notes, outlines for essays) (after 1890) 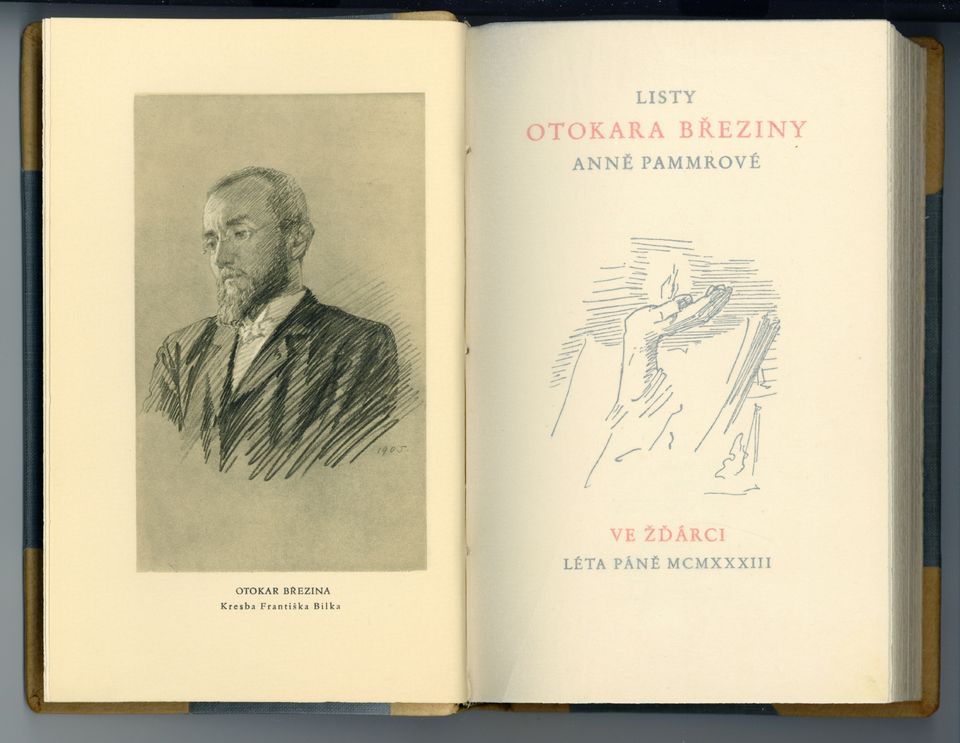 Březina, Otokar: From the letters of Anna Pammrová (1933) 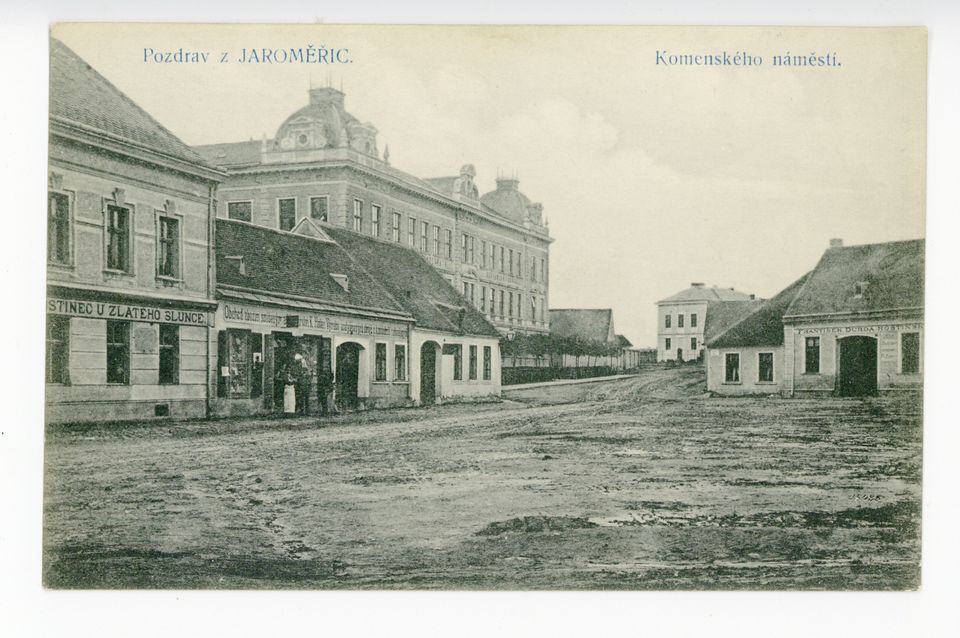 Postcard from Jaroměřice with the signature of Otokar Březina (undated) 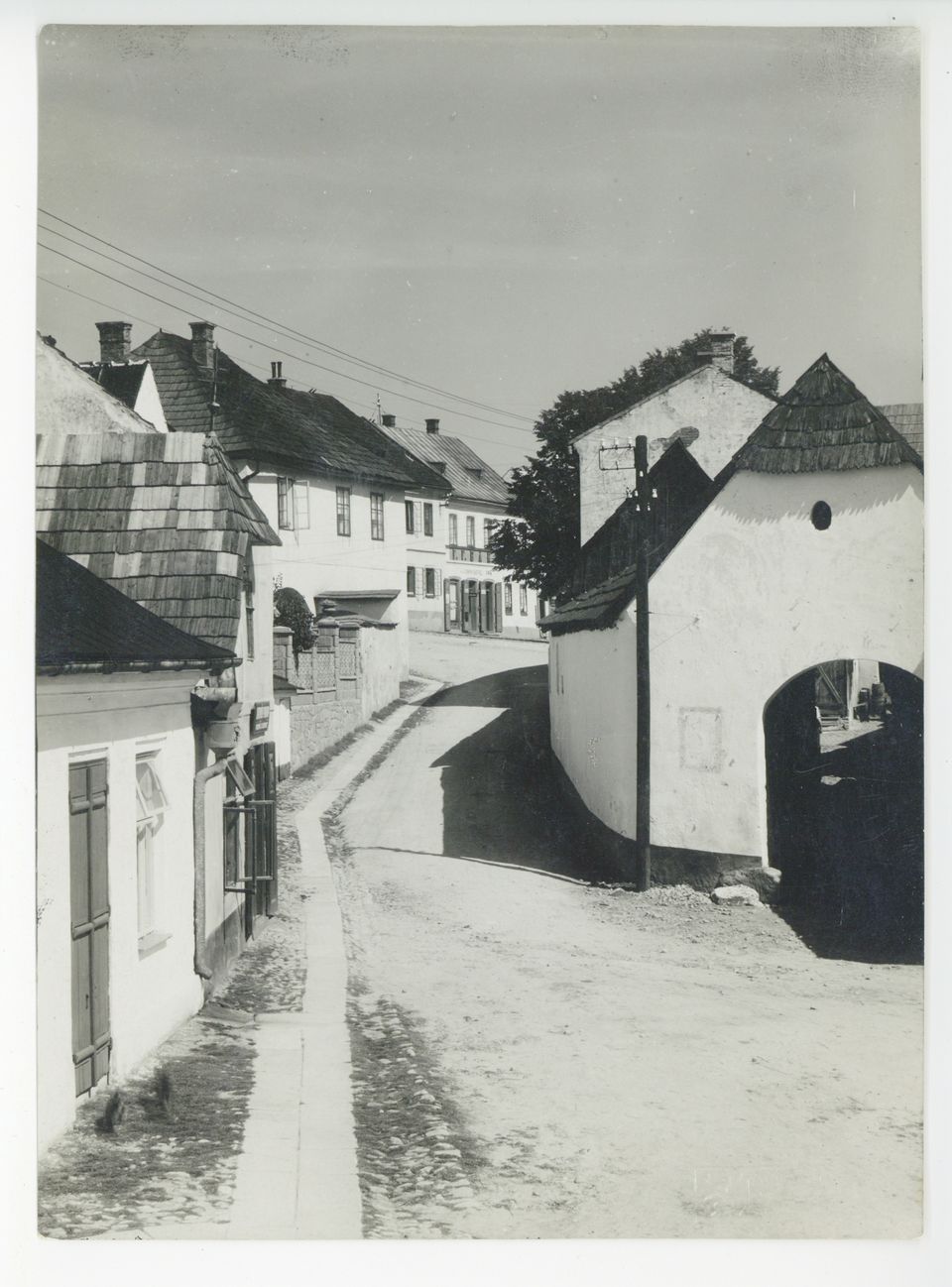 Photo showing the view from the window of Otokar Březina's birthplace in Počátky (undated)
This website uses cookies.