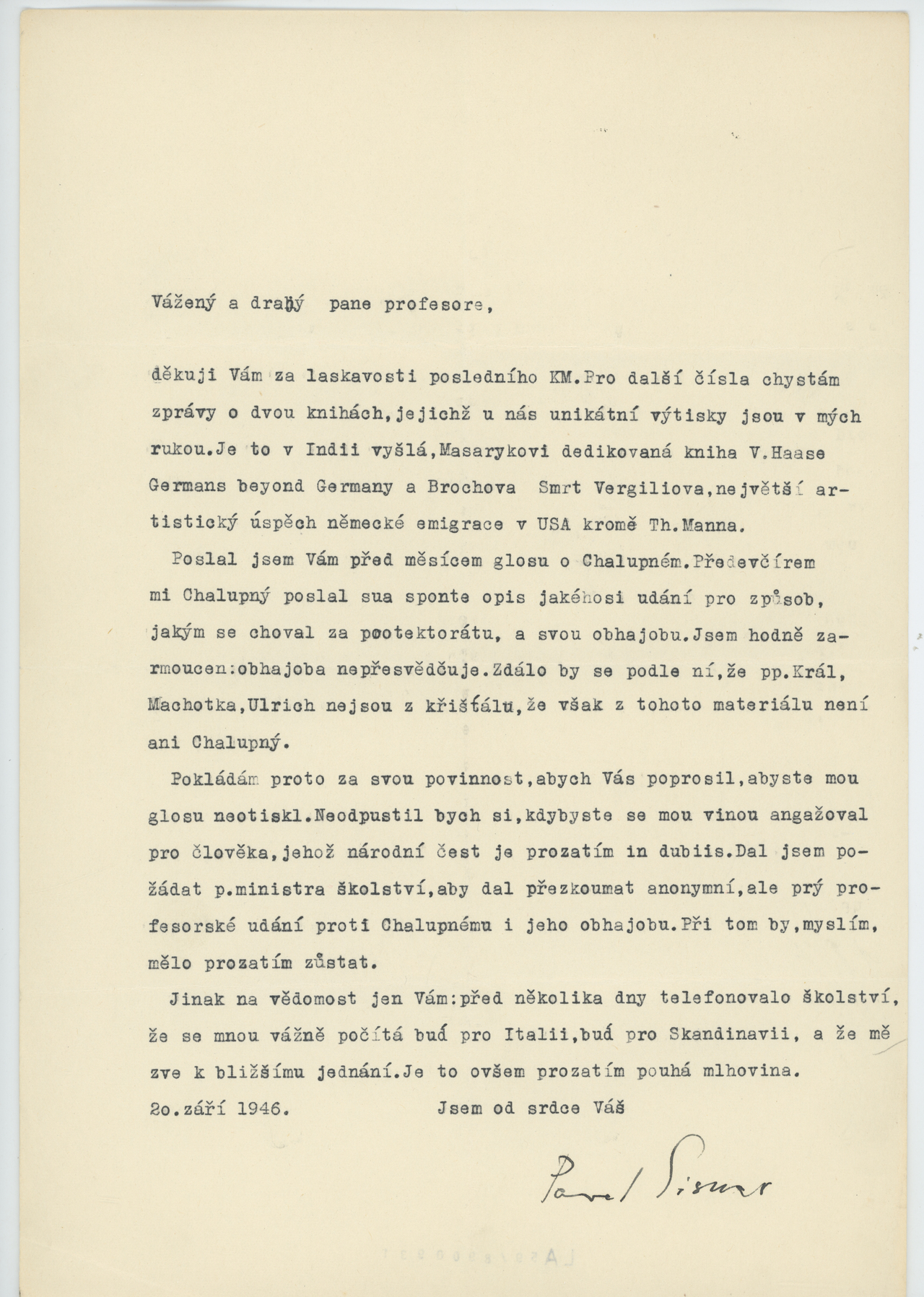 Thank you for the kindness of the latest Kritický měsíčník. I am preparing for future issues reviews of two books, copies of which, scarce in our country, are in my possession. One, published in India and dedicated to Masaryk, is Viktor Haas’s book Germens Blond Germany and Broch’s The Death of Virgil, the greatest artistic success of German emigration in the USA, with the exception of Thomas Mann.
Last month, I sent you a short essay on Chalupný. The day before yesterday Chalupný sent me a sua sponte copy of some denunciation of his behaviour during the Nazi occupation and his defence. This is very saddening: the defence is not convincing. Judging by the defence, it seems that e.g. Král, Machotka and Ulrich are as pure as snow, and neither is Chalupný.
I therefore consider it my obligation to ask that you not print my short essay. I would not be able to forgive myself if, by my own fault, you were to become engaged in matters that involved a person whose national honour is at this time dubious. I asked the Minister of Education to review this denunciation (which, though anonymous, was apparently written by a professor) of Chalupný and his defence. I think that should do for now.
Otherwise, just to let you know: a few days ago, the Ministry of Education called to say that it was seriously counting on me for either Italy of Scandinavia, and that it was inviting me to a meeting for further talks. Yet everything is still in a fog.
20 Sept. 1946
Sincerely yours,
Pavel Eisner

Other exhibits from the chapter Pavel Eisner 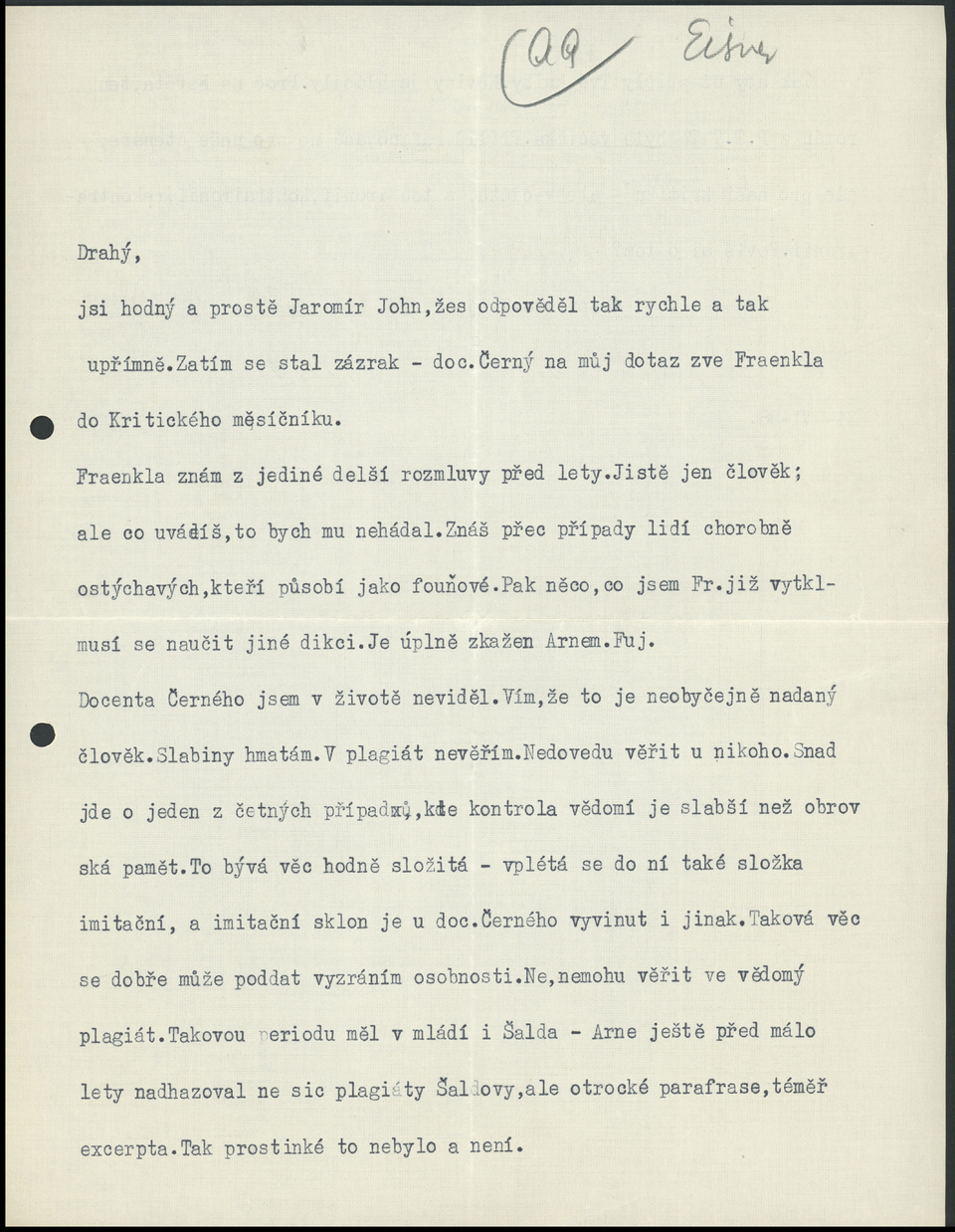 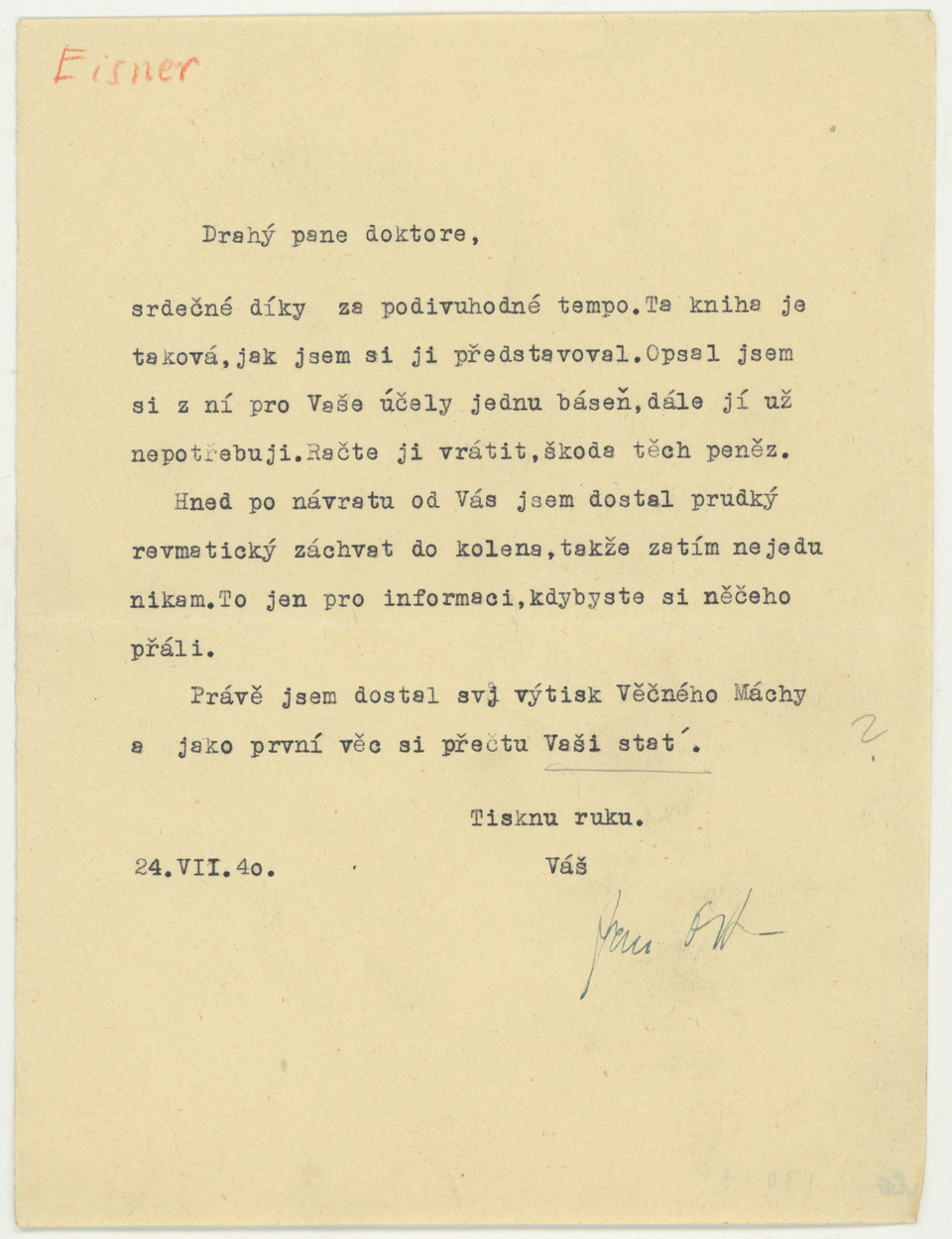 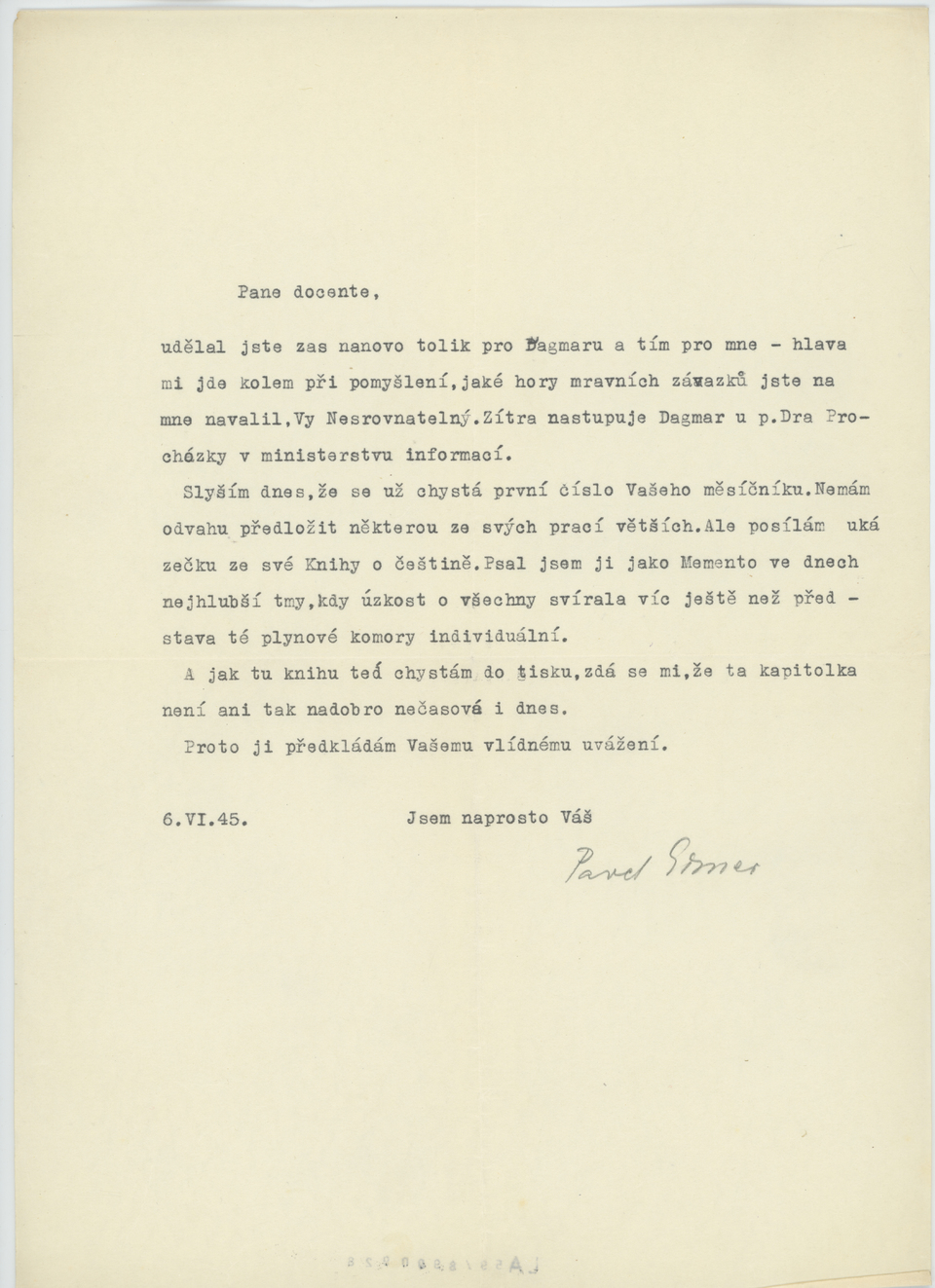 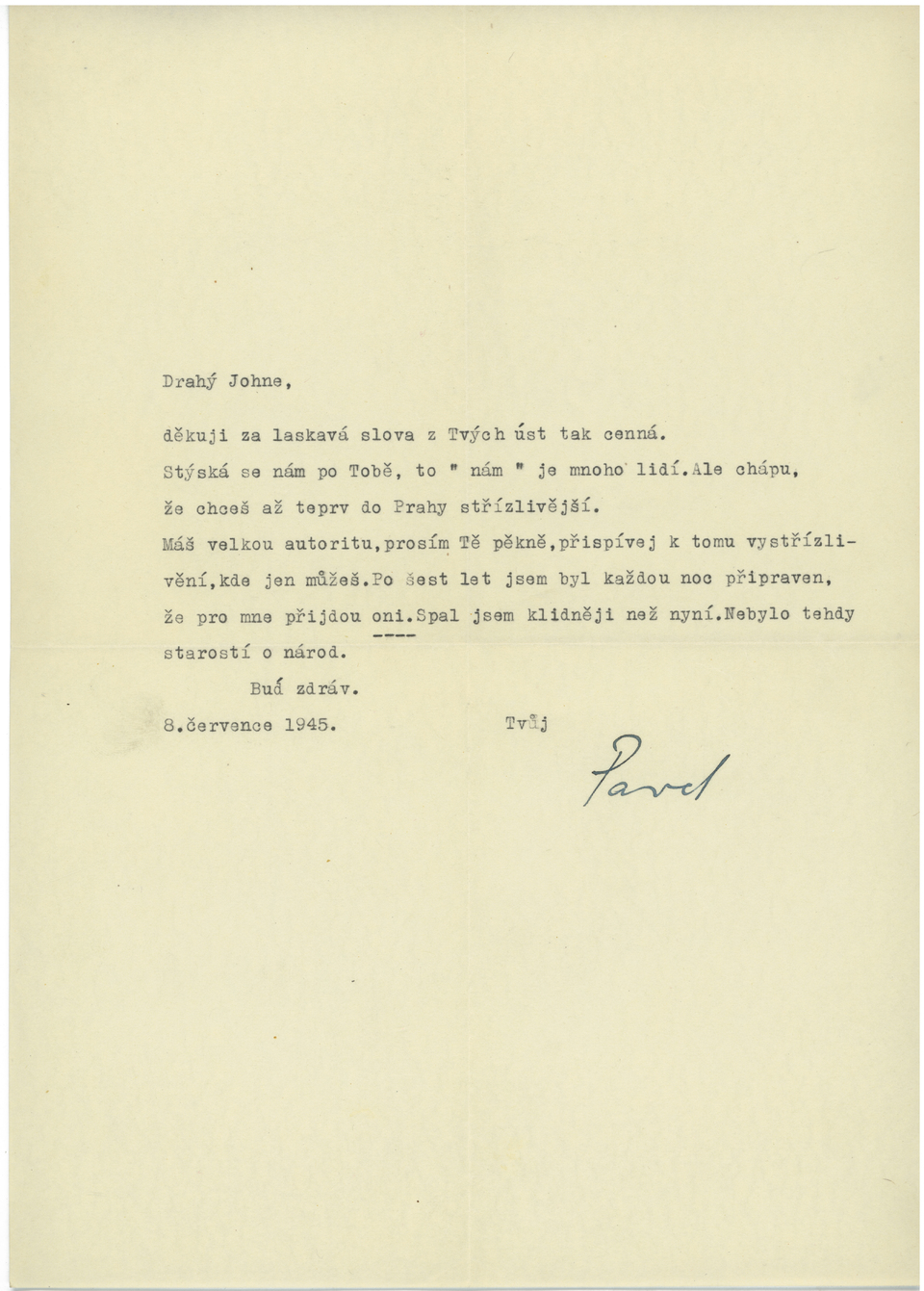 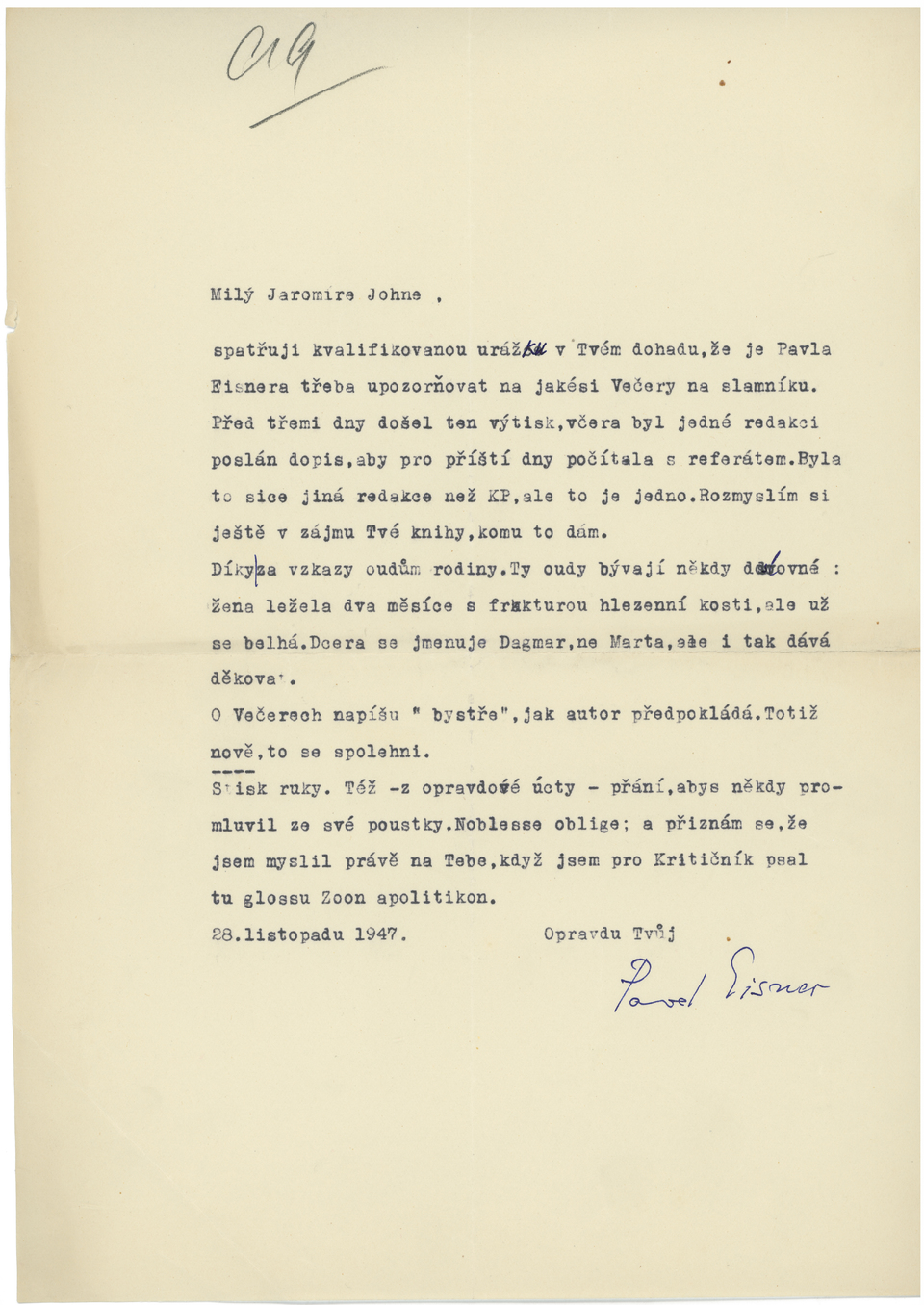 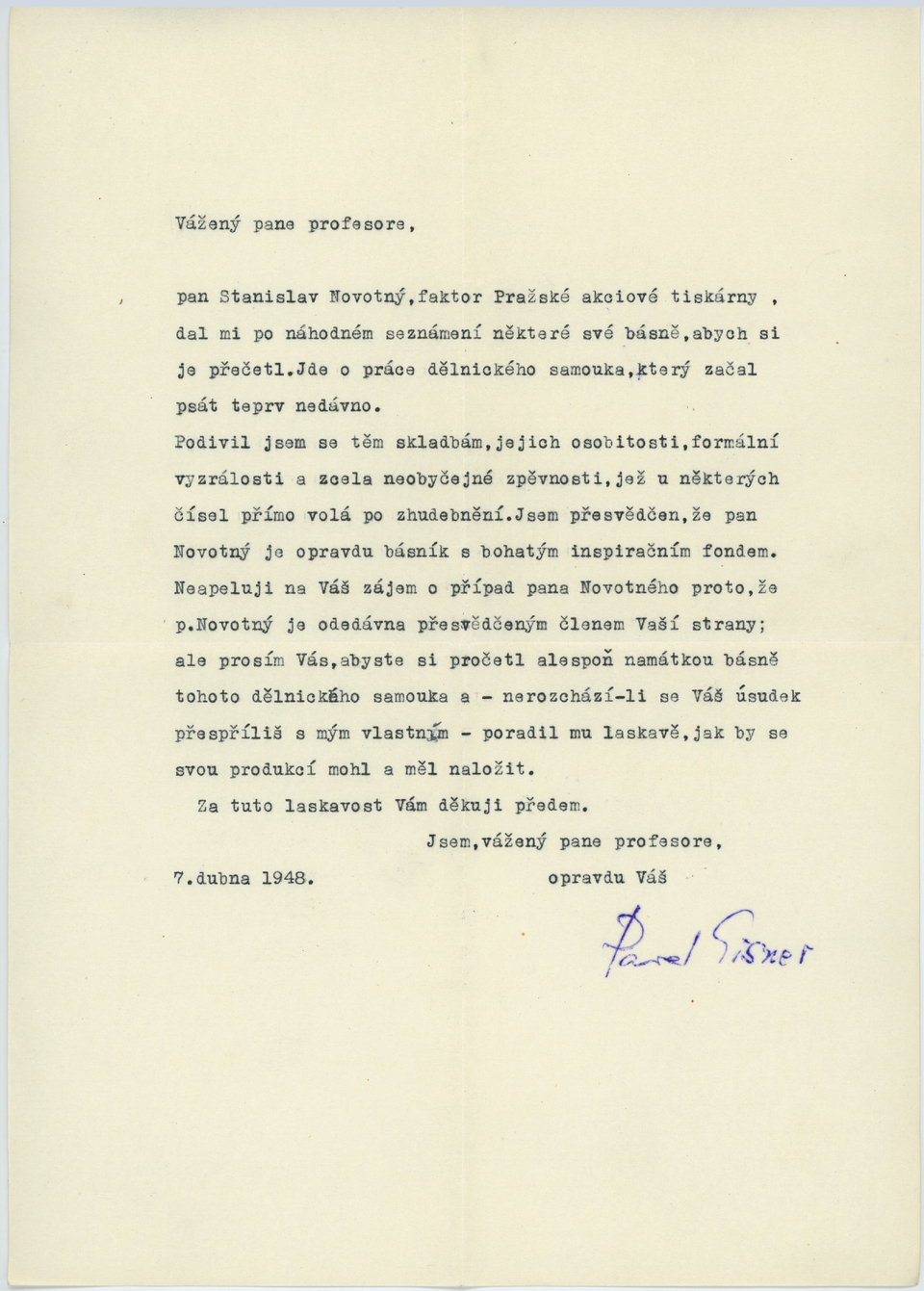