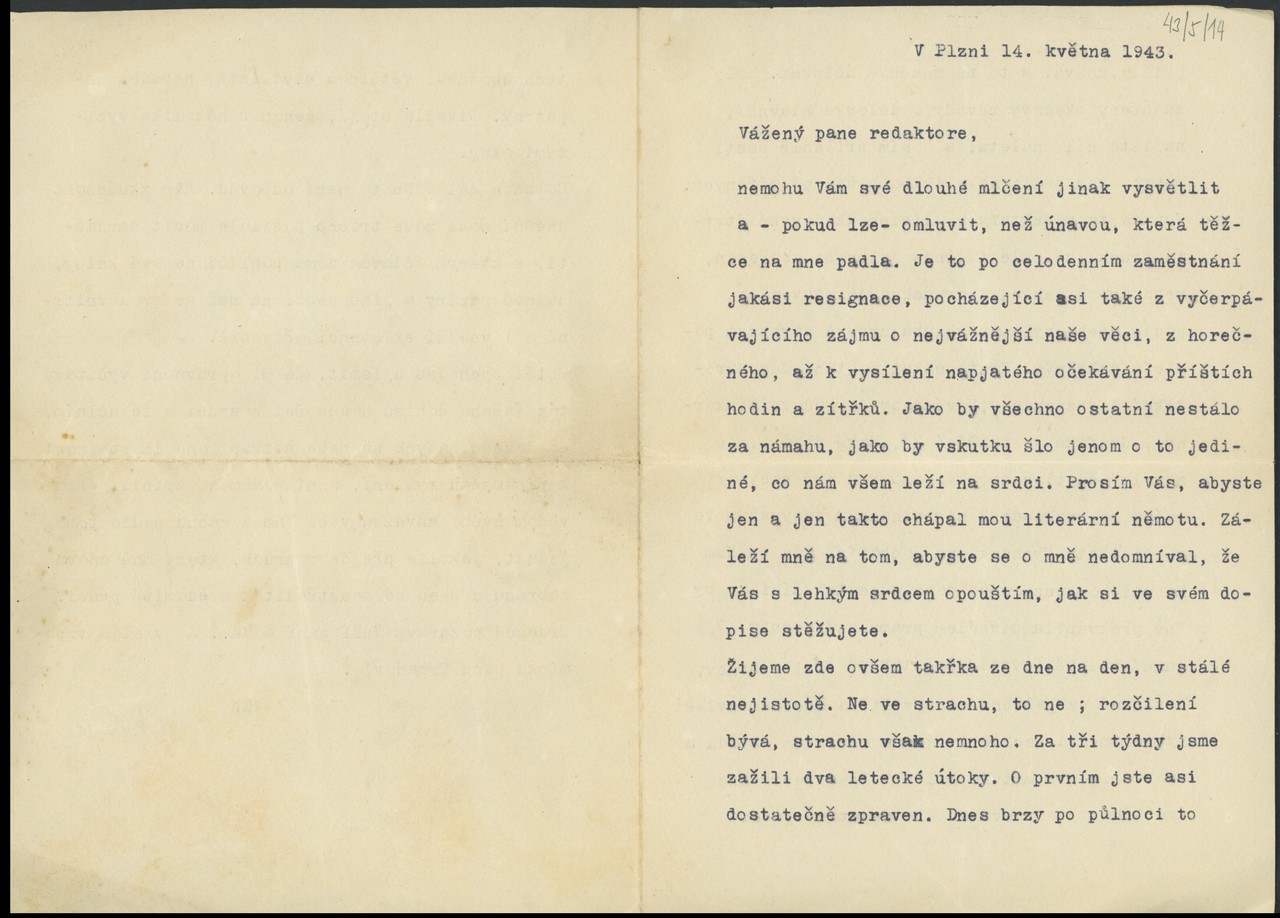 Plzeň, 14 May 1943
Dear Dr. Kopecký,
The only way of explaining to you and, if possible, excusing my long silence, is by blaming it on the fatigue that has hit me hard. It is a kind of resignation after a full day’s work, which also probably comes from the exhausting interest in our most serious matters, from the feverish and tense expectations of the coming hours and tomorrows that can be so exhausting. As if everything else were not worth the effort, as if it were really the only thing close to our hearts. I ask that you understand my literary silence in this way and in this way only. I don’t want you to think that I am abandoning you without a second thought as you complain of in your letter.
We are living here from day to day in constant uncertainty. No, not in fear; there is anger, but little fear. Over the course of three weeks, we have been subject to two air raids. You’ve probably been informed of the first one. Another, inflicting considerable damage, 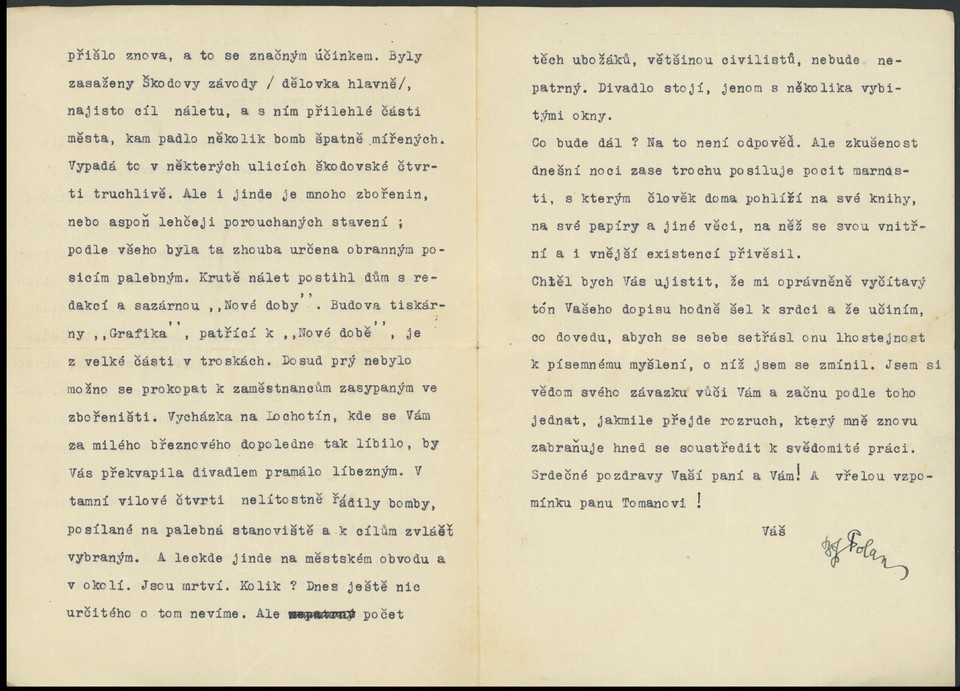 occurred today shortly after midnight. The Škoda plant (cannon barrels manufacturing), certainly the target of the raid, was hit, and with it the adjacent part of the city, where some errantly aimed bombs were dropped. Some of the streets of the Škoda district look woeful. Elsewhere there is much destruction as well, or at least partially damaged buildings; it seems the defensive firing positions were targeted. The building with the editorial office and typesetting room for the periodical Nová doba (New Age) was harshly damaged. The building of the Grafika printing press, belonging to Nová doba is largely in ruins. Apparently, they still haven’t been able to dig to the employees buried in the debris. A walk to Lachotín, which so pleased you that nice March morning, would surprise you by how dismal it is to behold. The villa quarter there was bombed relentlessly, the aim being to destroy the firing point and other specially selected targets. Areas around the city and its surroundings were hit. There are casualties. How many? We still don’t know for certain. But the number of those poor souls, mostly civilians, will not be negligible. The theatre is still standing, there are only a few broken windows.
Nobody knows what to expect next. But last night’s experience slightly reinforces the sense of futility with which one regards one’s books, one’s papers and other things, on which has hung one’s internal and external existence.
I want to assure you that the justifiably reproachful tone of your letter went straight to my heart and that I will do what I can to shake off the indifference to writing that I have mentioned. I am aware of my commitment to you and will act accordingly as soon as the commotion passes that has prevented me from focusing on conscientious work. My warmest regards to you and your wife! And please remember me to Mr. Toman!
Yours, B. Polan

Other exhibits from the chapter Bohumil Polan 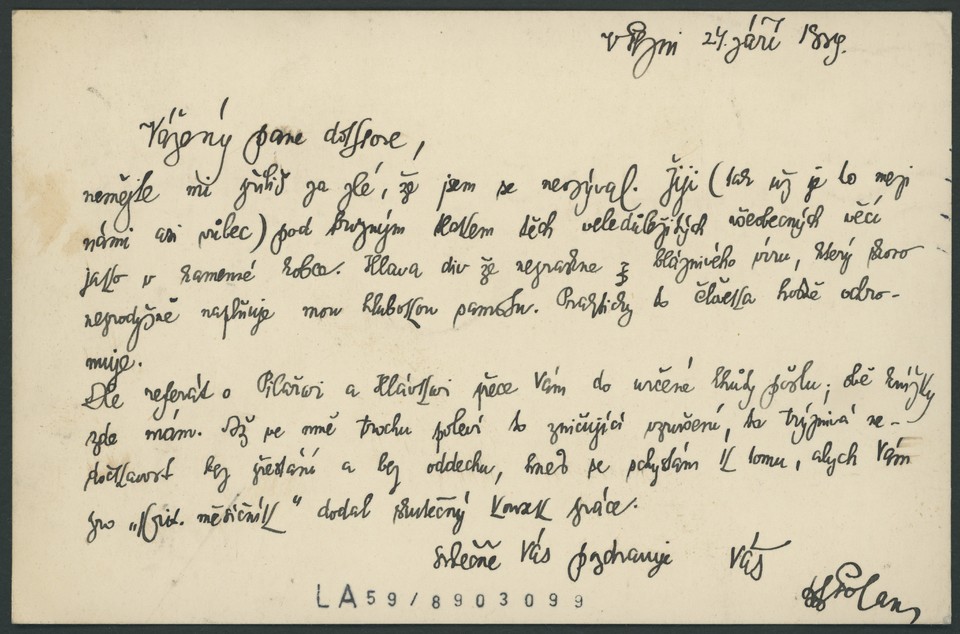 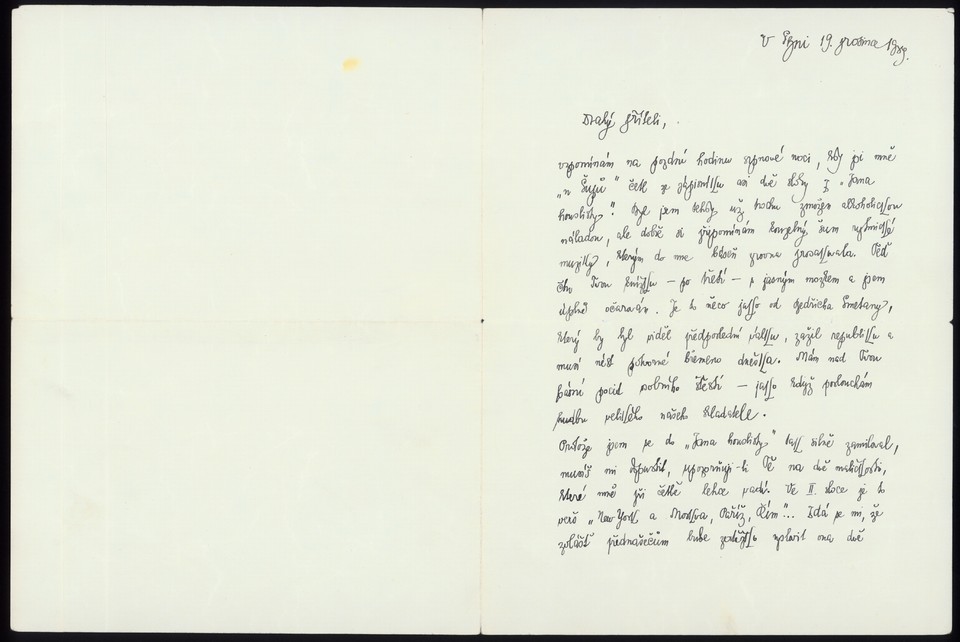 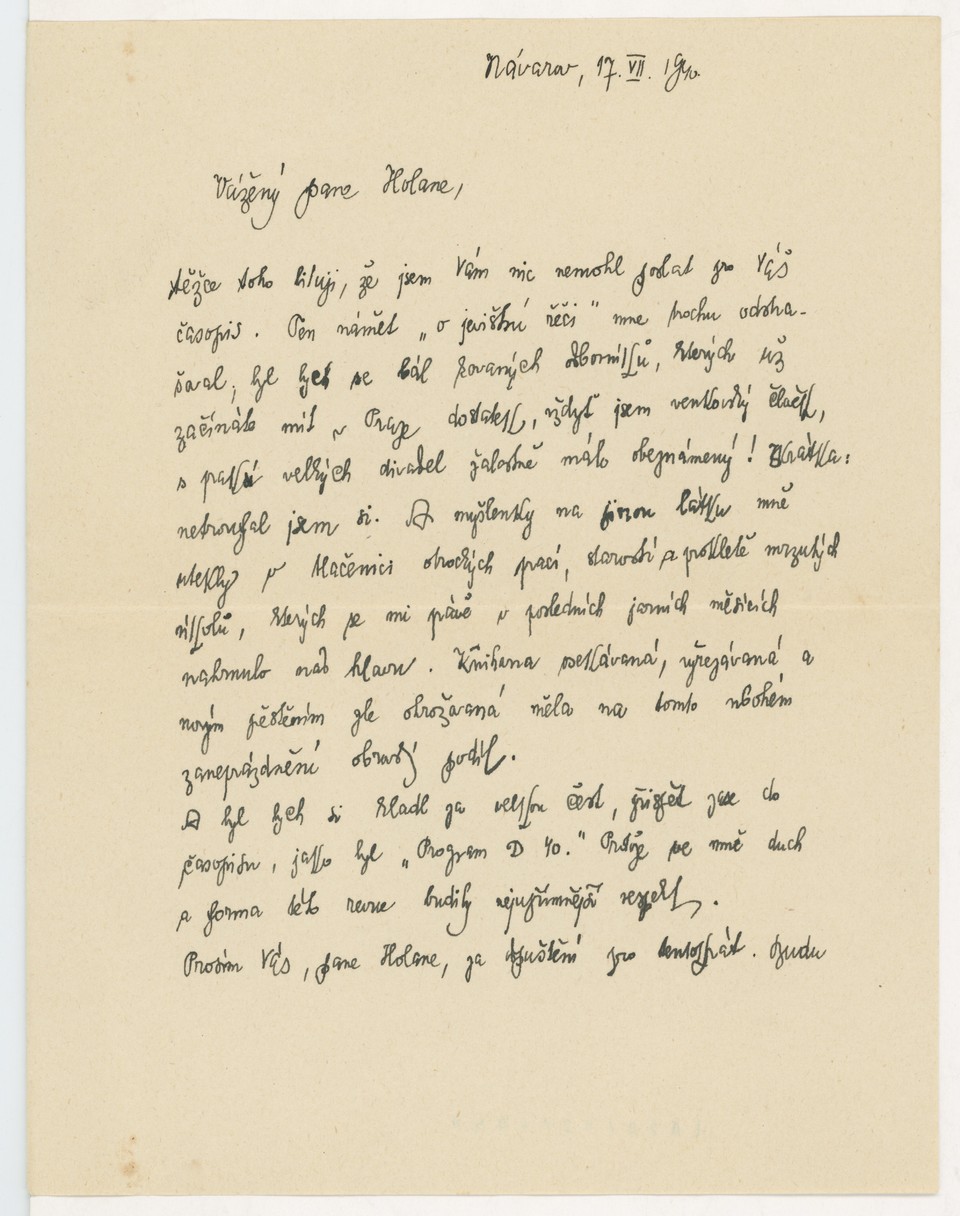 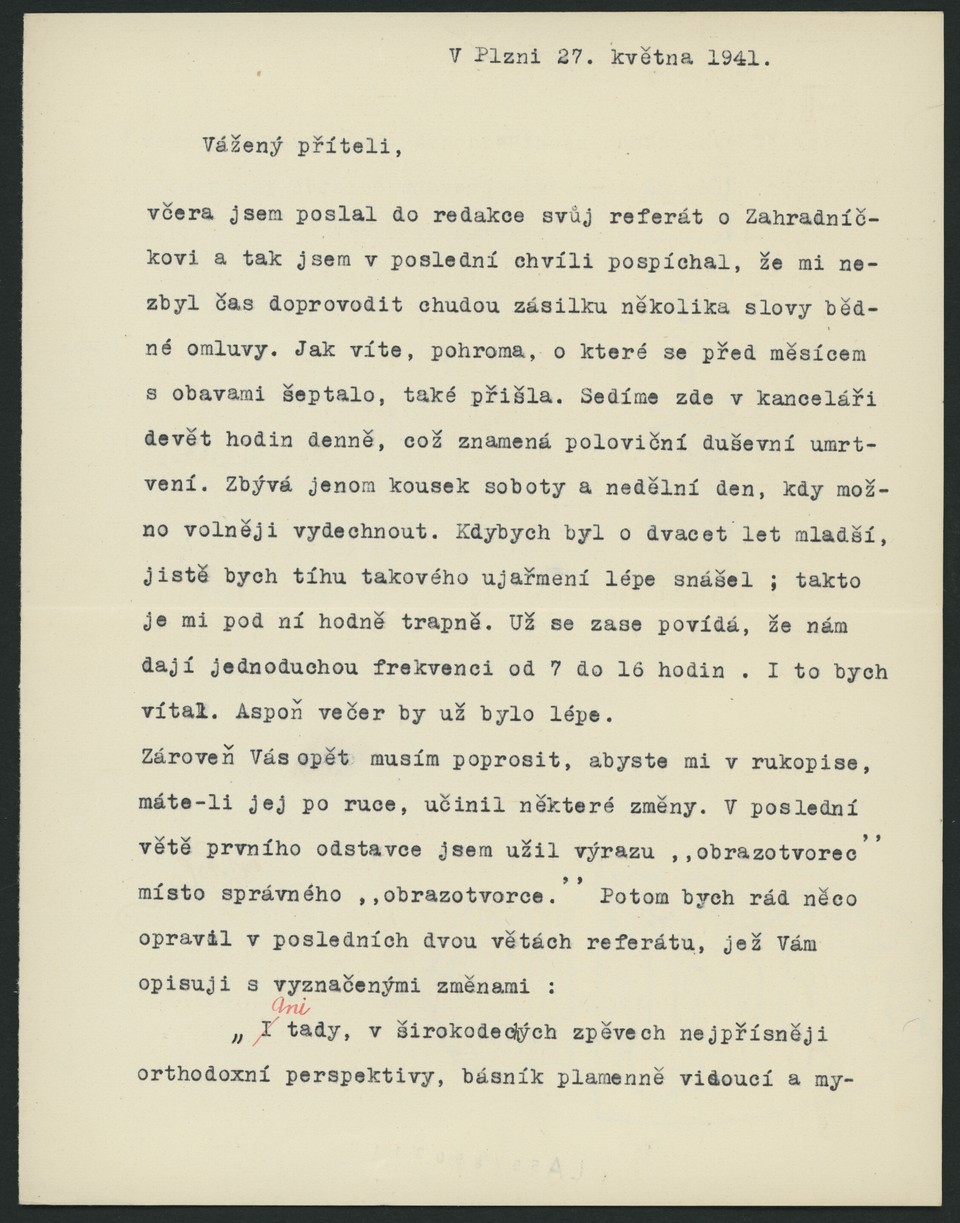 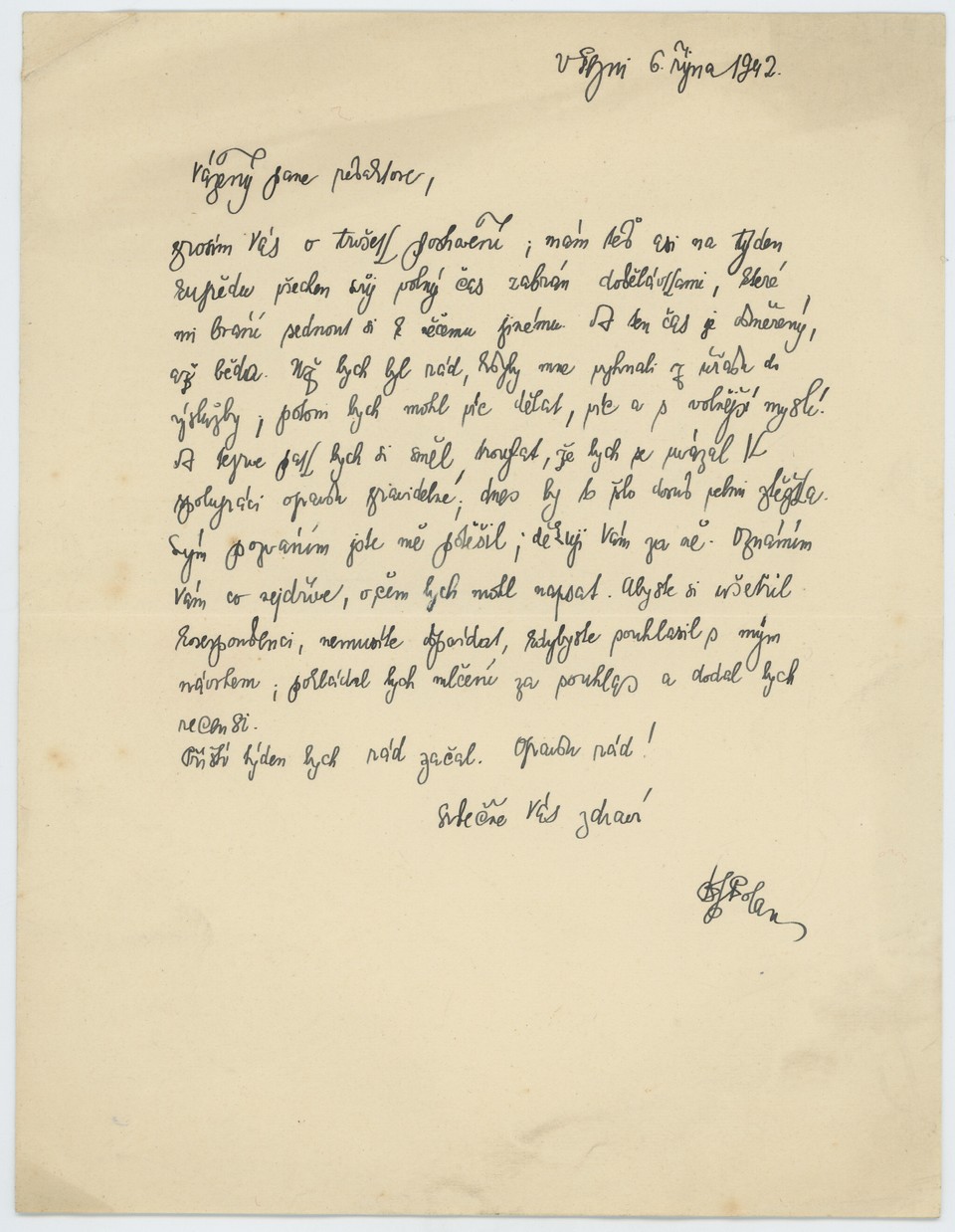 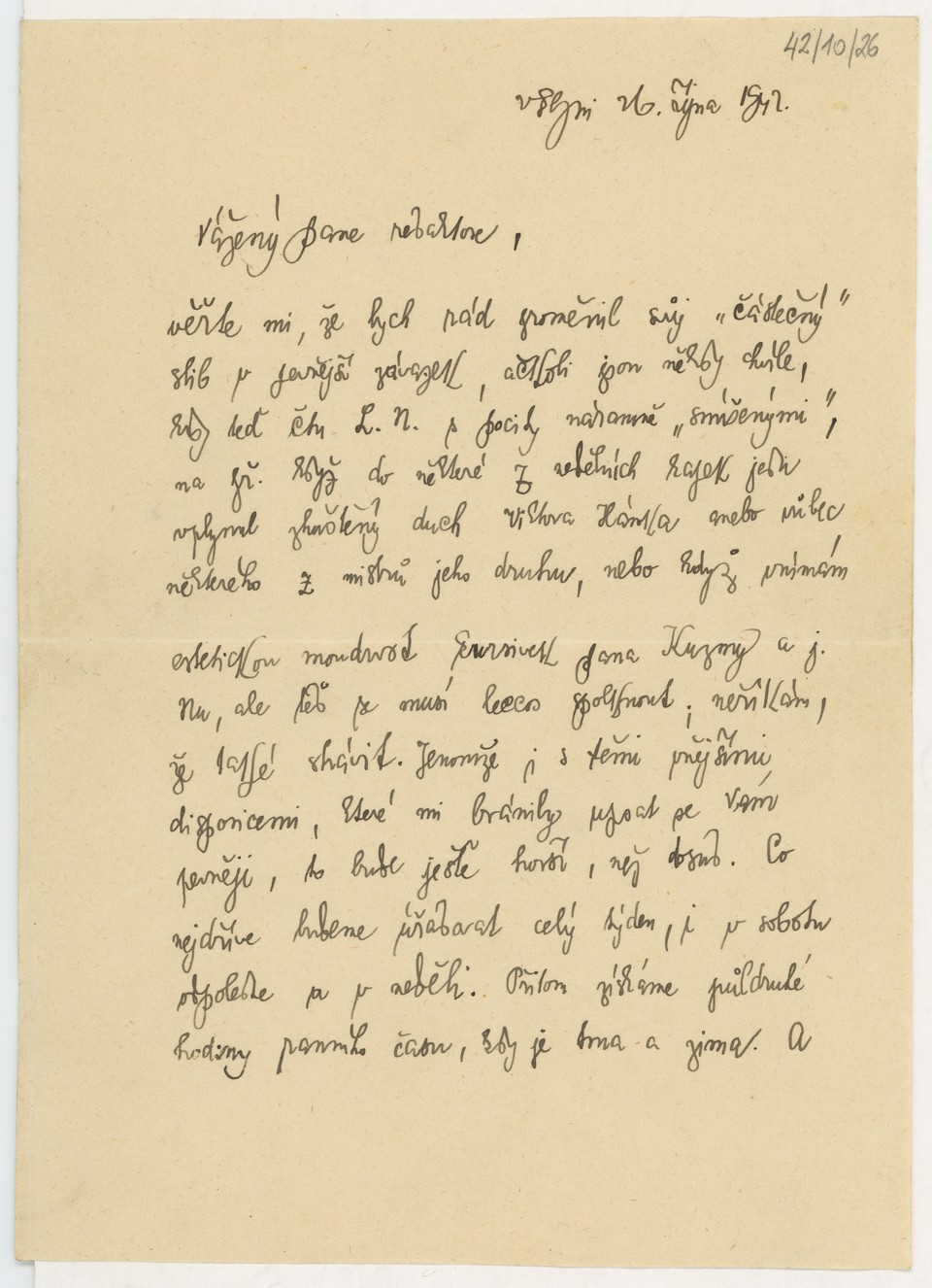 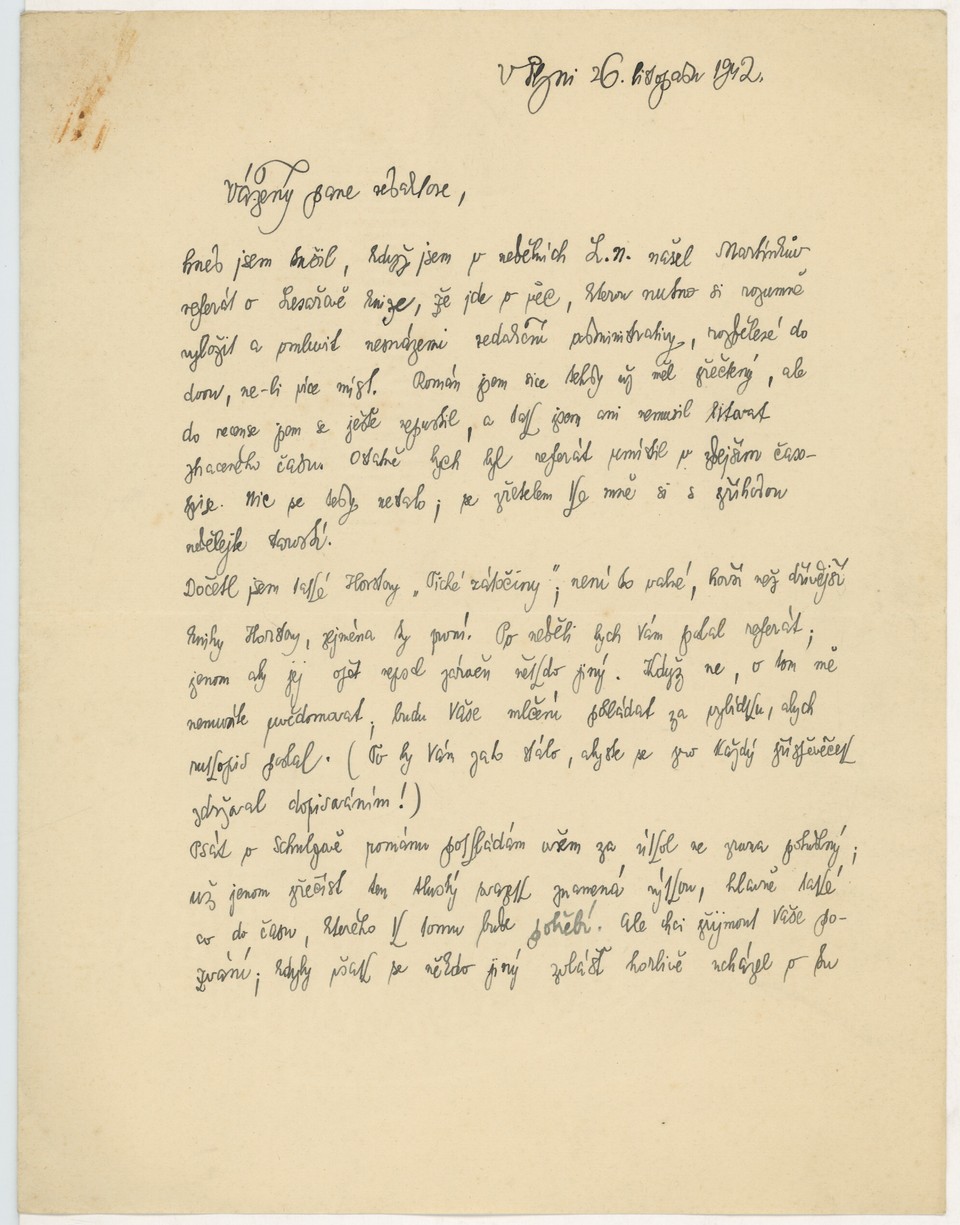 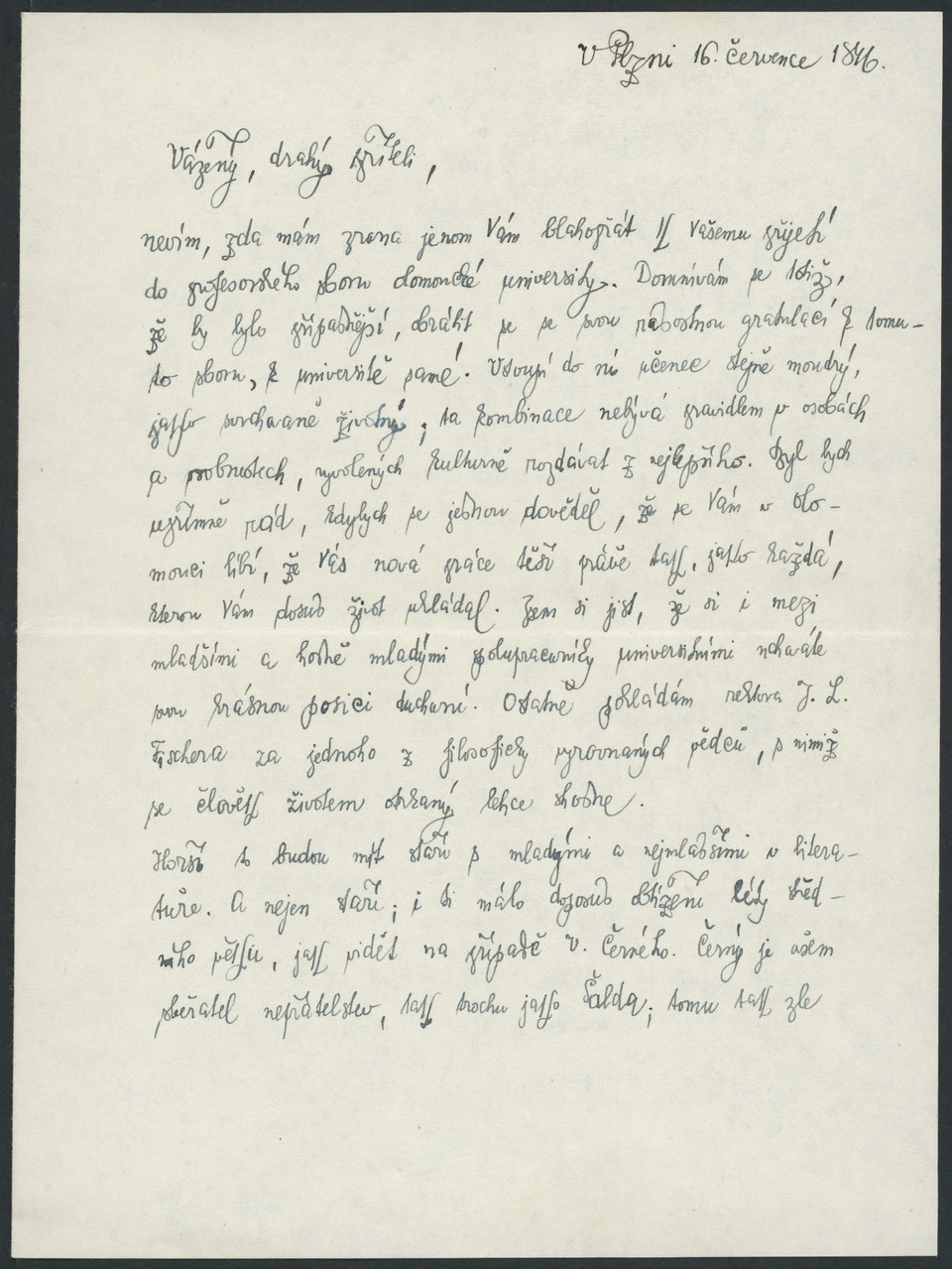 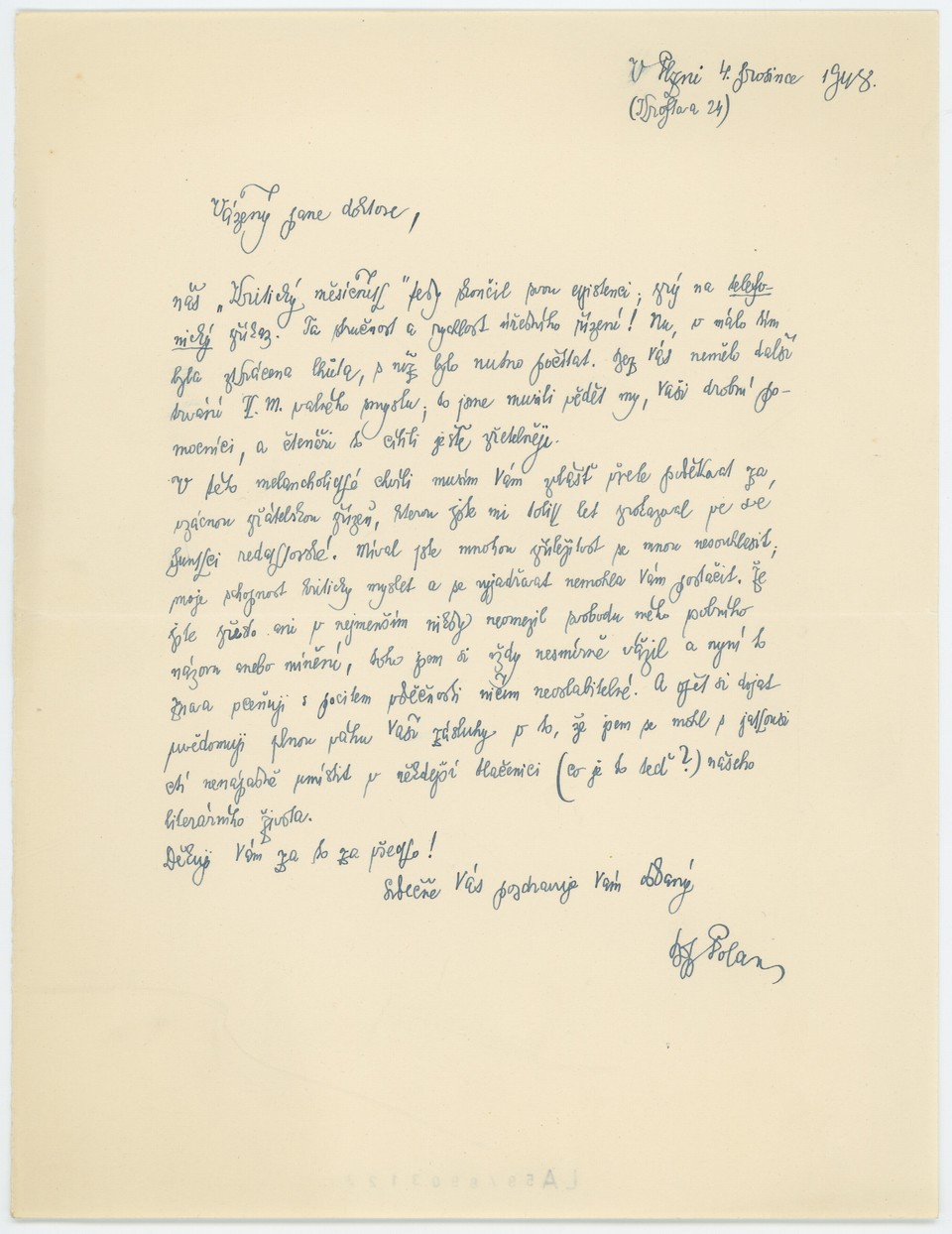