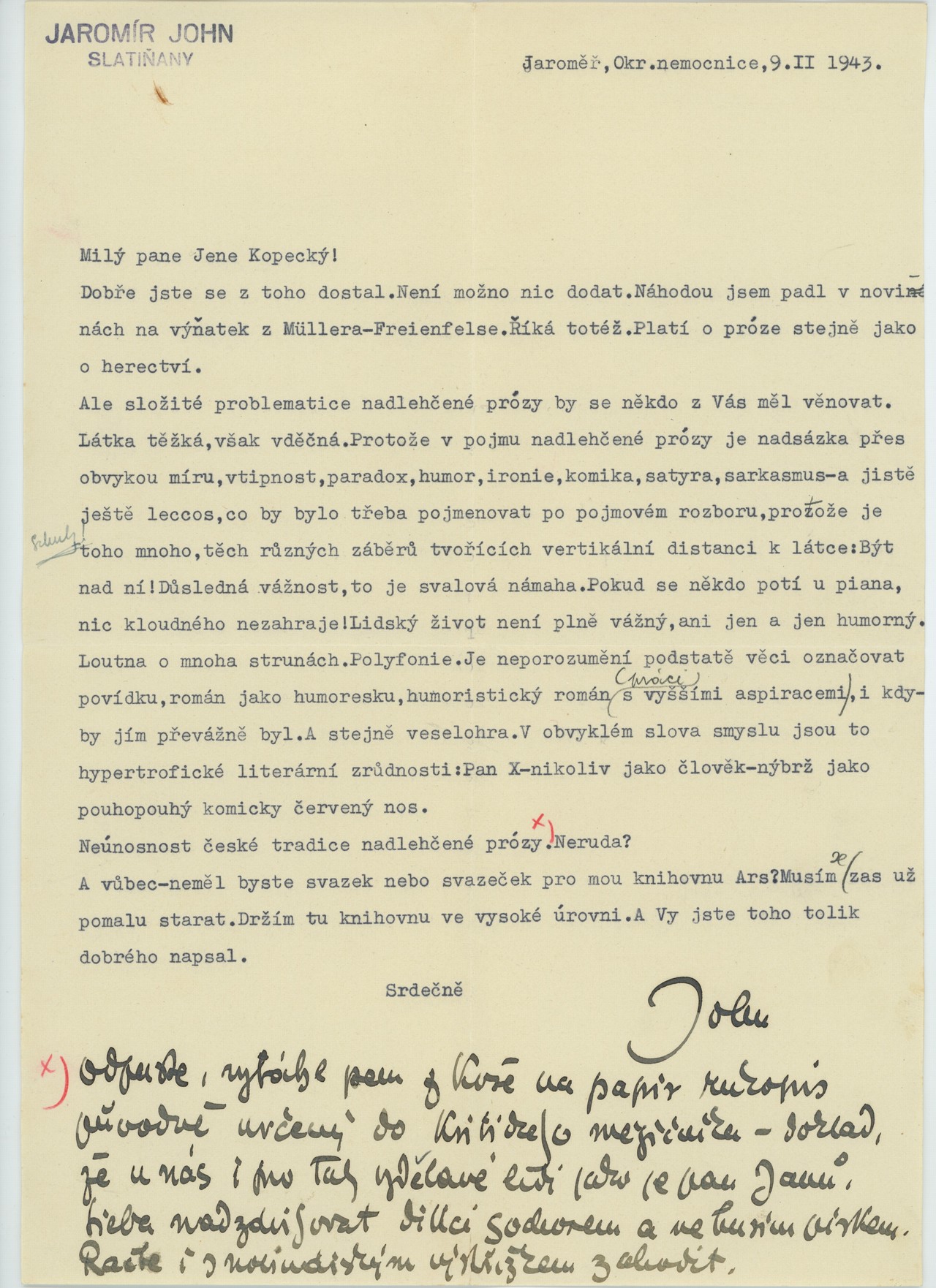 Jaroměř, district hospital, 9 Feb. 1943
Dear Jan Kopecký!
You got out of it fine. There’s nothing else to add. Just by chance I came across an excerpt from Müller-Freienfels in the newspaper. He says the same thing. It applies to prose as well as to acting.
But one of you should explore the complex issue of light prose. Material that is difficult, but rewarding. For there is hyperbole in the concept of light prose in excess of the usual amount, humour, paradox, irony, comicality, satire and sarcasm – and there is certainly something else that should be named after the conceptual analysis, as there are many of these different shots creating vertical distance to the material: It must be viewed from above! A consistent gravitas is a strenuous effort. If someone sweats at the piano, he won’t be able to play anything decent! Human life is not fully serious; neither is it only humorous. It is a lute with many strings. A polyphony. It is a misunderstanding of the essence of the thing to label a story or novel as a humoresque, a humorous novel (a work with higher aspirations), even if it predominantly is. The same goes for a comedy. In the usual sense, they are hypertrophic literary monstrosities: Mr. X – not as a person – but as a mere comic red nose.
The unbearableness of the Czech tradition of light prose.* Neruda?
Now on to more general things: Wouldn’t you have a book in you for my Ars series? Once again, I have to slowly see to this. I’m maintaining this series at a high level, and you wrote so well for it.
Cordially,
John

* Forgive me for I have pulled out of the trash a manuscript originally intended for Kritický měsíčník (The Critical Monthly) – proof that in our country we need, even for educated people such as Mr. Janů, to bring (illegible) attention to their background. Throw it away.

Other exhibits from the chapter Jaromír John 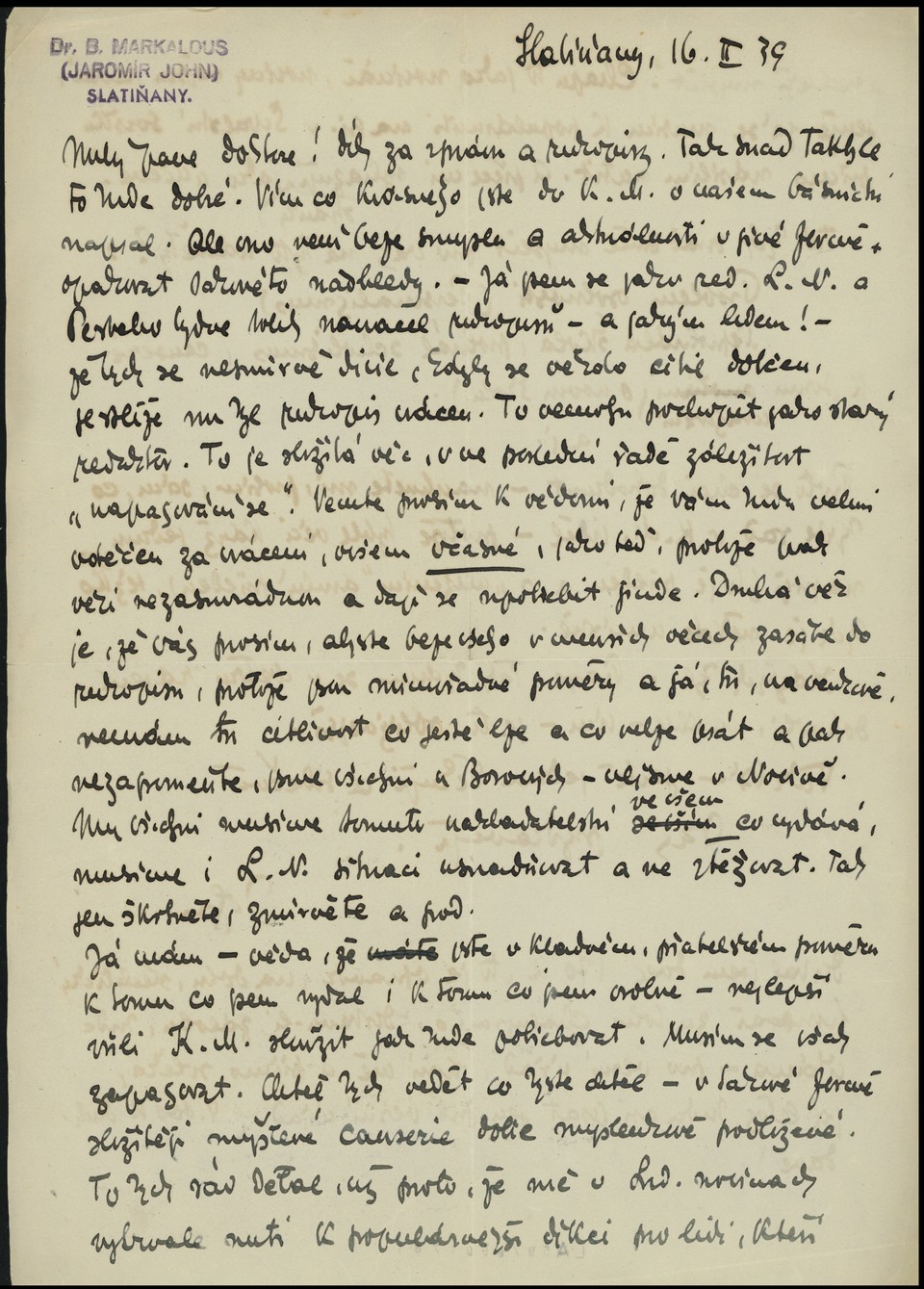 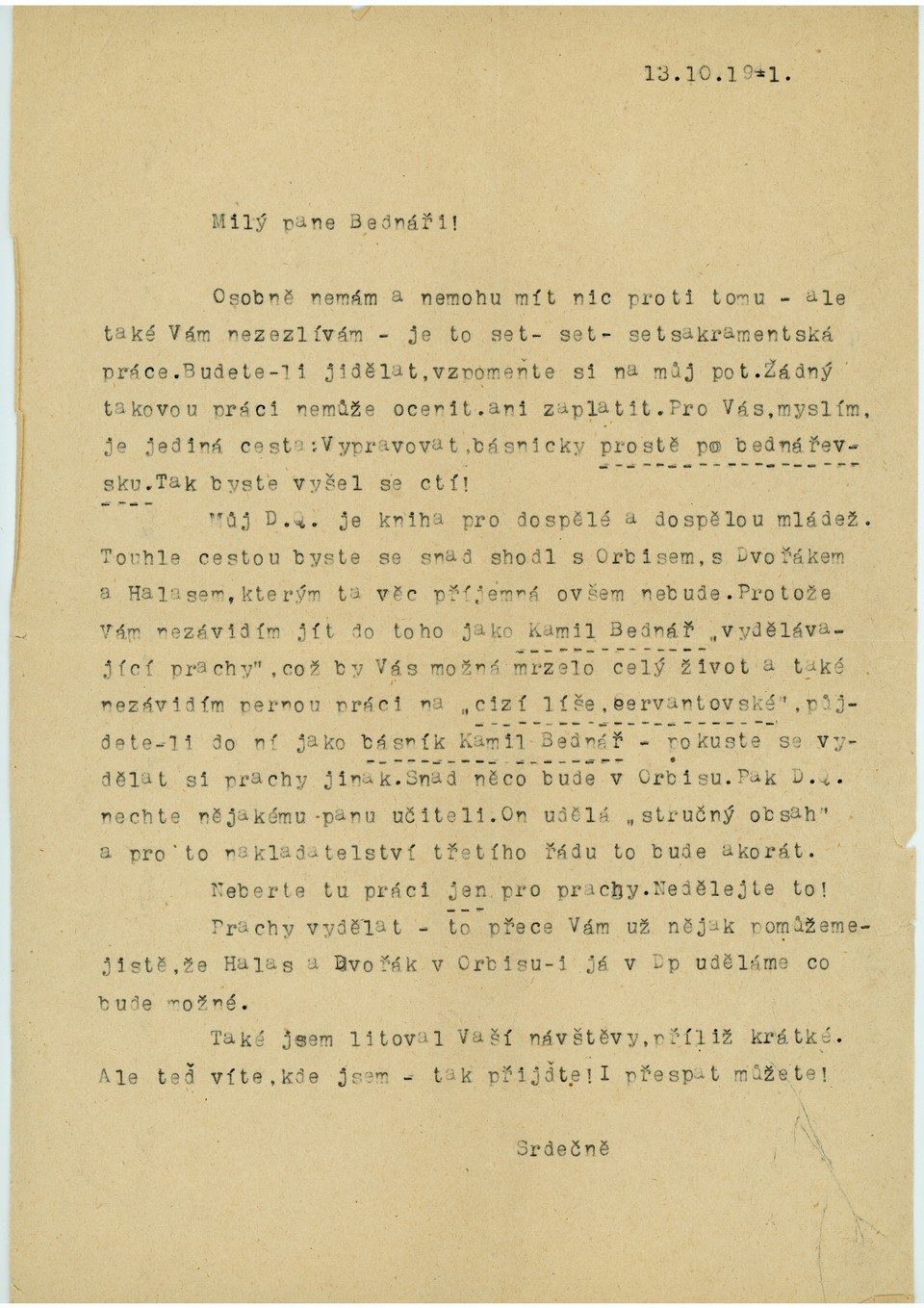 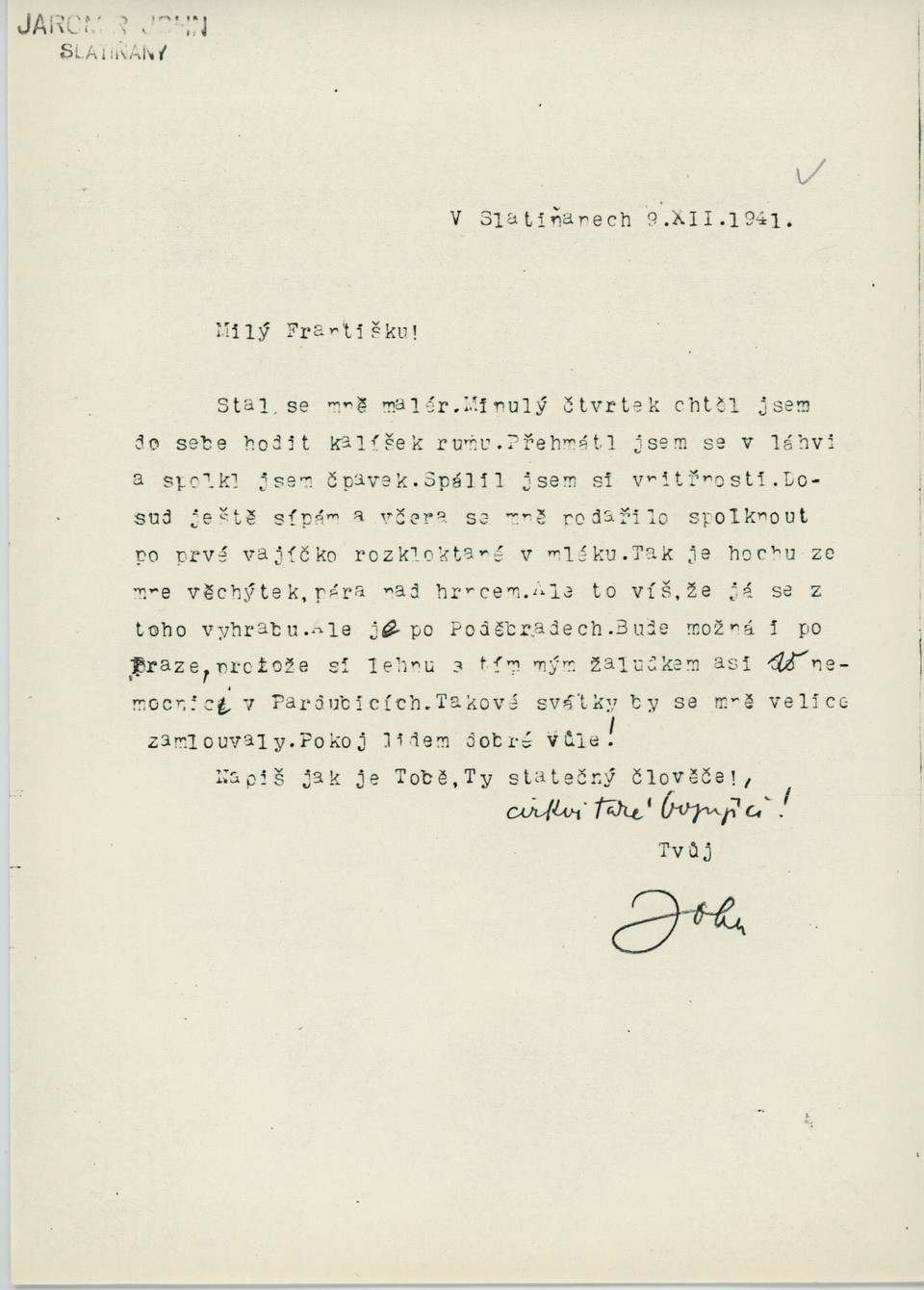 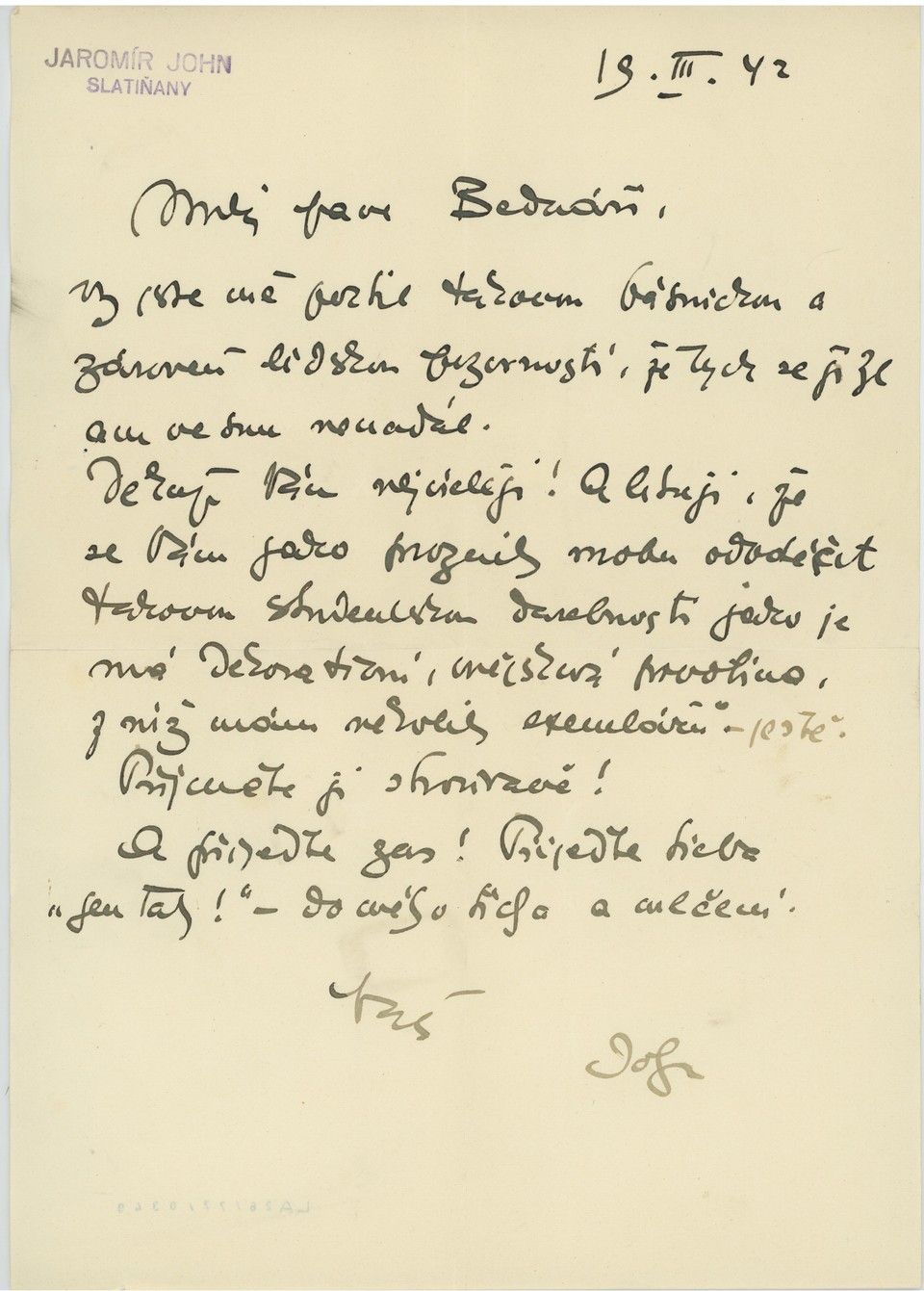 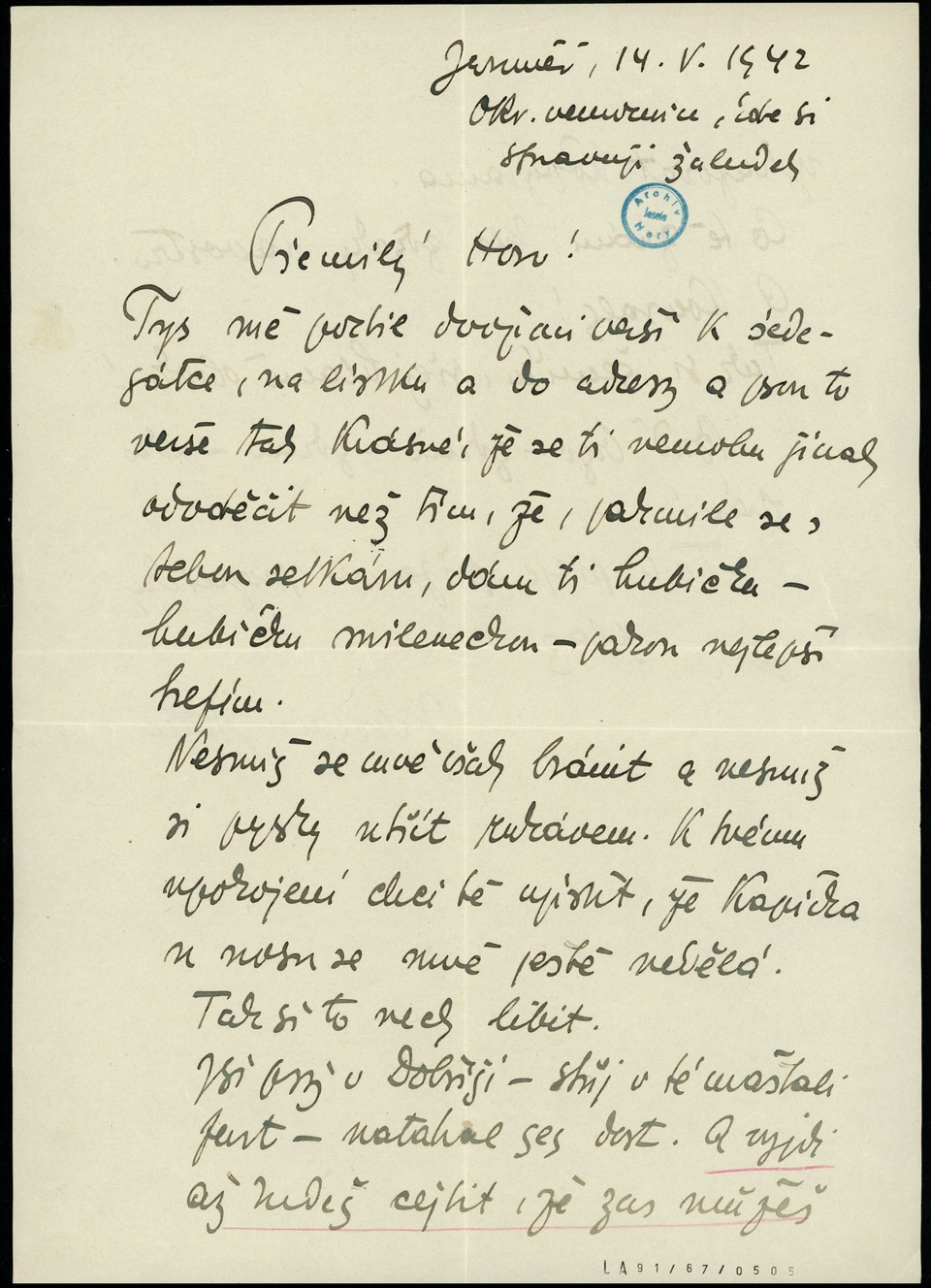 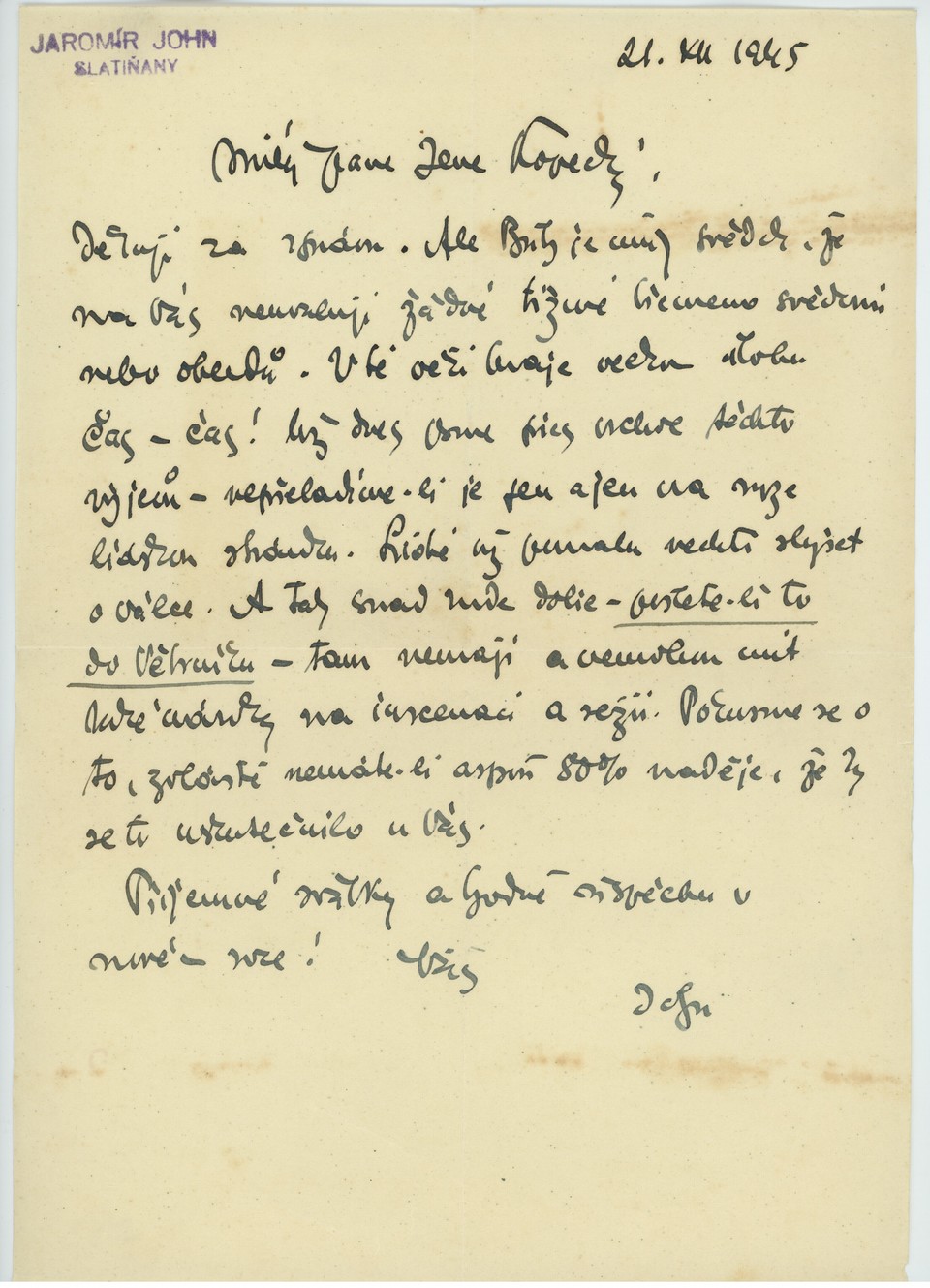 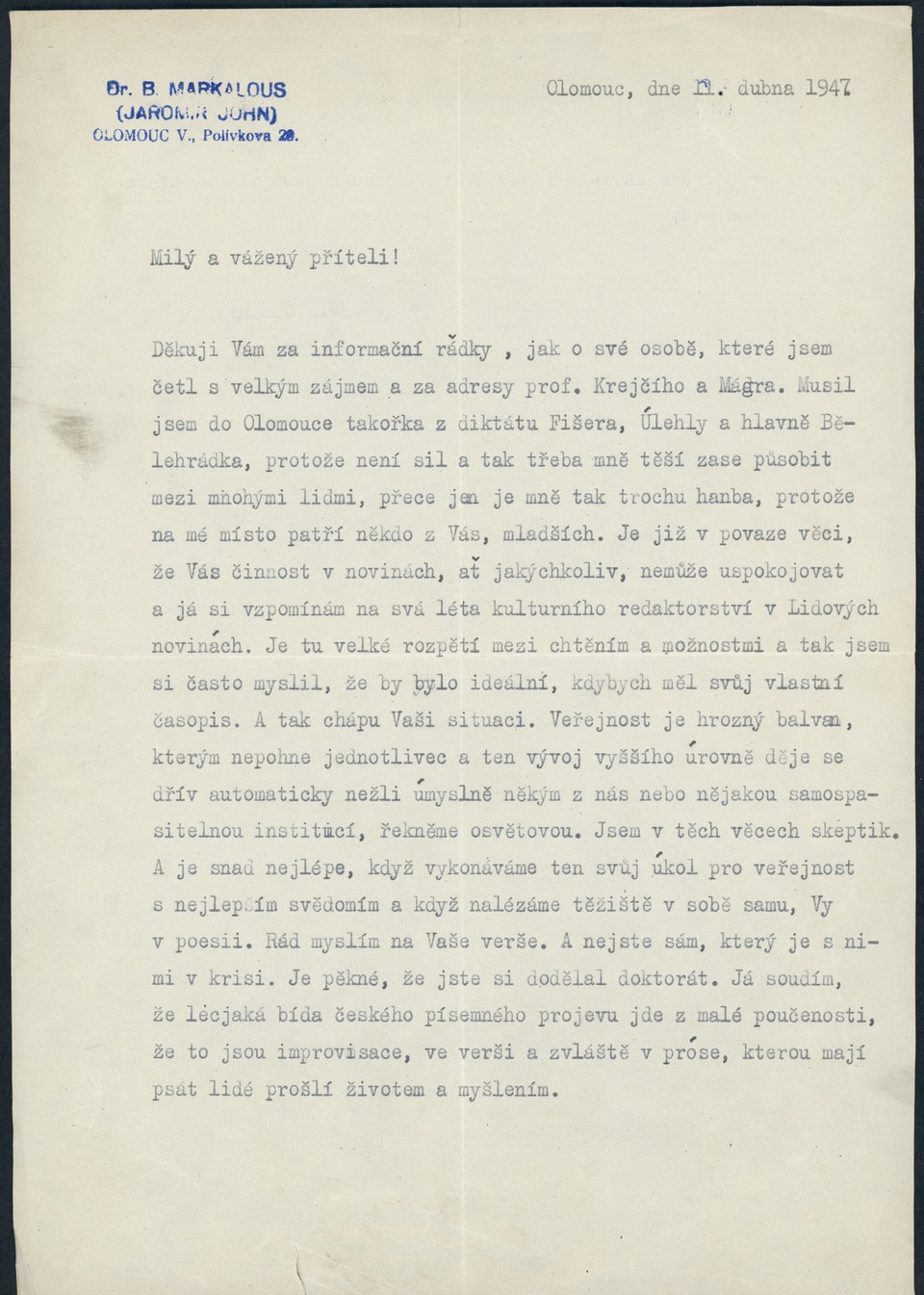 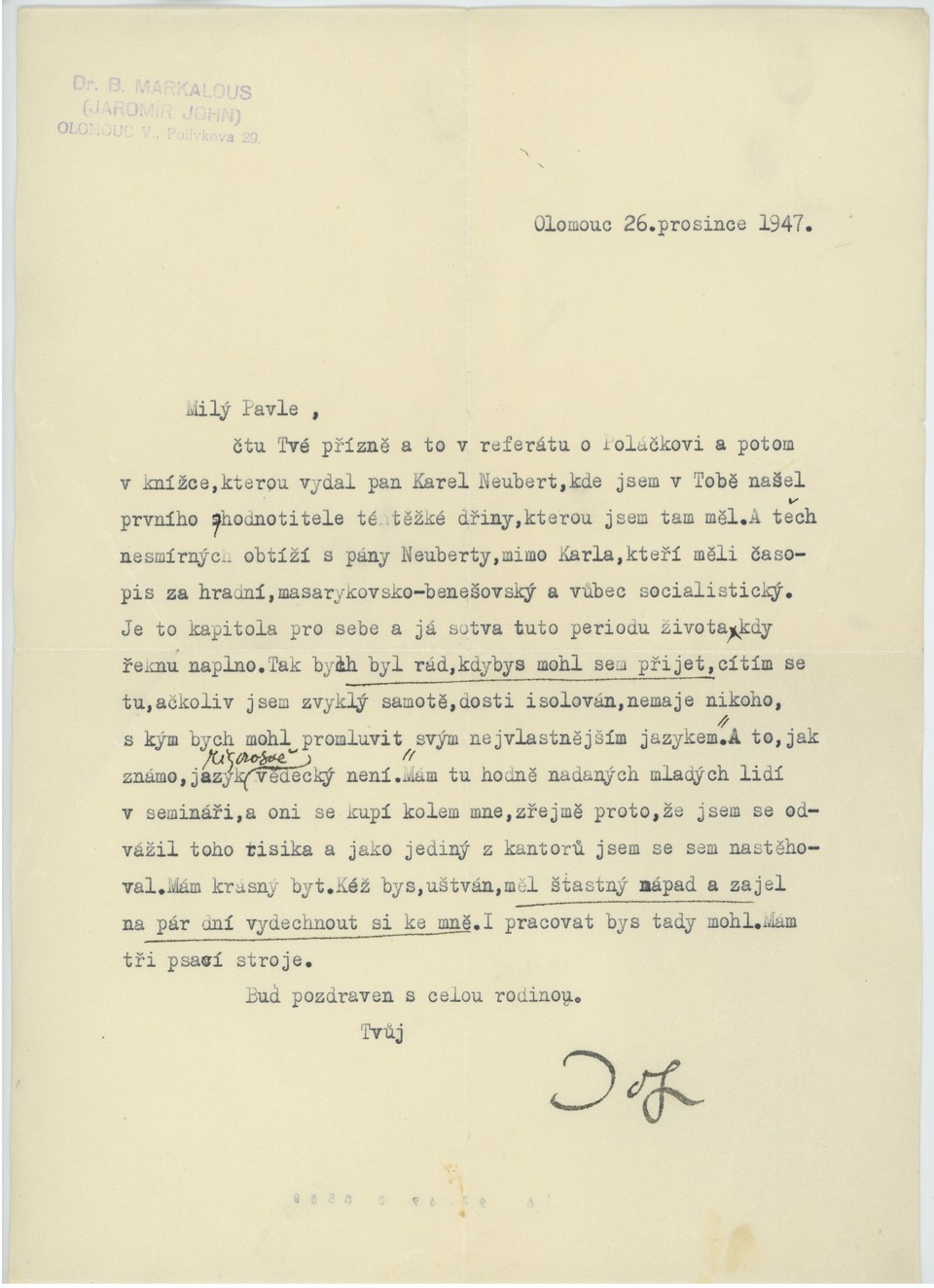 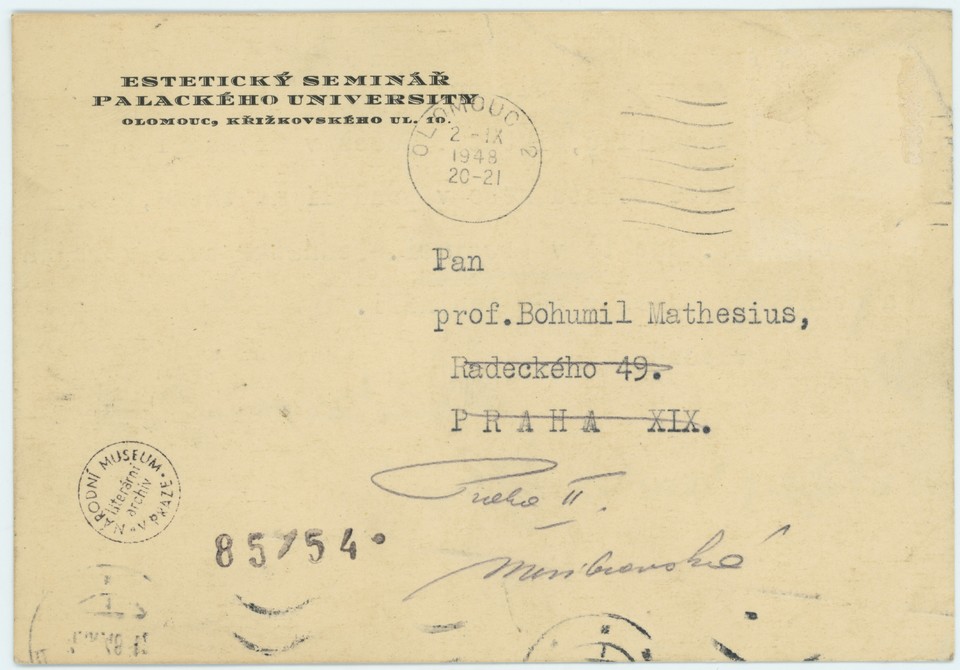