27 December 45
Dear Mr. Chalupecký,
I'll have those translations ready for you by the 31st. It‘s going to be something sensational. Müller, Anais, Součková and company must be in hidingshould go and hide. I've translated the two forewords (not long) to the collection of stories, The Brave Young Man on the Flying Trapeze, and the one short story Aspirin is a Member of the N.R.A. Those forewords are actually program texts and great things in themselves. Rereading them years later, I appreciate them even more than I did then; namely, I felt it more instinctively then, but I understand it clearly now. The translation will be good, I've had it proofread for the sake of certainty, so it will be faultless. In short, you’ll have something in your magazine that you can be proud of. It will be a definite accomplishment in the flood of mediocrity and dubious values we continue to wade in.
I got the poems from Blatný yesterday. I must honestly say that I really like some of the issuespoems, that they have real poetry in them. Poeshie, as Lord Byron said, si licet öif it is allowed.
If you put The Speaking Talking Zone in the first issue, please add that it was privately printed in 1940. I want it to be clear that there was more to life in this country at that time than the Protectorate and rural escapismIt is important to me to see that it was not just neruralised and not protectorate and all.
But mostly, I think and hope you'll be happy about Saroyan. If you don’t inform me otherwise, I'll leave the manuscript at Melantrich for youI'll give you the manuscript for Melantrich. I happened to be talking to Träger about money, just informally, and he spoke as if your magazine were not yet a certainty, though, upon my objection, he admitted that you had a deadline of the end of this year. Maybe he was just grumpy and wanted to get rid of me. I’m not sure.
I await your news and remain,
with Christmas and New Year greetings to you and yours,
Yours
M. Součková 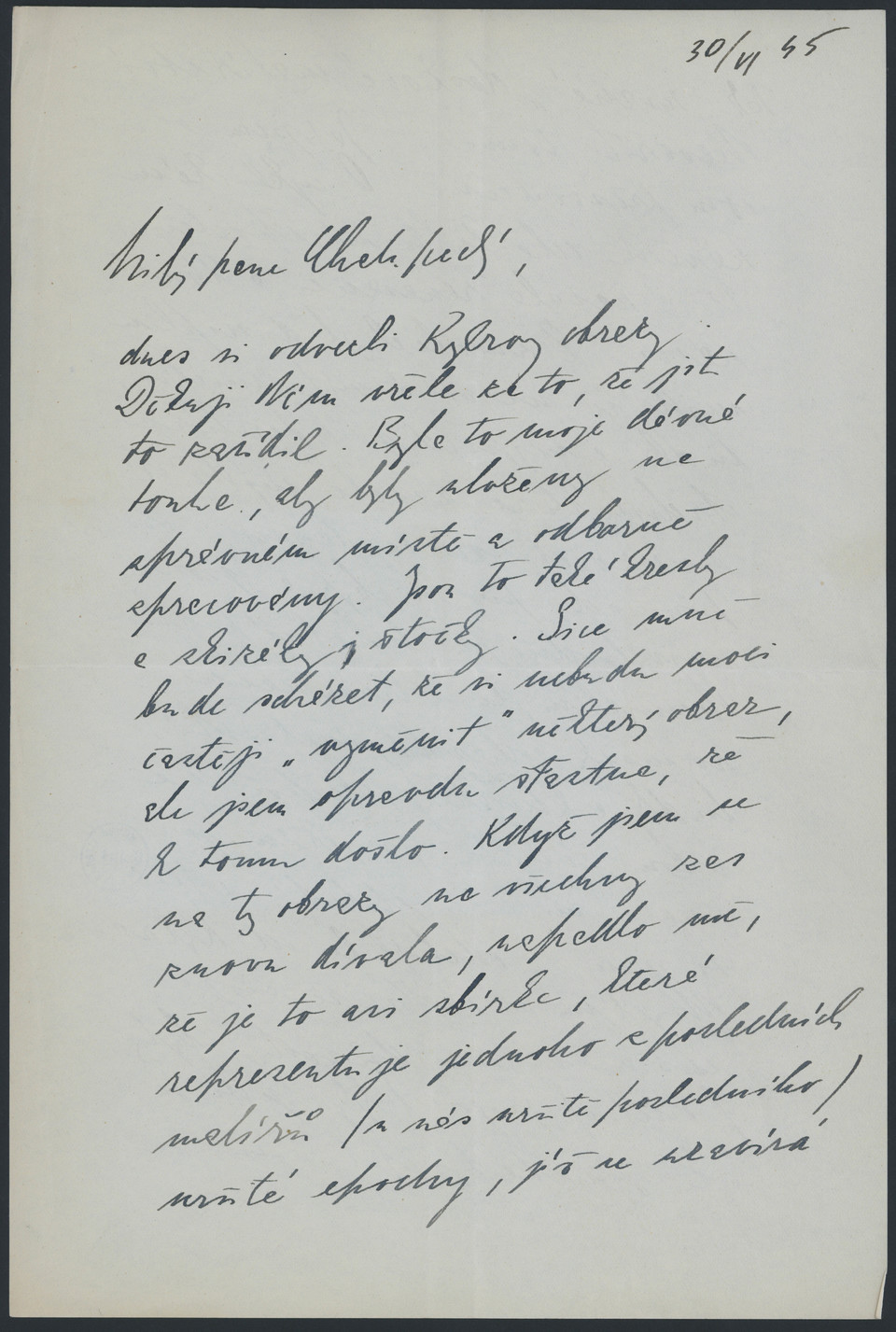 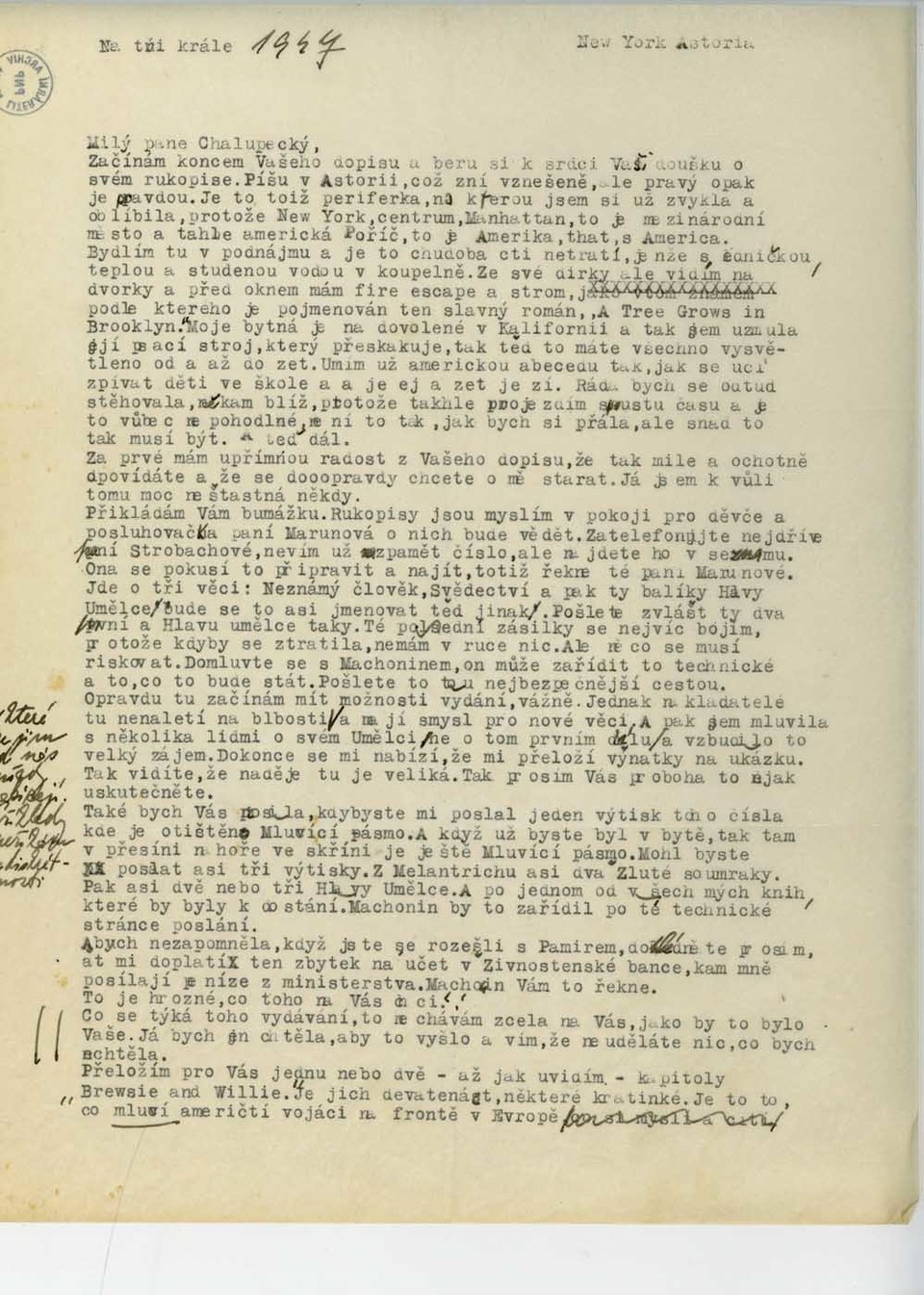 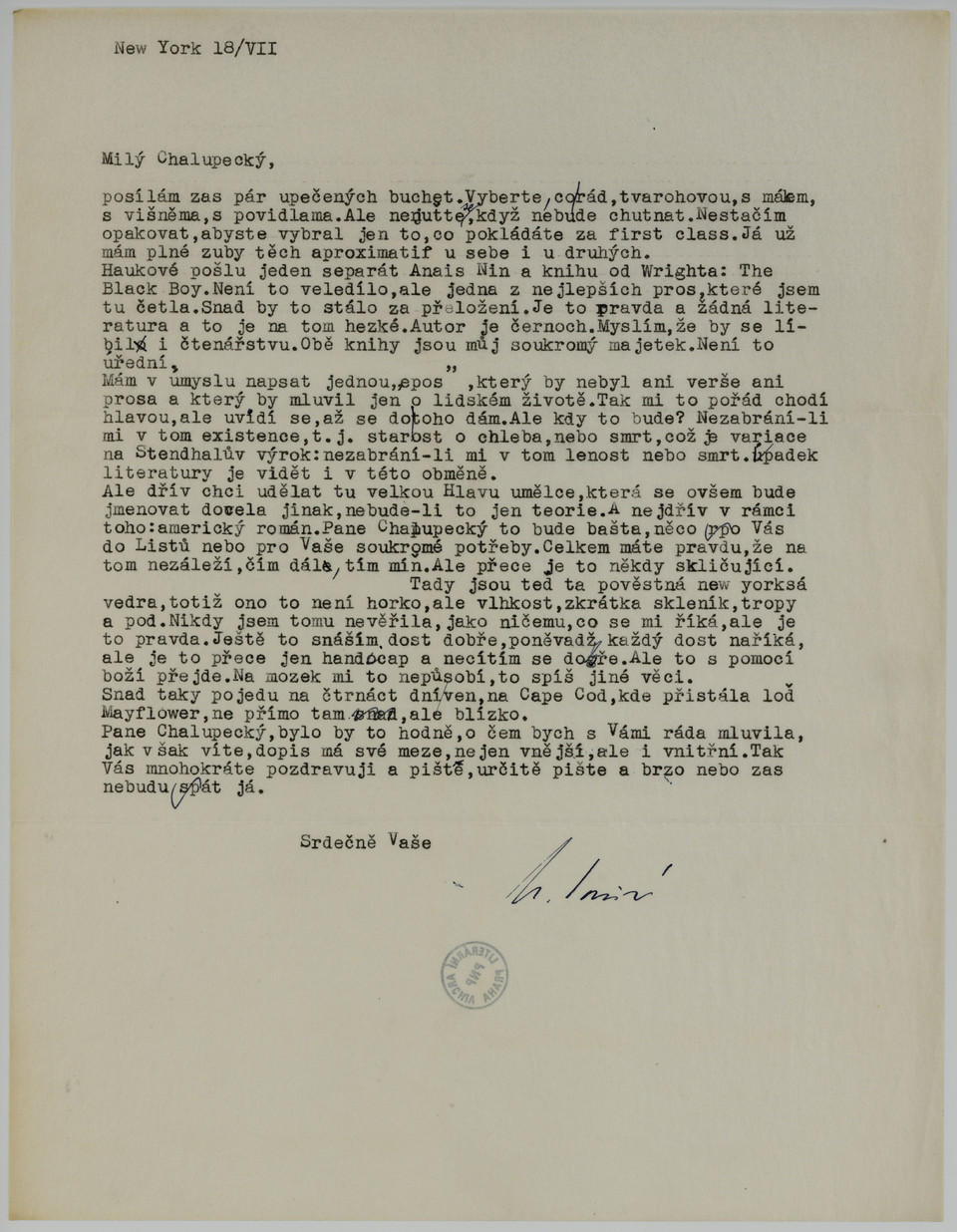 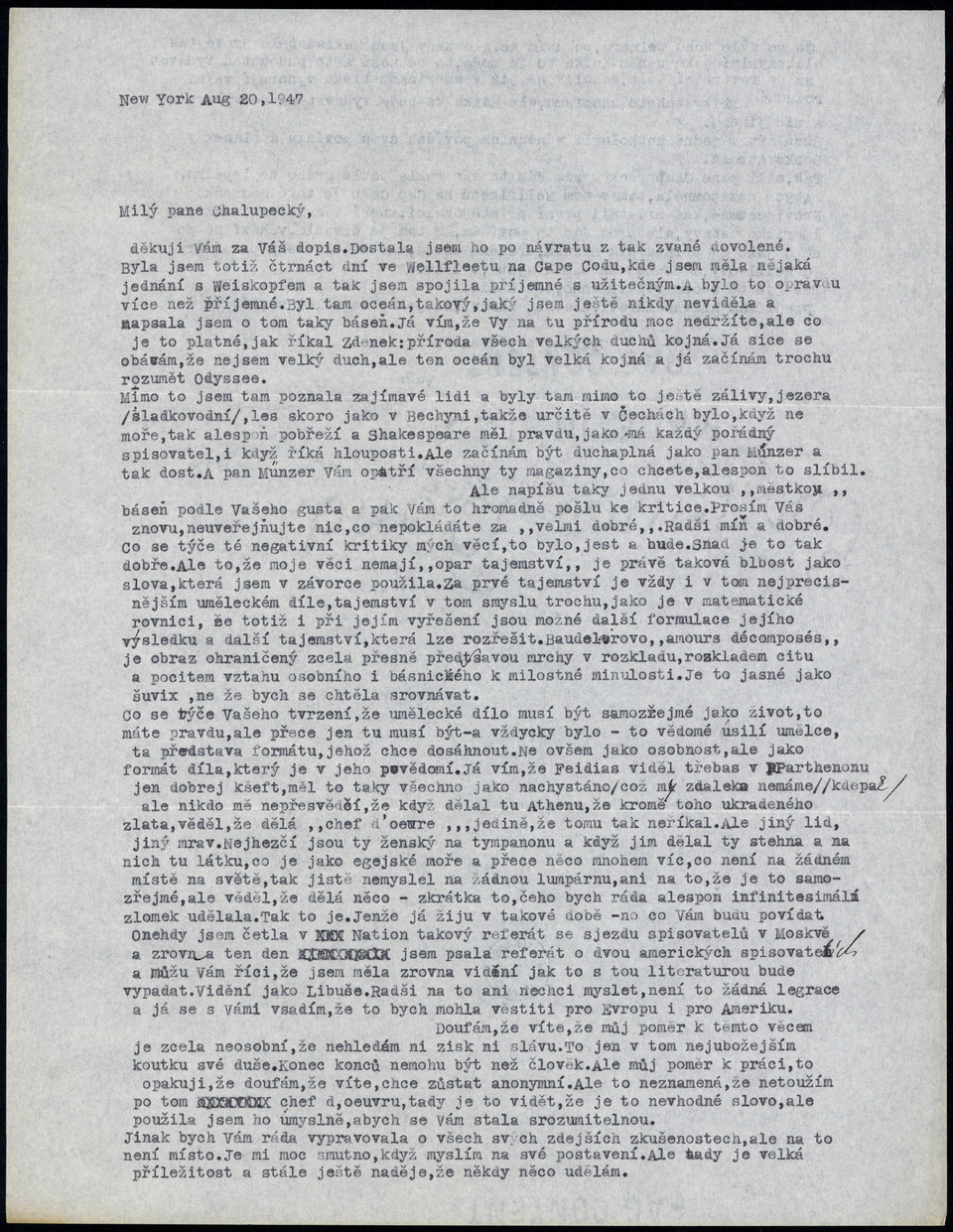 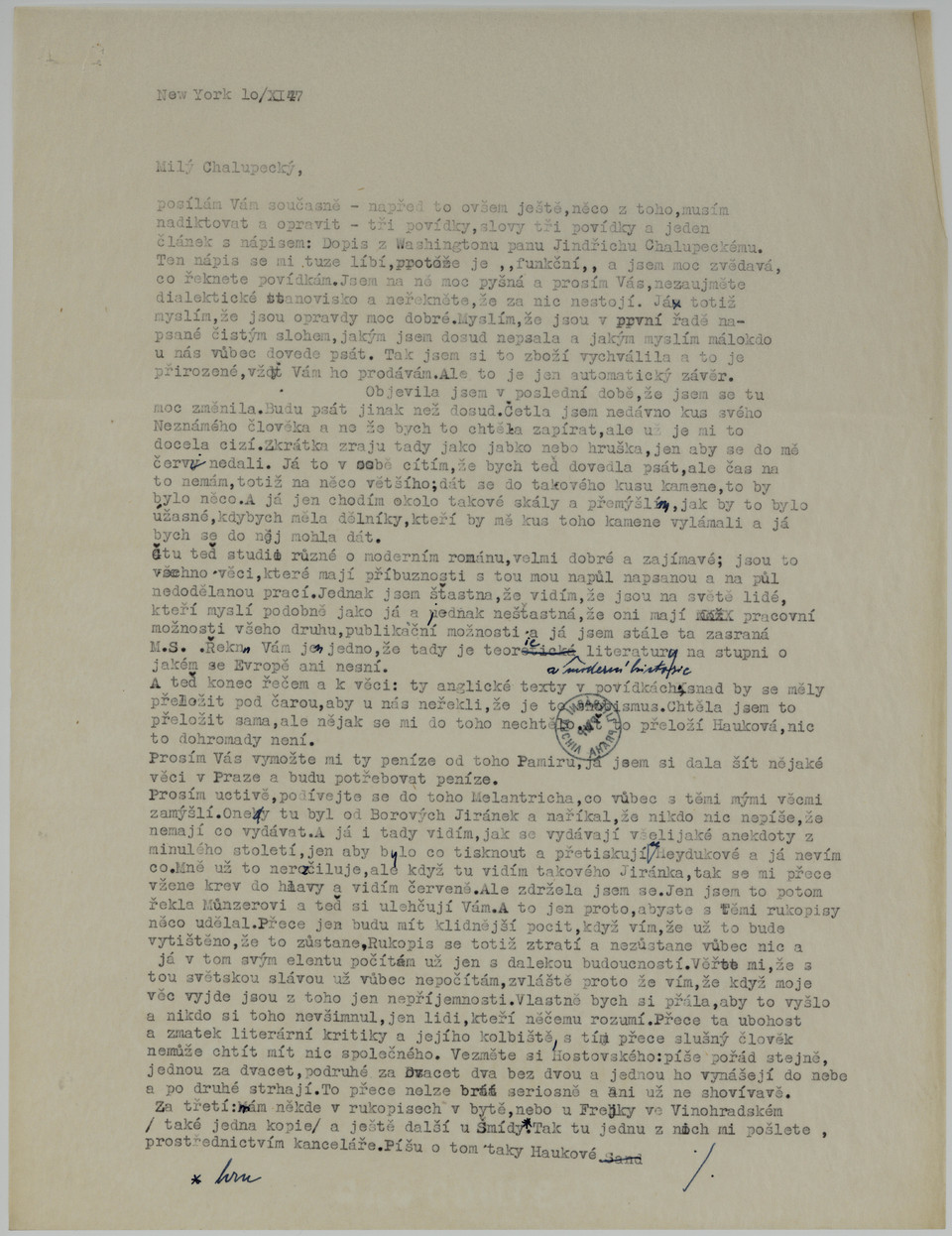 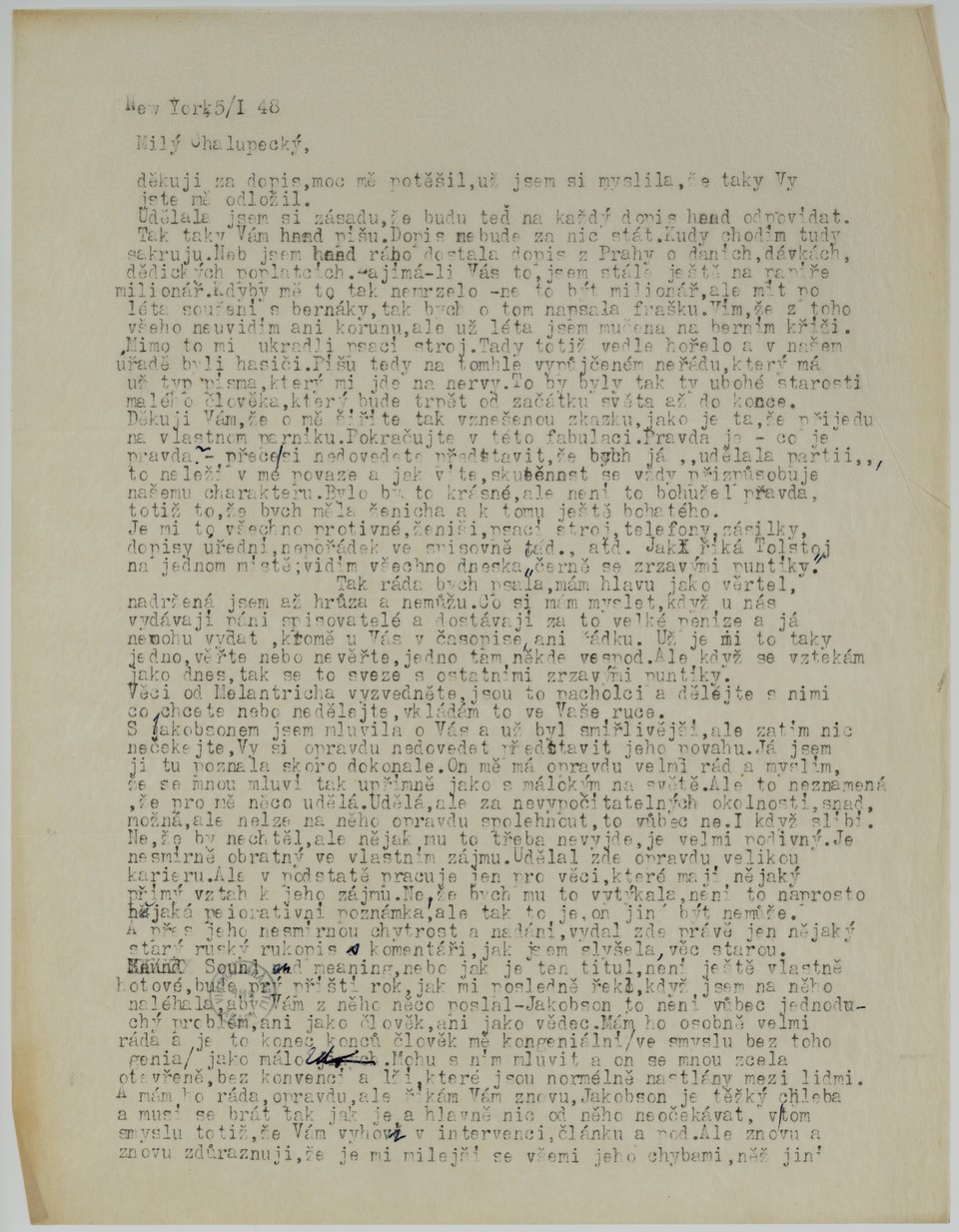 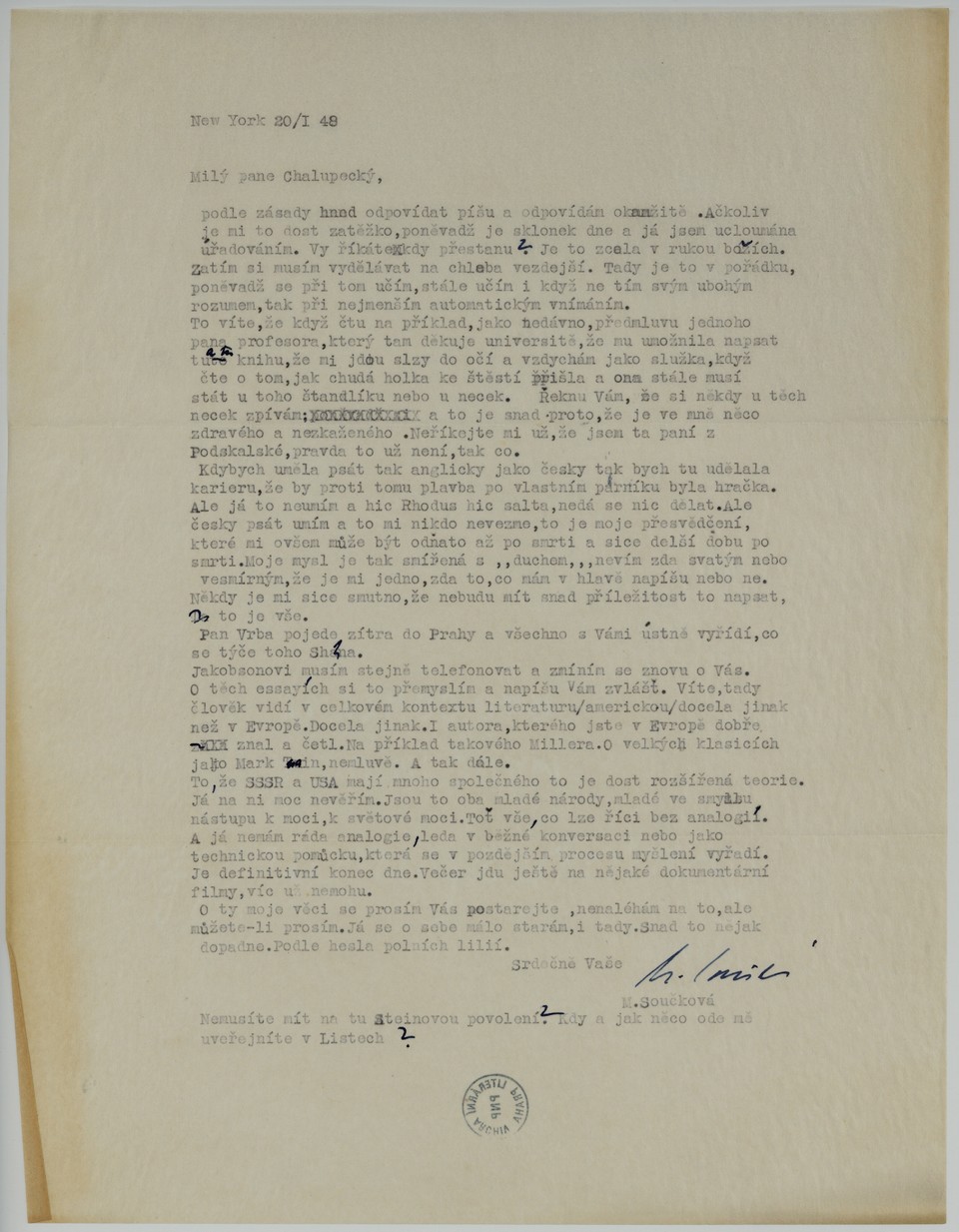 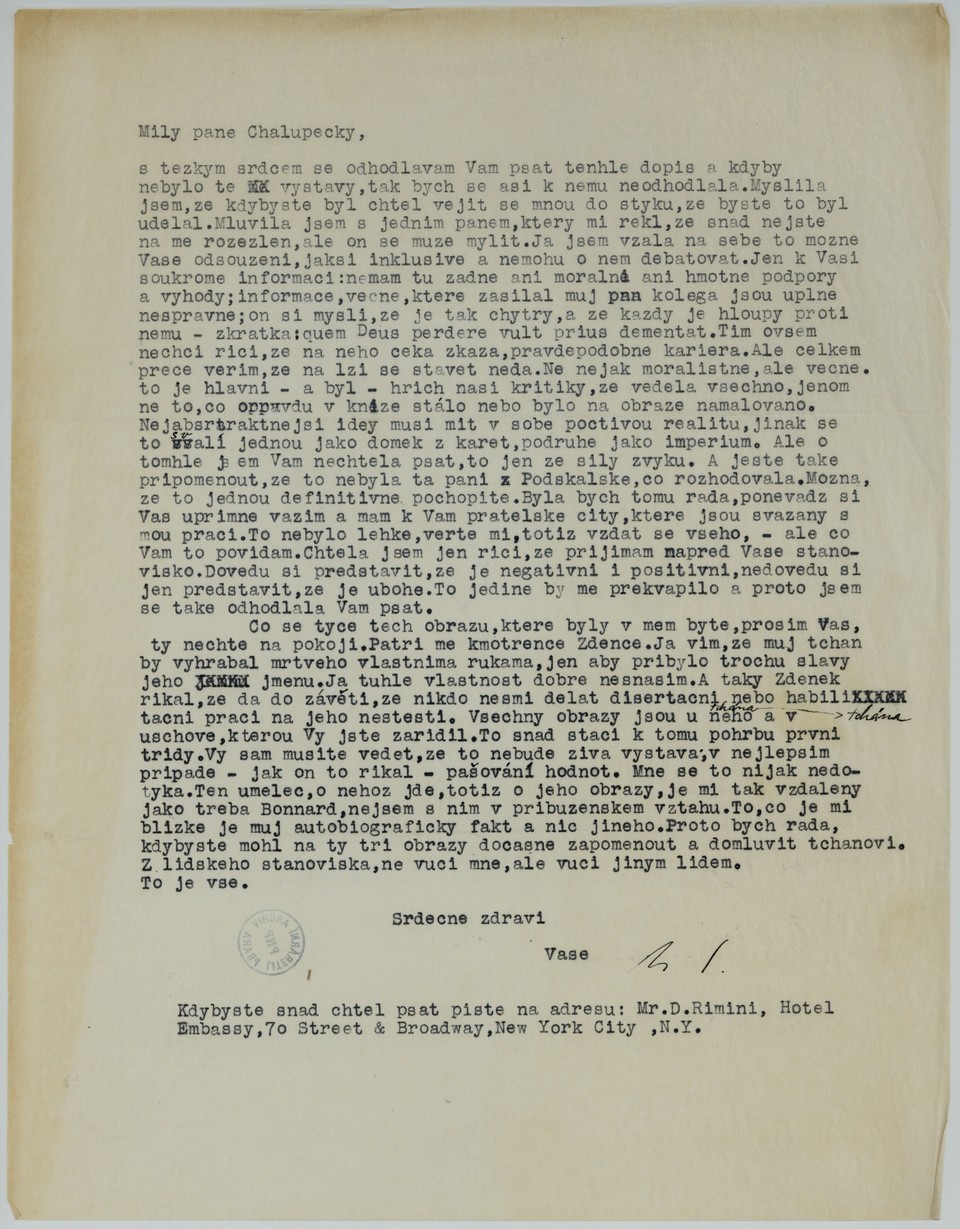 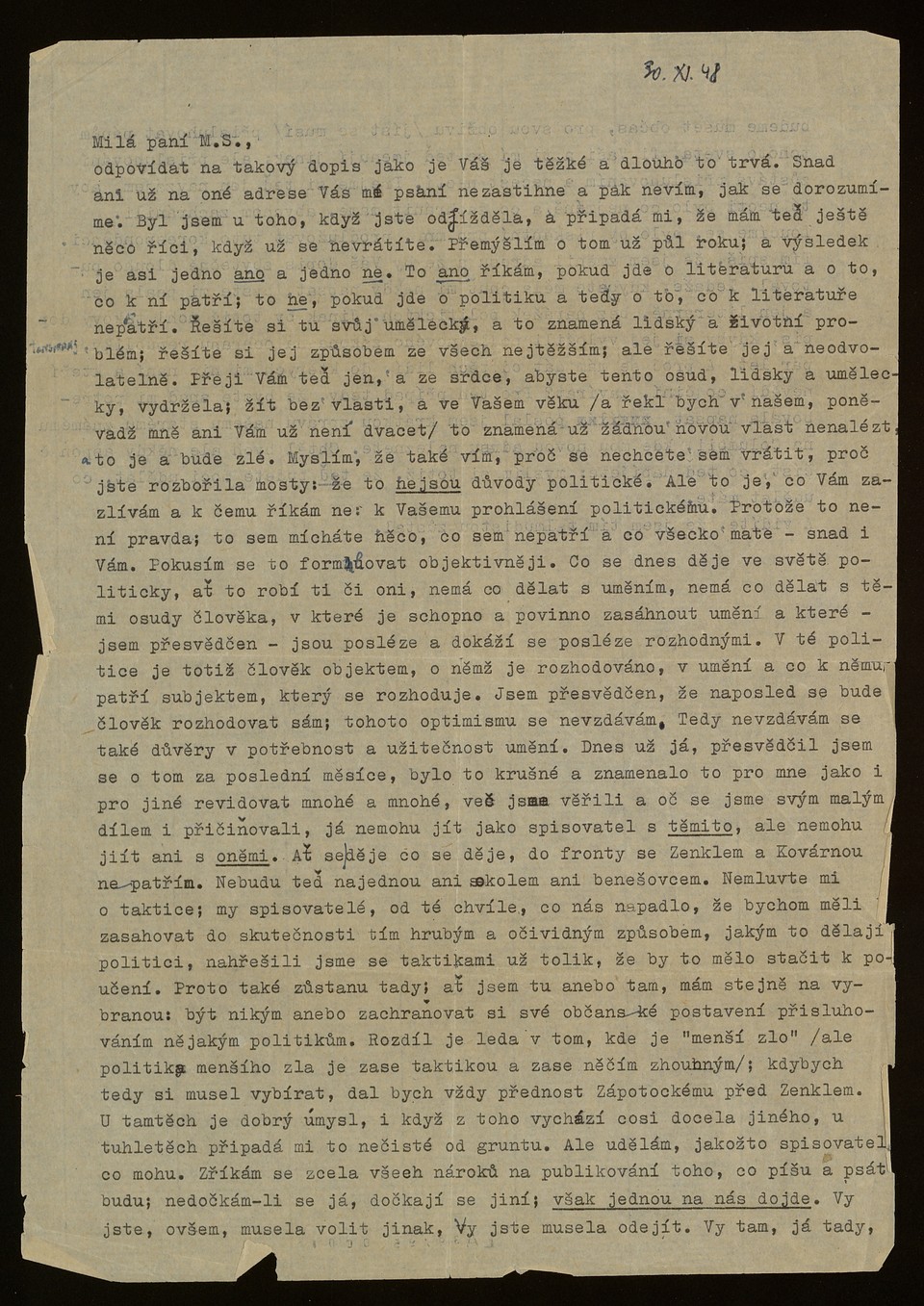