Manuscript of the Czech-German dictionary

At the beginning of the 19th century, there was an increasingly urgent need for a large dictionary that would preserve the richness of Czech while expanding its vocabulary. But for whom did Jungmann and his collaborators intend a five-part dictionary? An advert put out for subscribers’ names three groups for which the dictionary was primarily intended: writers, preachers and civil servants. These were the main conduits of revivalist ideas and many of them wrote and published in Czech. 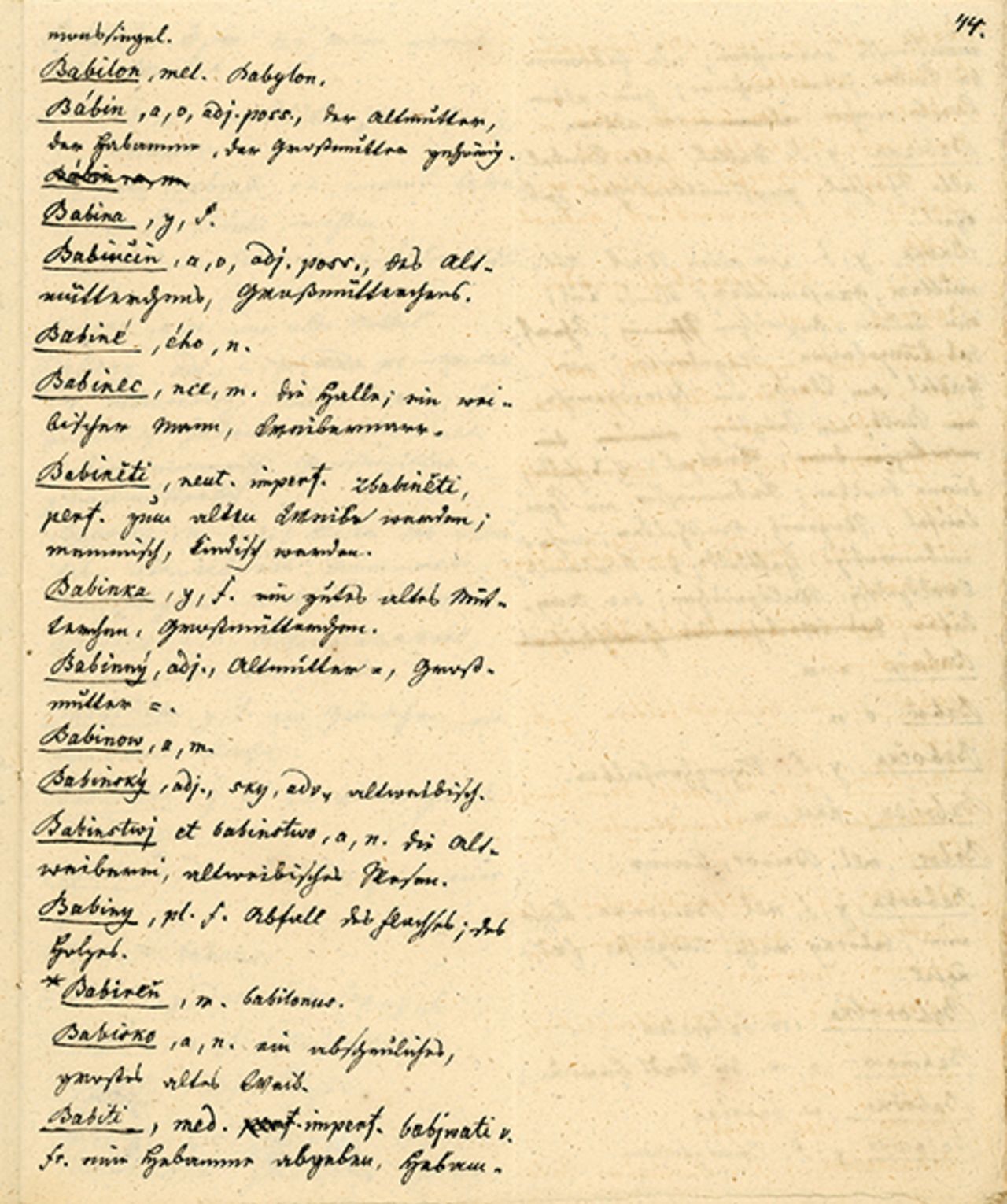 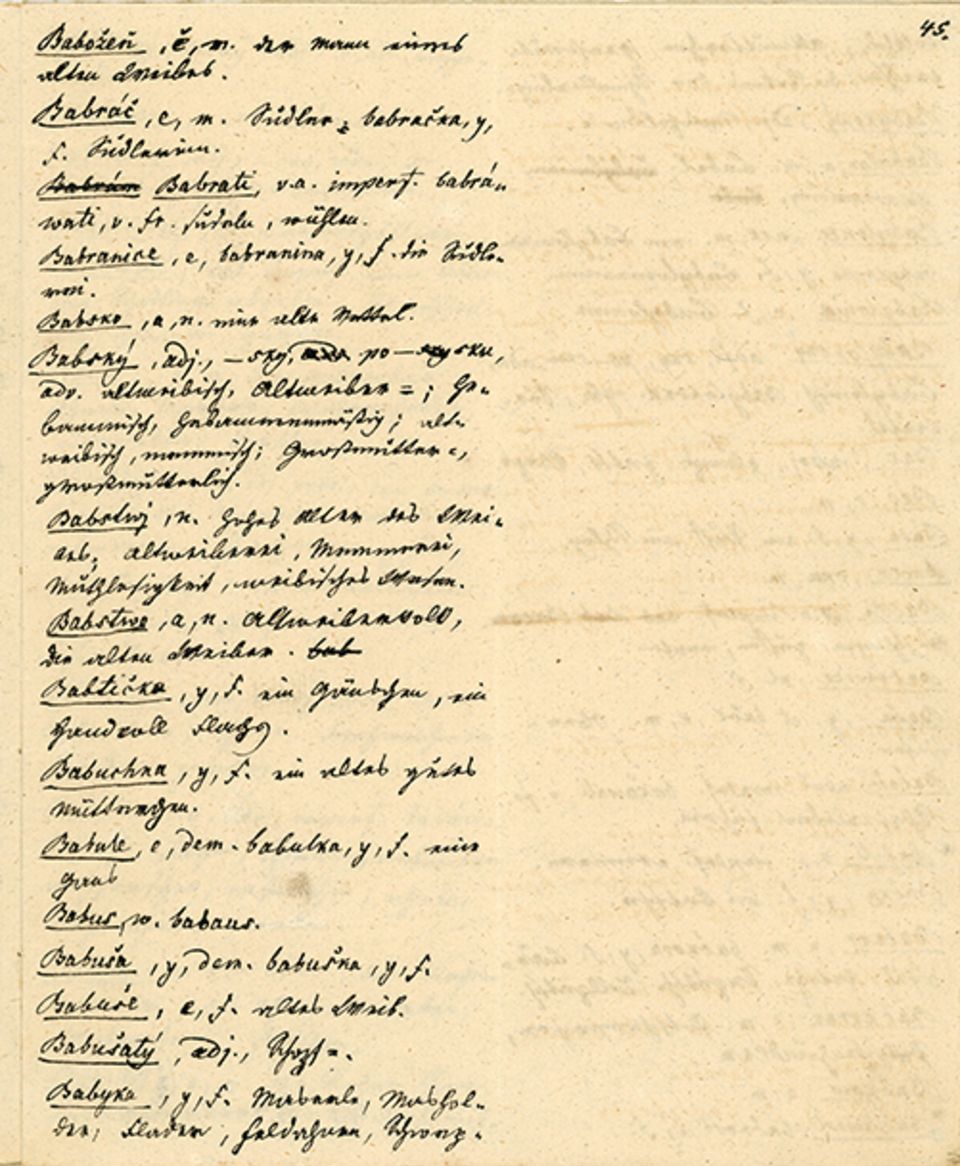 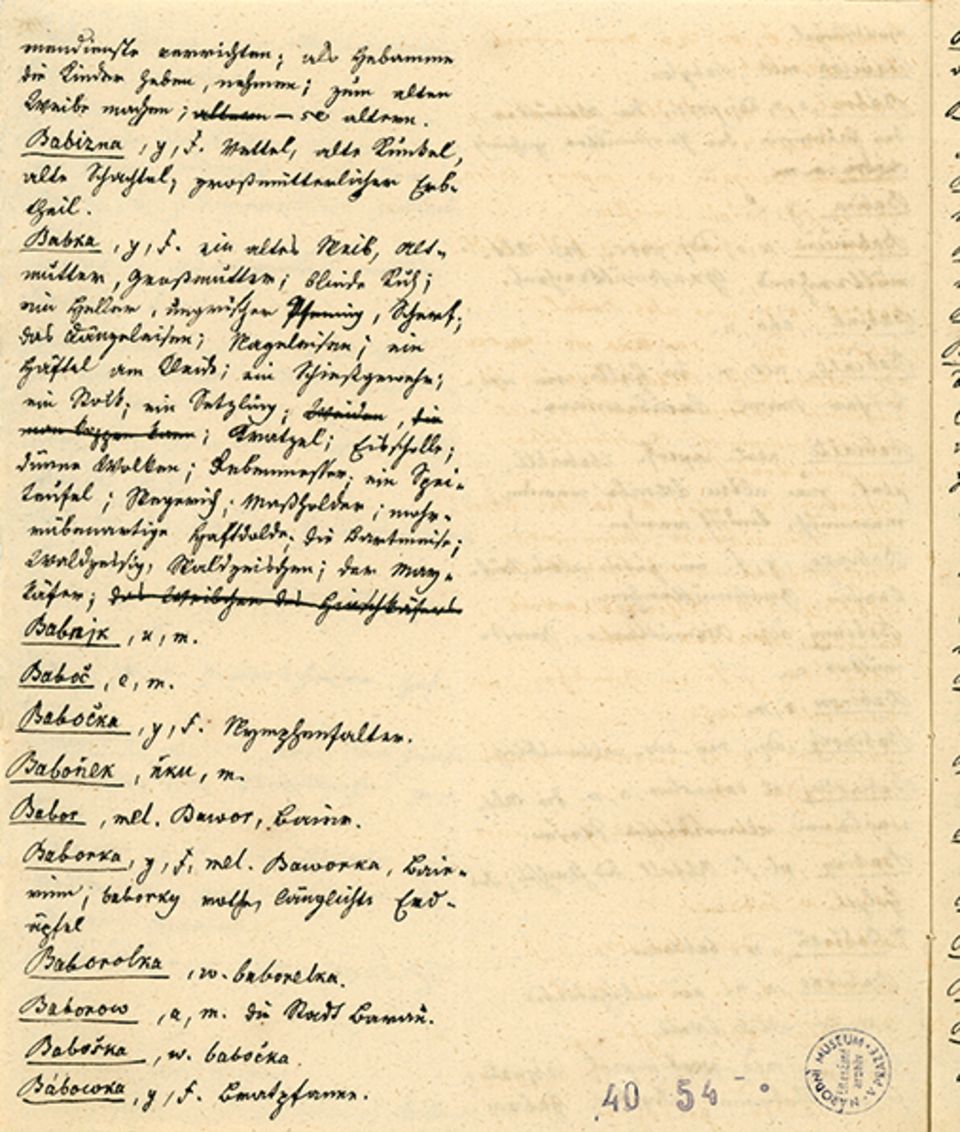 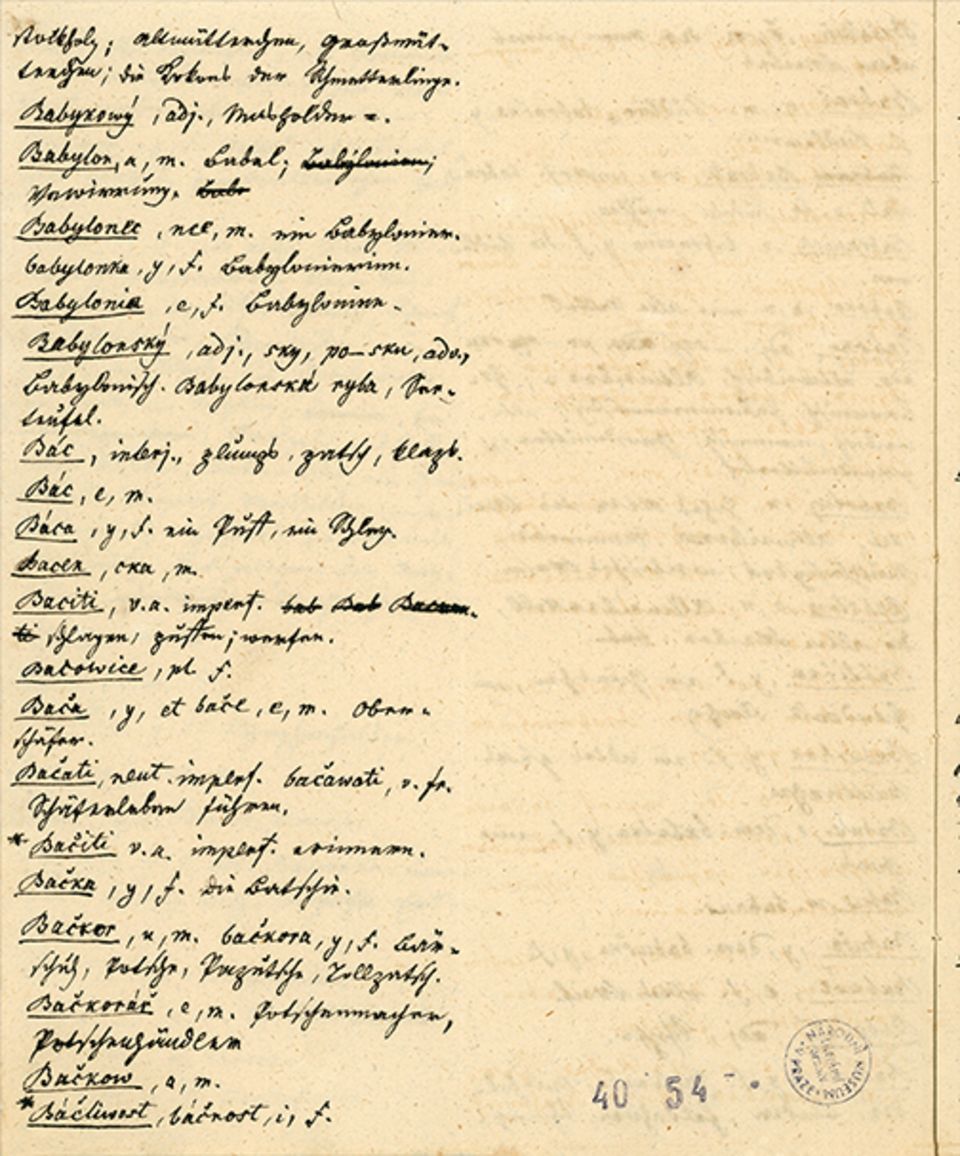 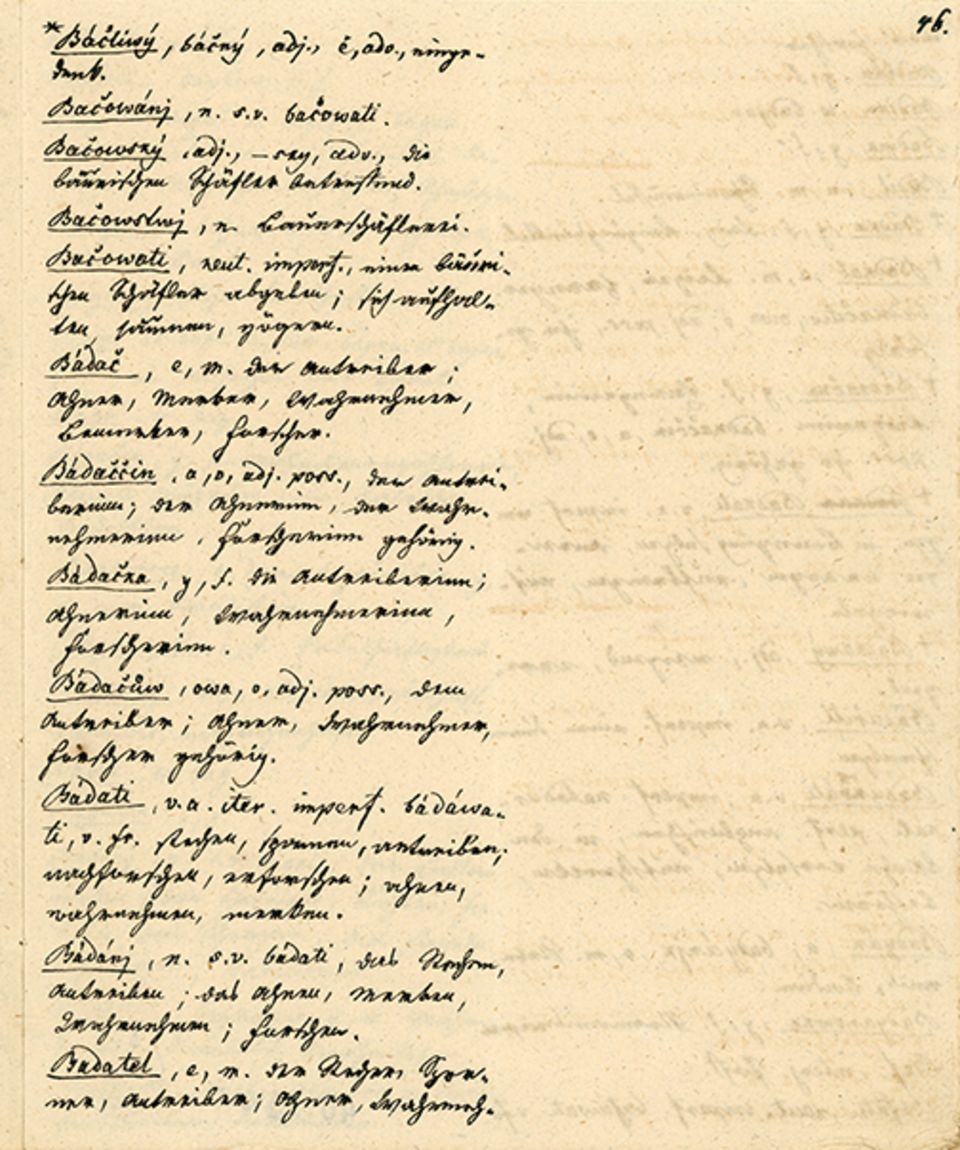 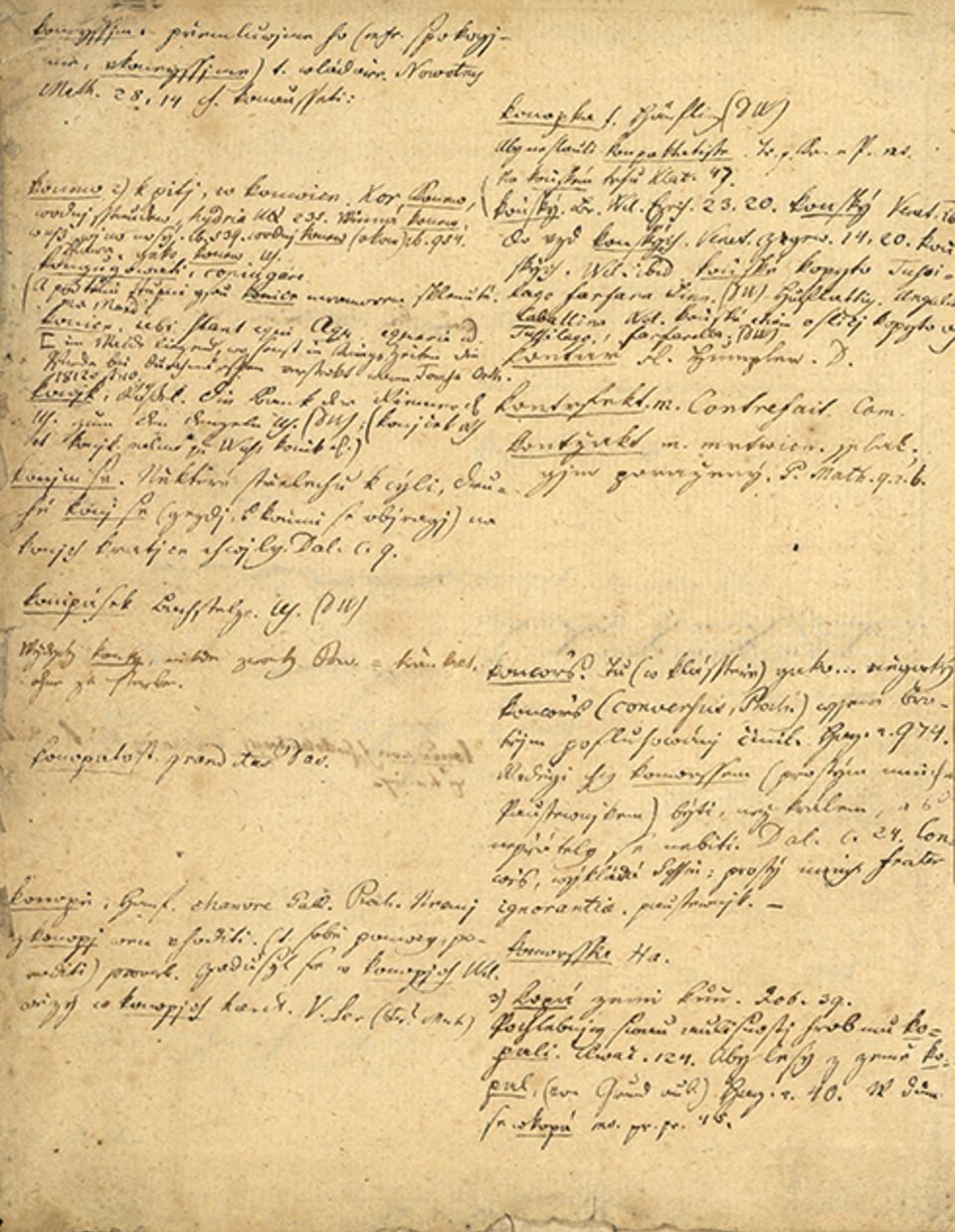 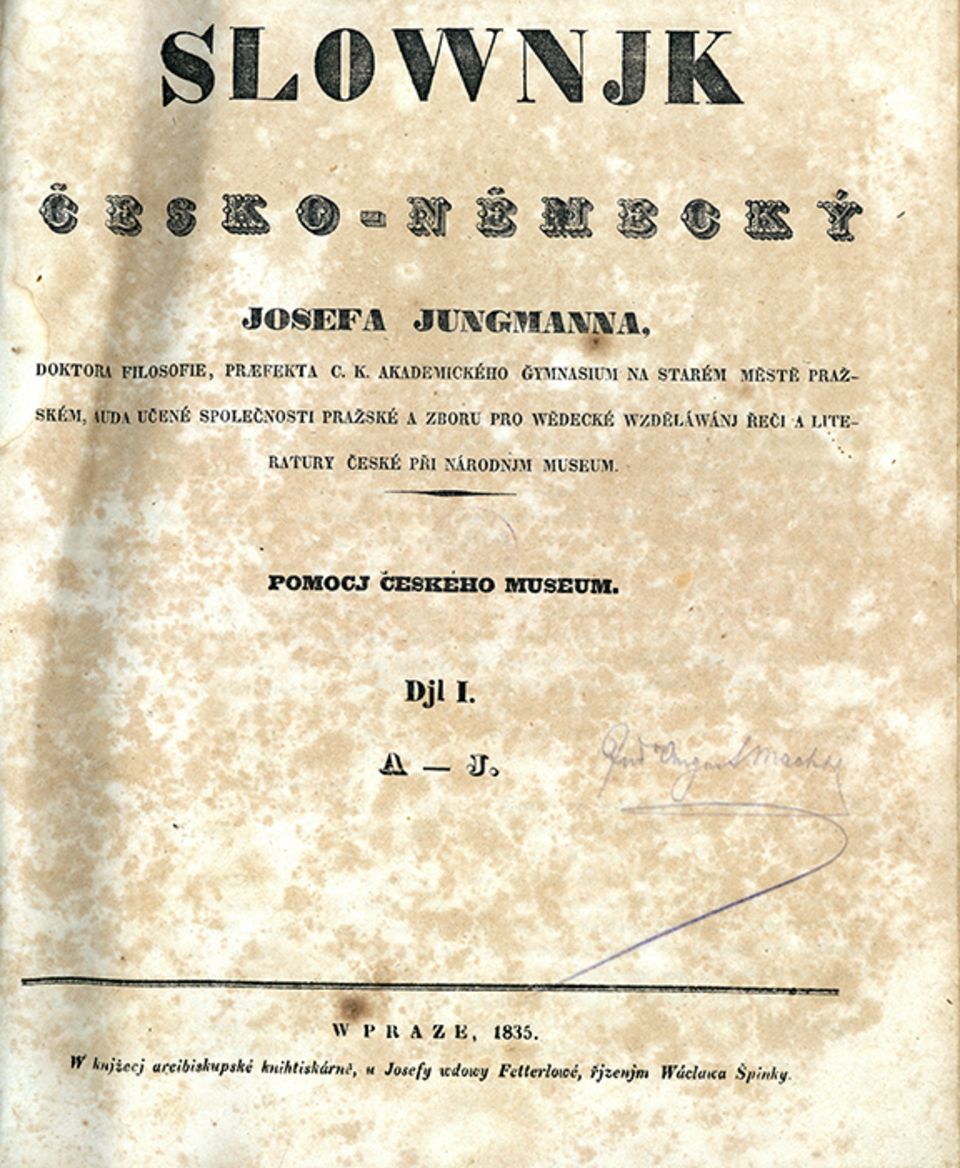 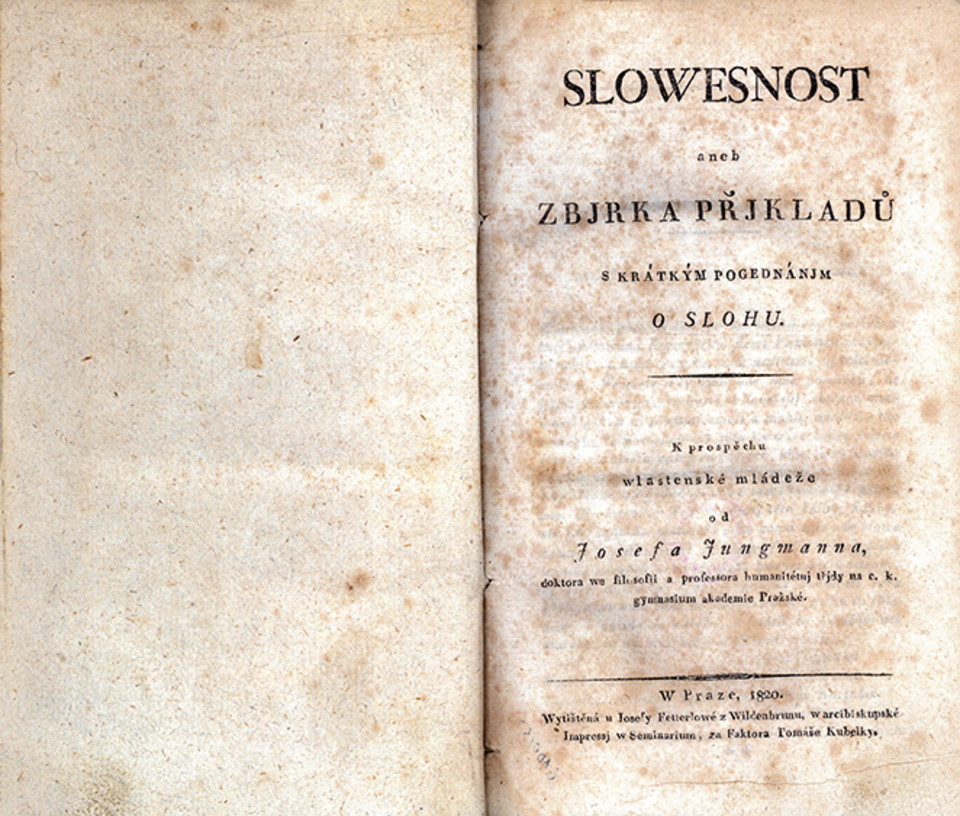 Jungmann, Josef: Word Art, or a Collection of Examples with a Short Treatise on Style (1820) 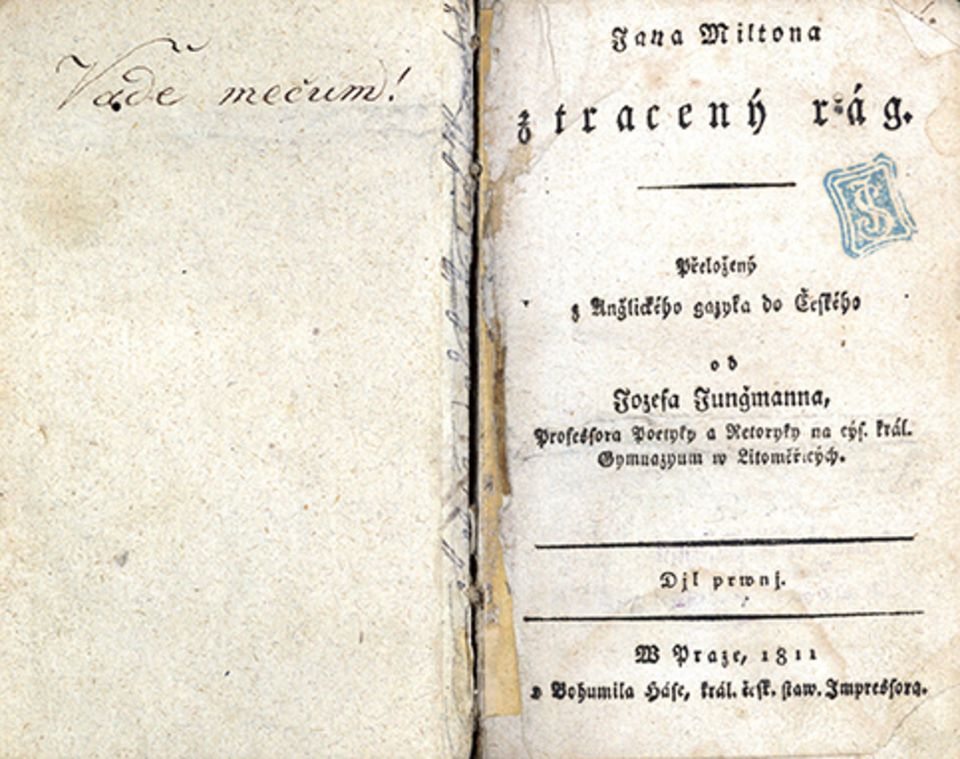