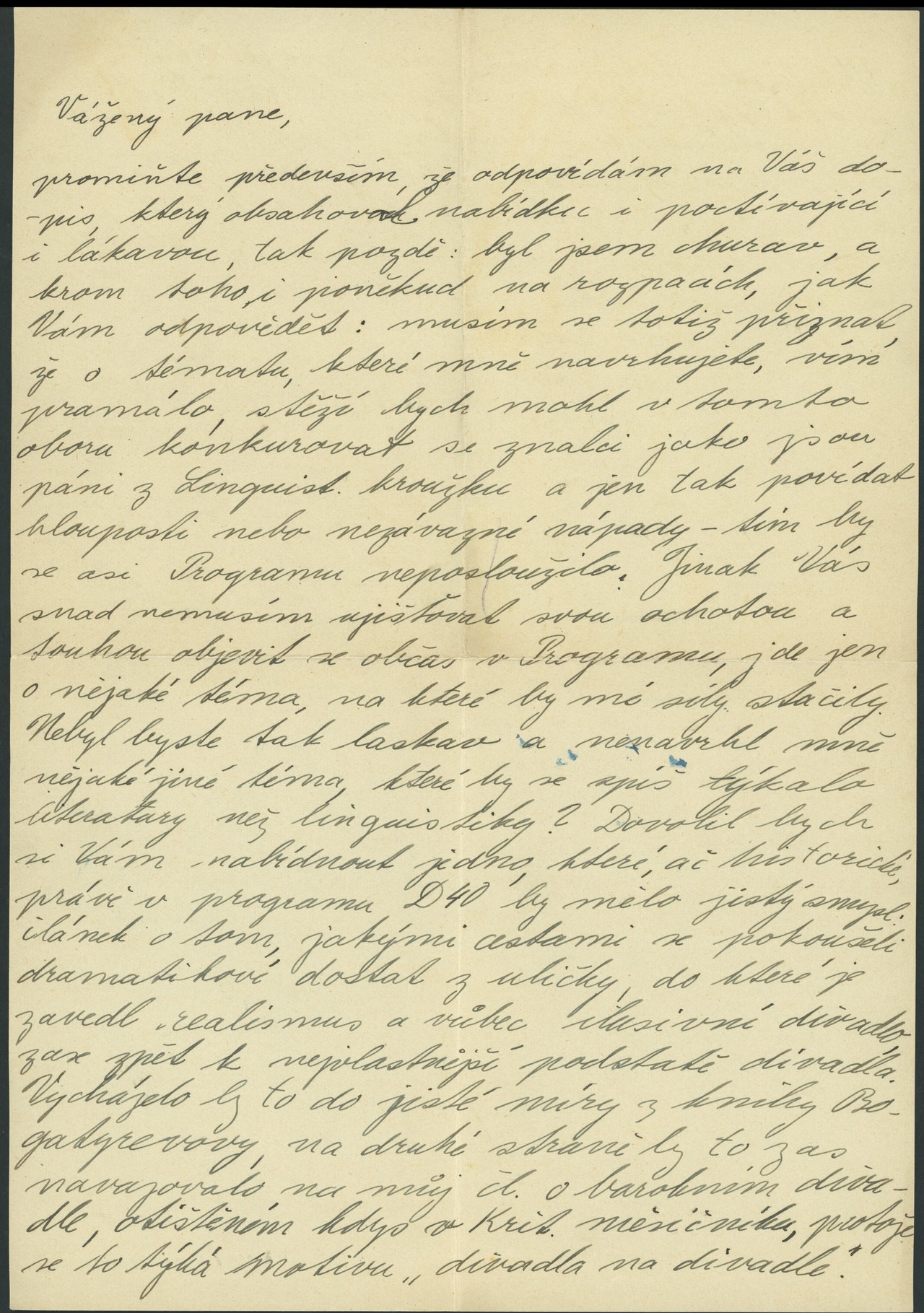 Dear Sir,
First and foremost I would like to apologize for being so late in responding to your letter, which contained an offer that was both flattering and enticing: I was ill and, moreover, a little confused how to respond: I must admit that I know very little about the topic that you are proposing for me, and could hardly compete in this area with experts such as the gentlemen in the Prague Linguistic Circle, and that it would not serve Program well if I were only to spew nonsense or disjointed ideas. Otherwise, perhaps you need no reassurance of my willingness and desire to appear in Program from time to time on matters that fall within my areas of strength. Please be so kind as to propose another topic that would concern more literature than linguistics. I would like to propose one that, although historical, would make sense for D40 program: An article about the ways in which playwrights tried to get out of the alleyway where realism and illusory theatre had led them, back to the very essence of theatre. To a certain extent it would be based on Bogatyrev’s book, though would also follow up on my article on Baroque theatre previously published in Kritický měsíčník since it deals with the motif of the “theatre within the theatre”. 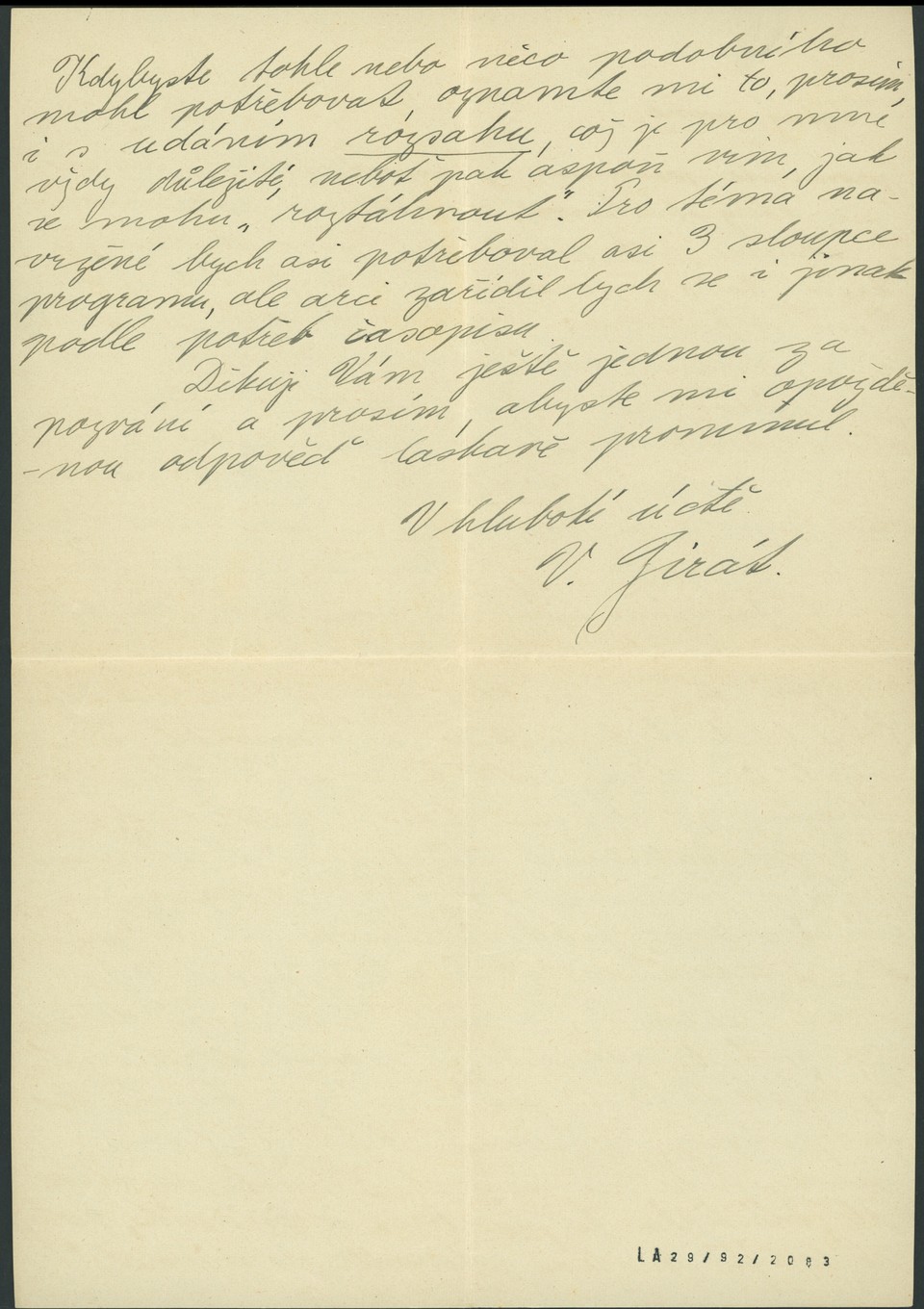 If you might need something like that, please let me know, including the scope, which is very important as I would at least know how far I can “stretch” it. I would probably need about 3 columns in Program but could arrange it differently according to the periodical’s needs.
Thank you again for the invitation and kindly excuse my late reply.

Other exhibits from the chapter Vojtěch Jirát 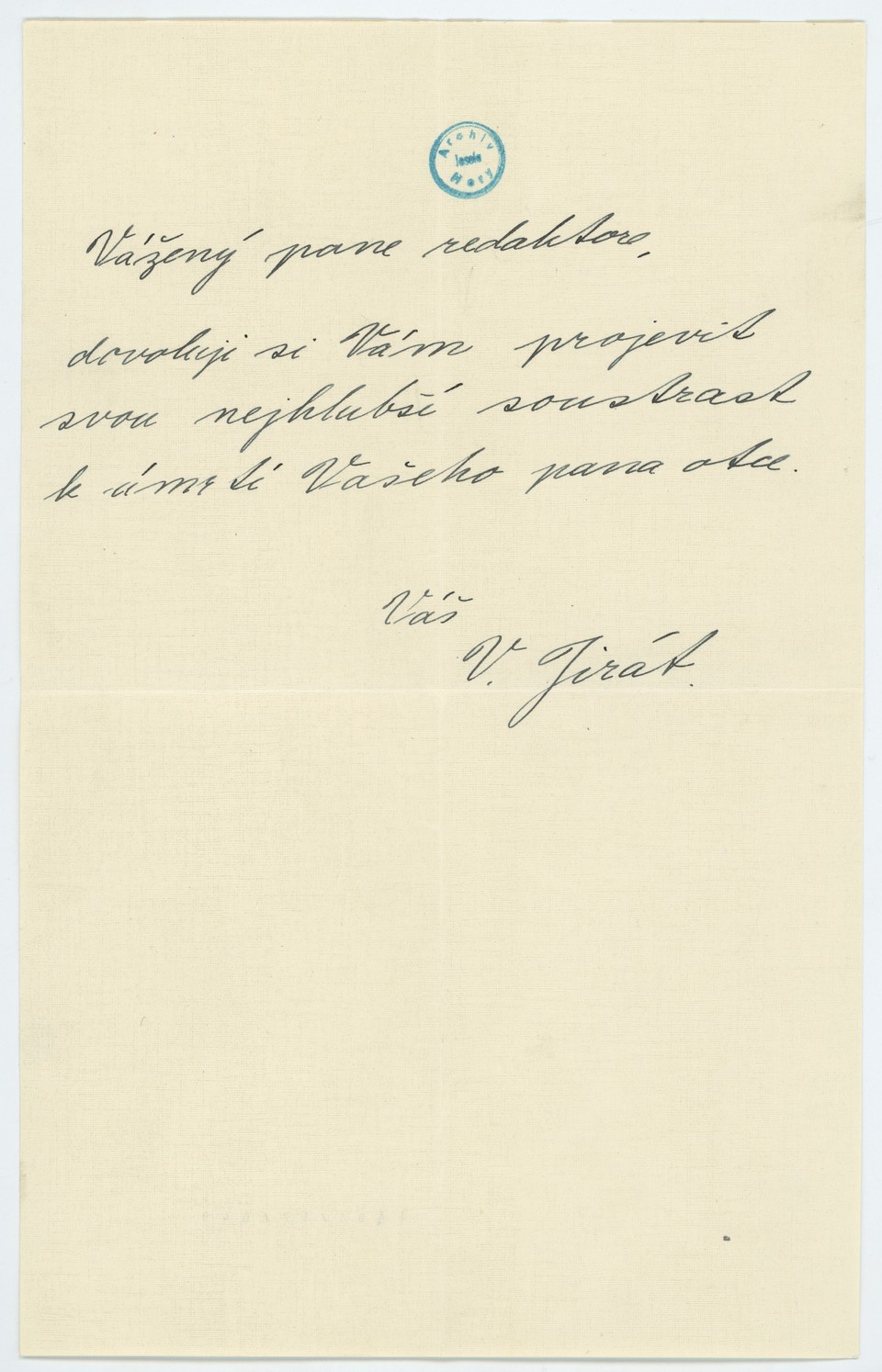 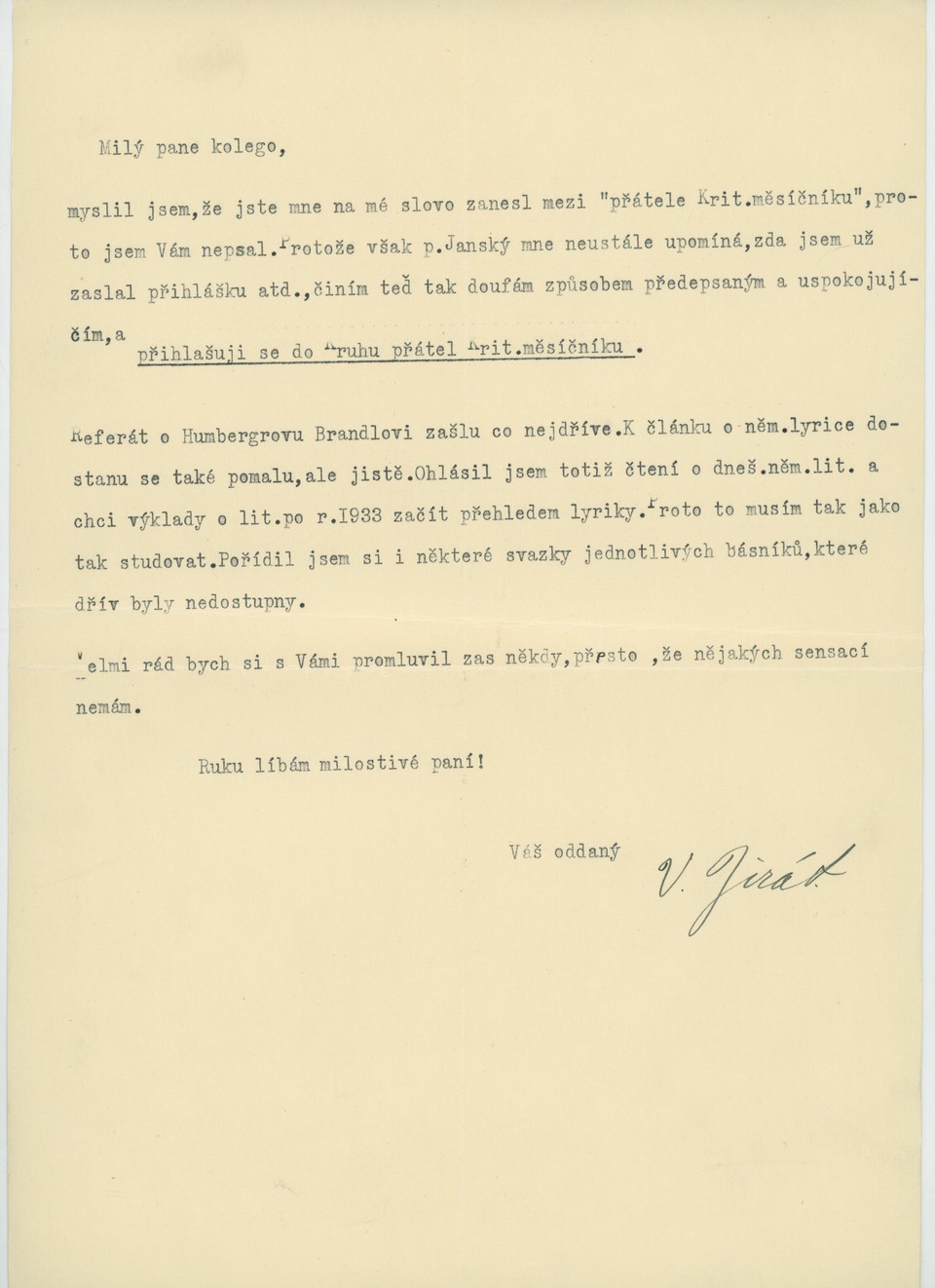 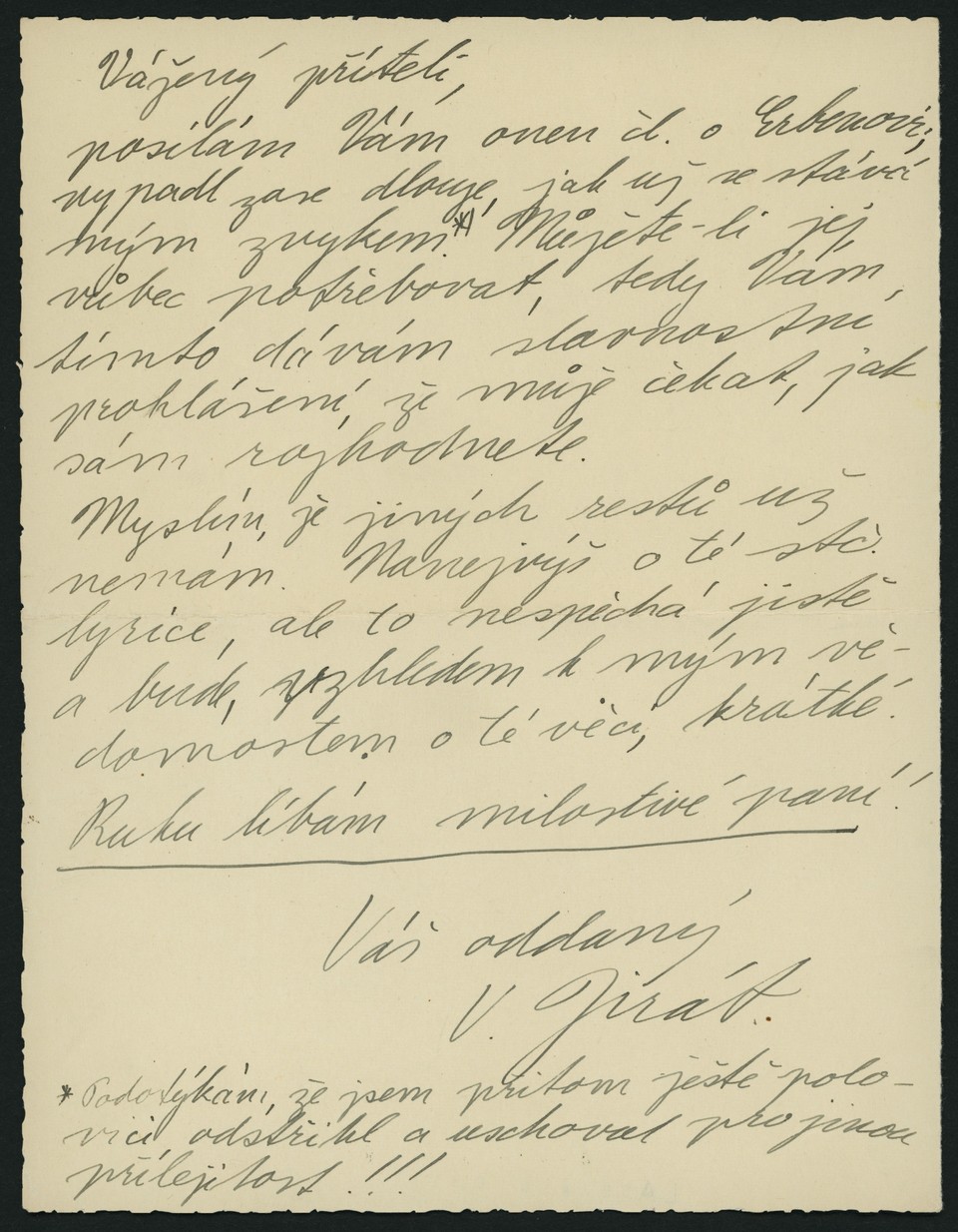 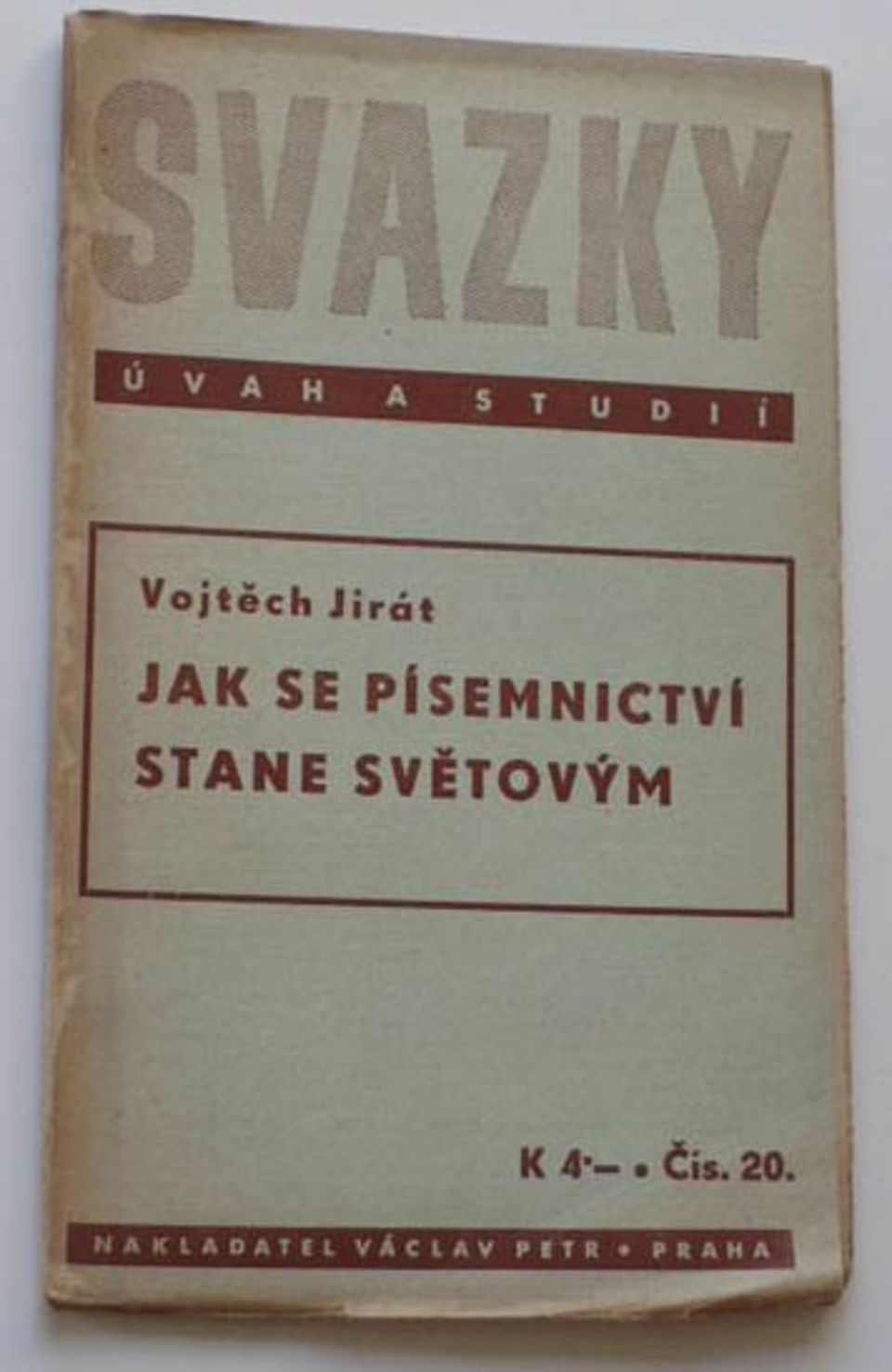