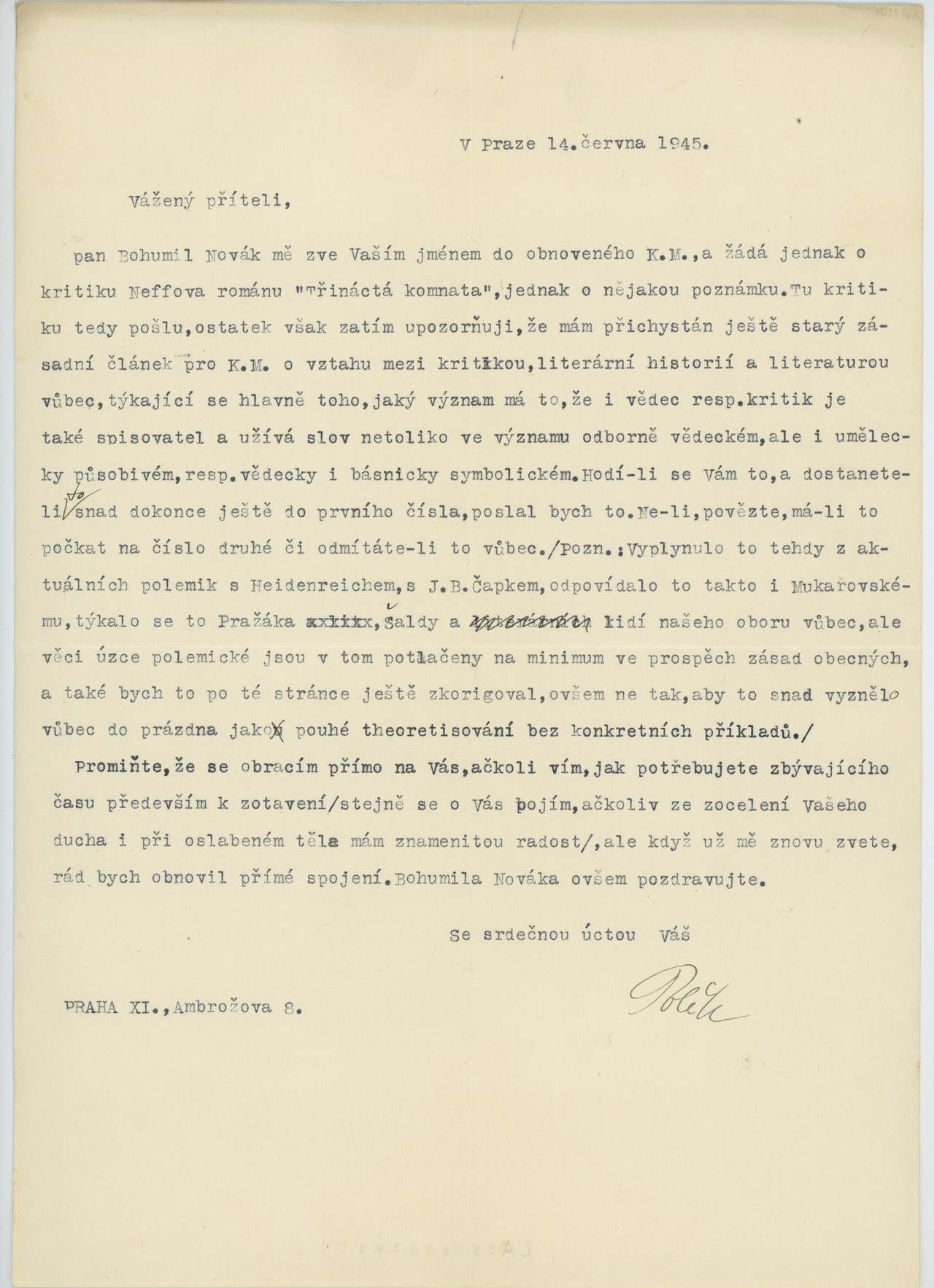 Prague, 14 June 1945
My Dear Friend,
Mr. Bohumil Novák has invited me on your behalf to the renewed K. M. and has asked for a review of Neff’s novel Třínáctá komnata (The Thirteenth Chamber) and a note. So, I will send the review, but would also like to point out that I have prepared an even earlier essential article for K. M. on the relationship between criticism, literary history and literature in general, mainly concerning the fact that a scholar or critic is also a writer and uses words not only in a scholarly sense, but also artistically effective, or symbolic in a scholarly and poetic way. I would send it if you deem it suitable and it could be published, possibly even in the first issue. If not, let me know if it should wait for the second issue or if you reject it outright. (Note: It was based on recent arguments with Heidenreich and with J. B. Čapek, was also a response to Mukařovský and concerned Pražák, Šalda and people in our field in general, though things strictly polemical are kept to a minimum in favour of general principles, and I would revise it even further along these lines, but not so that it was mere echoing, theorizing without specific examples).
Forgive me that I am turning to you directly, even though I know that you above all need the remaining time to recover (I’m worried about you, although I’m very happy that your spirit is strengthening even with a weakened body), but since you’ve invited me again, I’d like to re-establish direct contact with you.
And give my best to Bohumil Novák.
Cordially yours,
Polák
PRAGUE XI, Ambrožova 8.

Other exhibits from the chapter Karel Polák 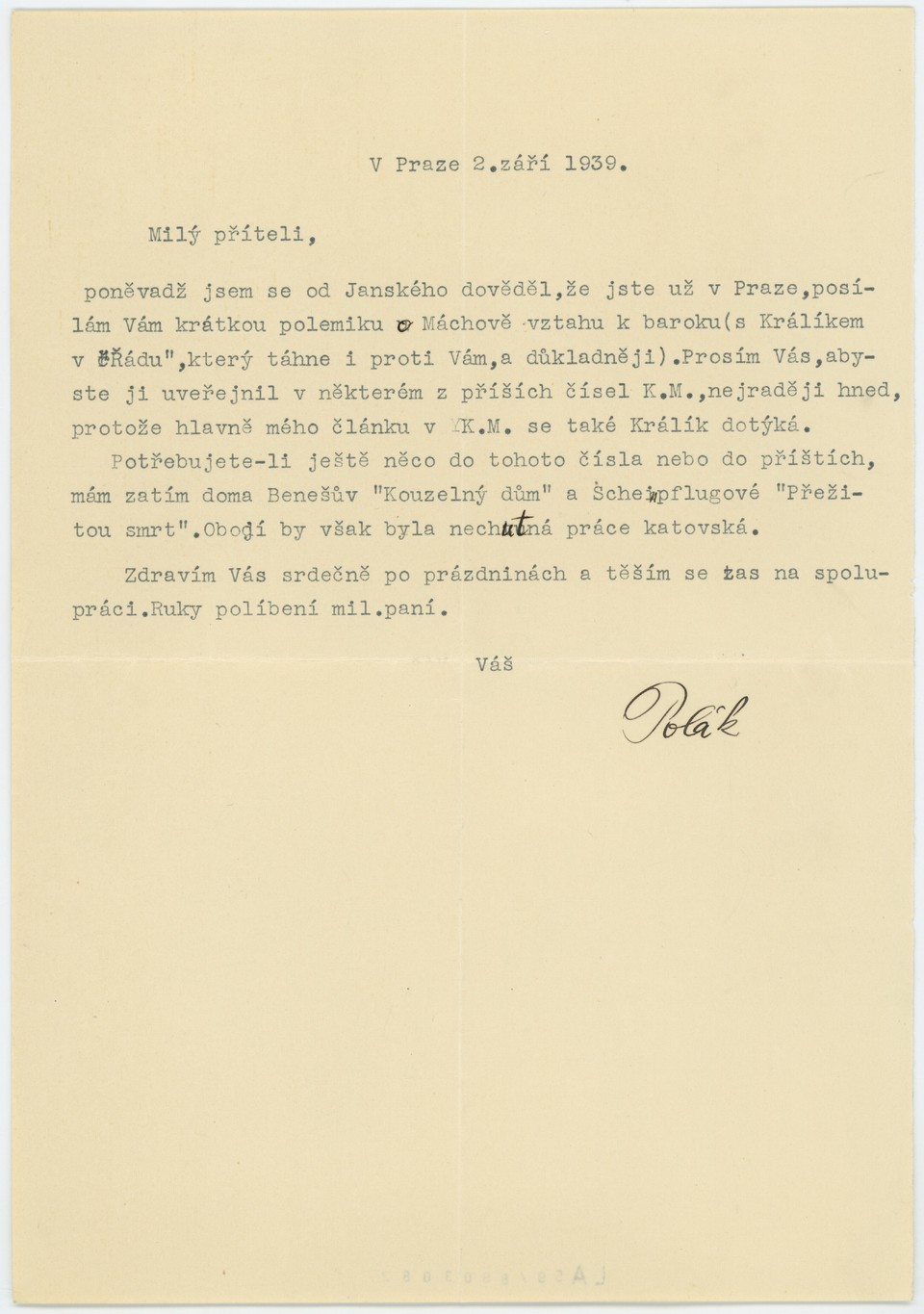 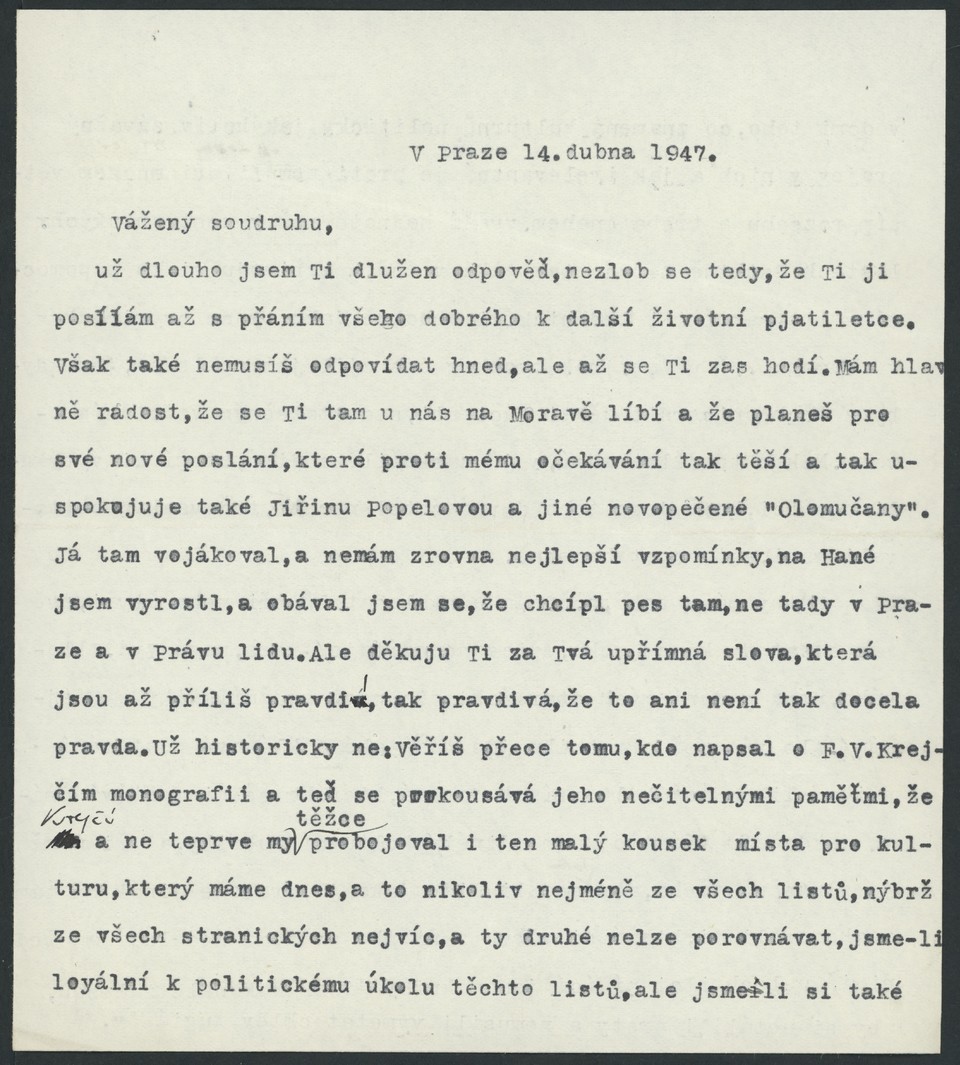