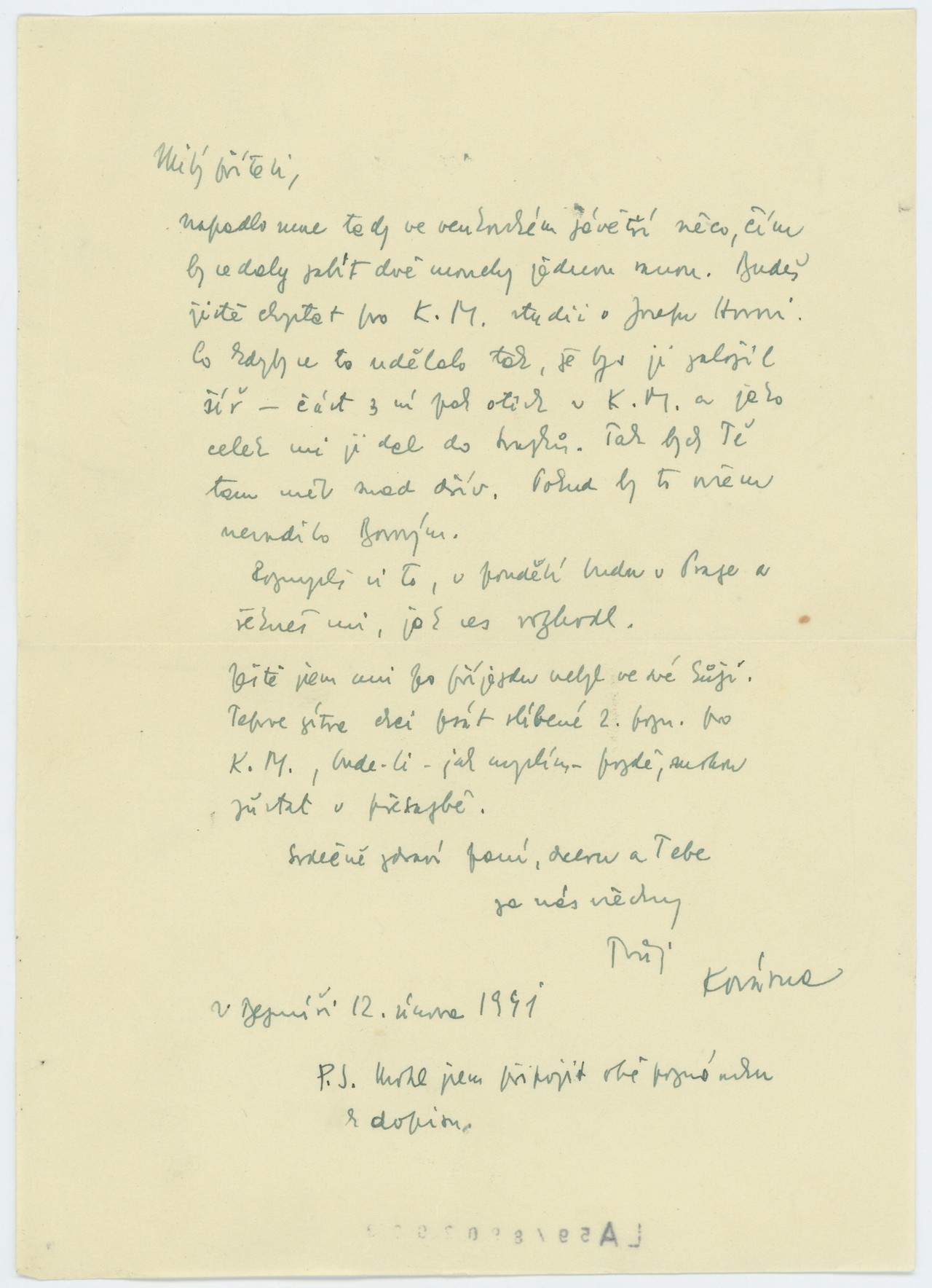 My Dear Friend,
Here in the country air something has occurred to me that could kill two birds with one stone. You will certainly be preparing an essay on Josef Hora for K. M. What if you were to expand on it so that part of it is printed in K. M. and I print the entirety in Svazky? I should even have you there sooner, if the change doesn’t bother the publishers Fr. Borový.
Think about it. I’ll be in Prague on Monday and you can tell me your decision.
I was still out of sorts when I arrived. Only yesterday did I want to write the promised two notes for K. M. If it will be – as I think – late (illegible) remain in the resetting phase.
Sending my best wishes to your wife, daughter and you,
From all of us,
Yours, Kovárna
Bezmíř, 12 Feb. 1941
P.S. I was able to attach both notes to the letter.

Other exhibits from the chapter František Kovárna 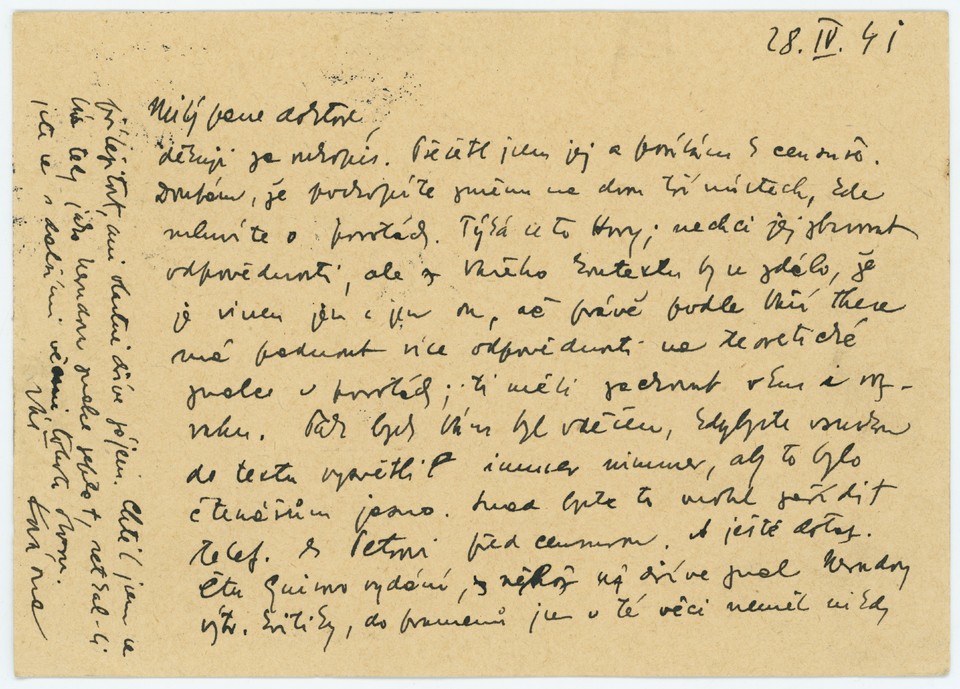 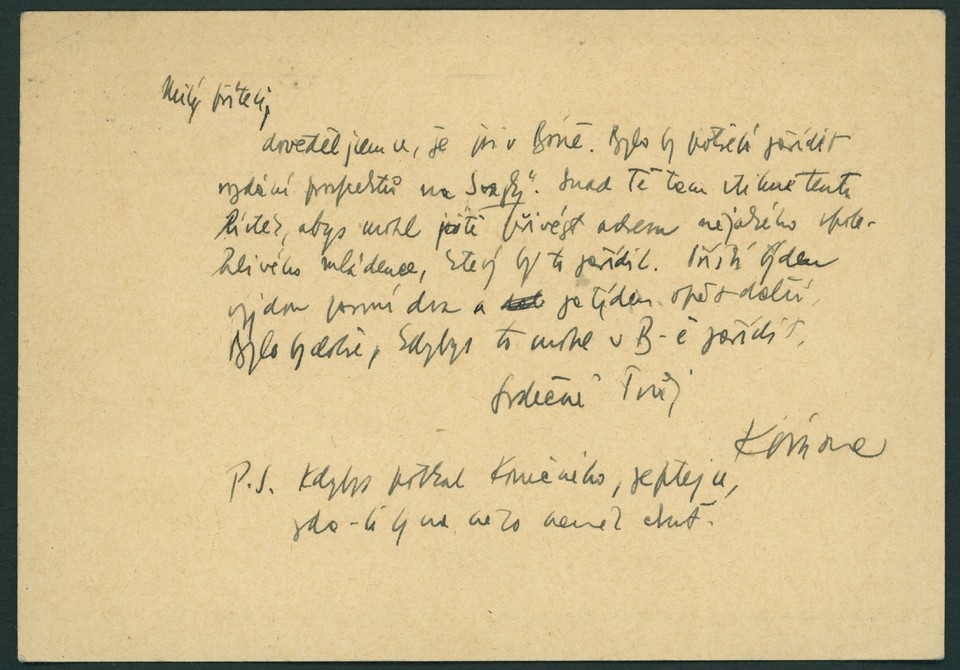