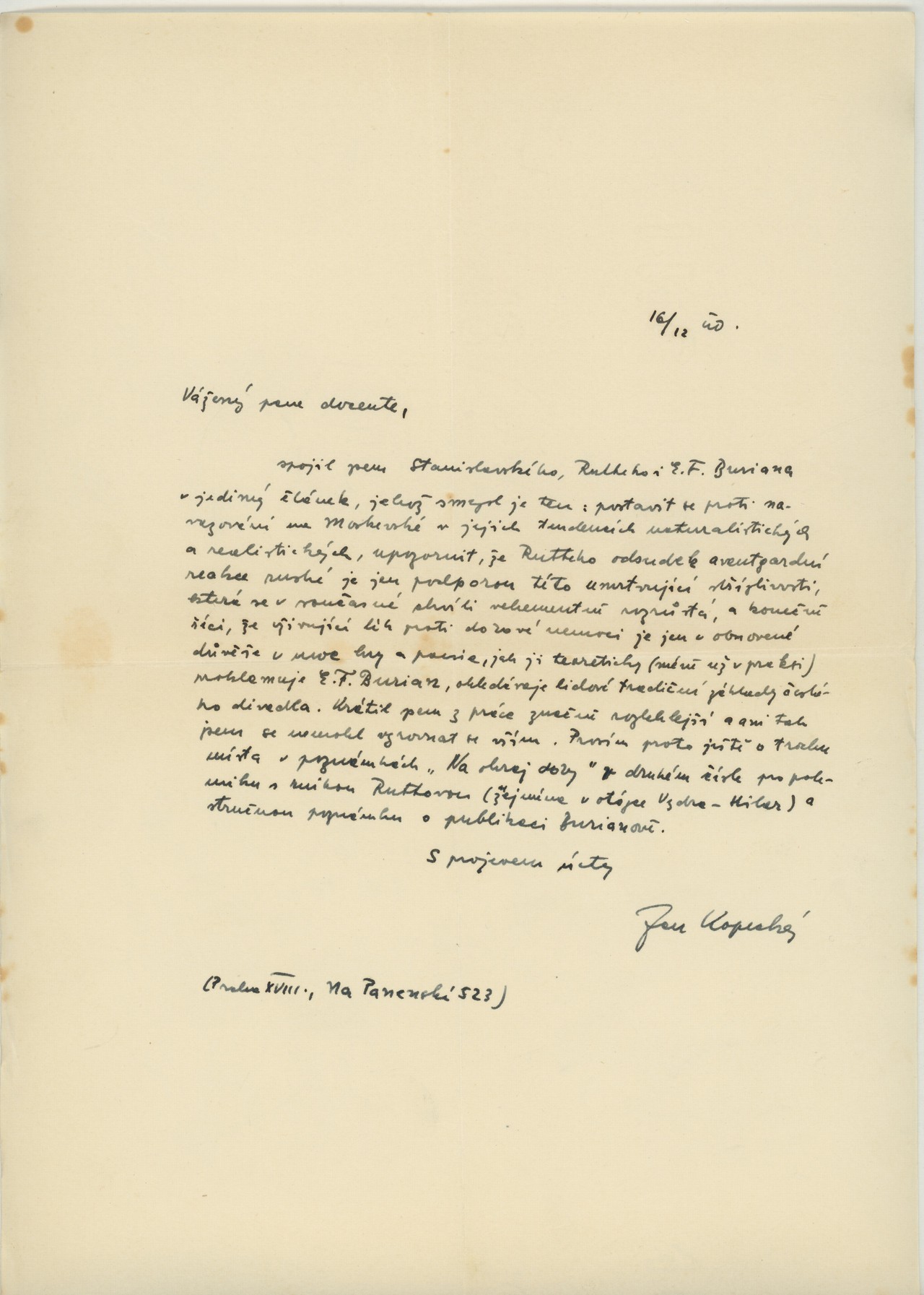 16 Dec. 40
Dear Mr. Associate Professor,
I have combined Stanislavsky, Rutte and E. F. Burian in a single article, the point of which is to oppose our alignment with Moscow in their naturalist and realist tendencies, and to point out that Rutte’s condemnation of the Russian avant-garde reaction is mere support for this deadening sobriety that is currently spreading vehemently, and finally to say that the nurturing cure for such a disease is only found in a renewed confidence in the power of theatre and poetry, as E. F. Burian claims in theory (less so in practice), in examining the traditional folk foundations of Czech theatre. I shortened a considerably more extensive work but still couldn’t deal with everything. I am therefore requesting a little more space in the notes “On the Edge of the Age” in the second issue for my argument regarding Rutte’s book (especially in the Vydra – Hilar matter) and a brief note on Burian’s publication.
Respectfully yours,
Jan Kopecký
(Prague, XVIII, Na Panenské 523)