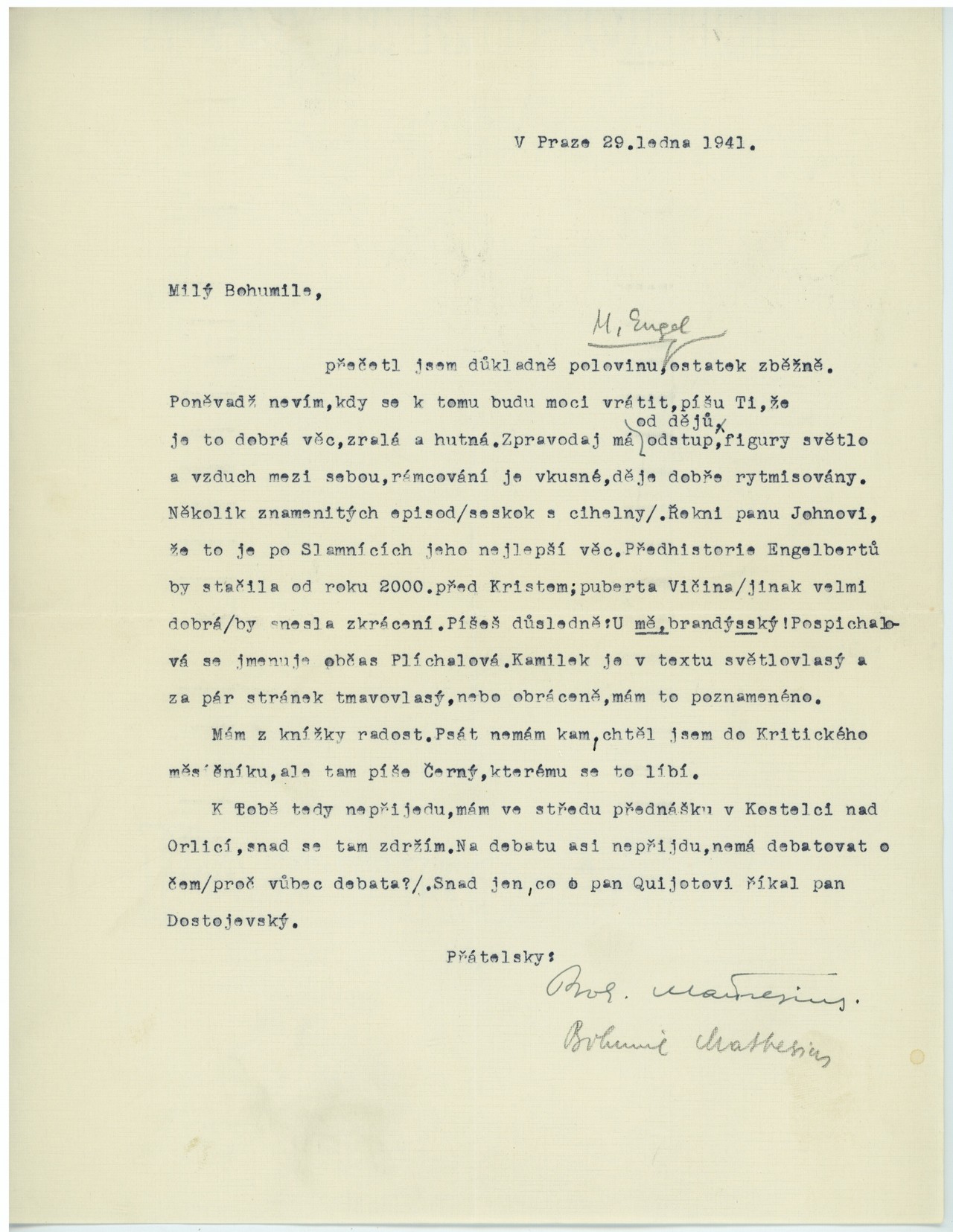 Prague, 29 Jan. 1941
Dear Bohumil,
I have thoroughly read half of M. Engelbert and skimmed the rest. Since I don’t know when I will be able to return to this, I am writing you that it’s good: mature and dense. The narrator is detached from the action, the figures have light and air between them, the framing is tasteful and the action has a good rhythm. There are several excellent episodes (jump from a brickyard). Tell Mr. John that it is his best work after Večery na Slamníku (Evenings on a Palliasse). The prehistory of the Engelberts would suffice from 2000 BC; the puberty of Vika (otherwise very good) could use some shortening. You repeatedly make the same typos and Pospíchalová is sometimes named Plíchalová. Kamilek is described as having blond hair and a few pages later it’s black, or vice versa, I’ve noted it.
I like the book. I have nowhere to write about it, wanted to write about it in Kritický měsíčník (The Critical Monthly), but Černý, who also likes the book, writes there.
So, I won’t be coming to see you; I have a lecture in Kostelec nad Orlicí on Wednesday and may get held up there. I probably won’t come to the debate and have nothing to debate about (why is there even a debate?). Perhaps only what Mr. Dostoyevsky said about Mr. Quixote.
Cordially yours,
B. Mathesius

Other exhibits from the chapter Bohumil Mathesius 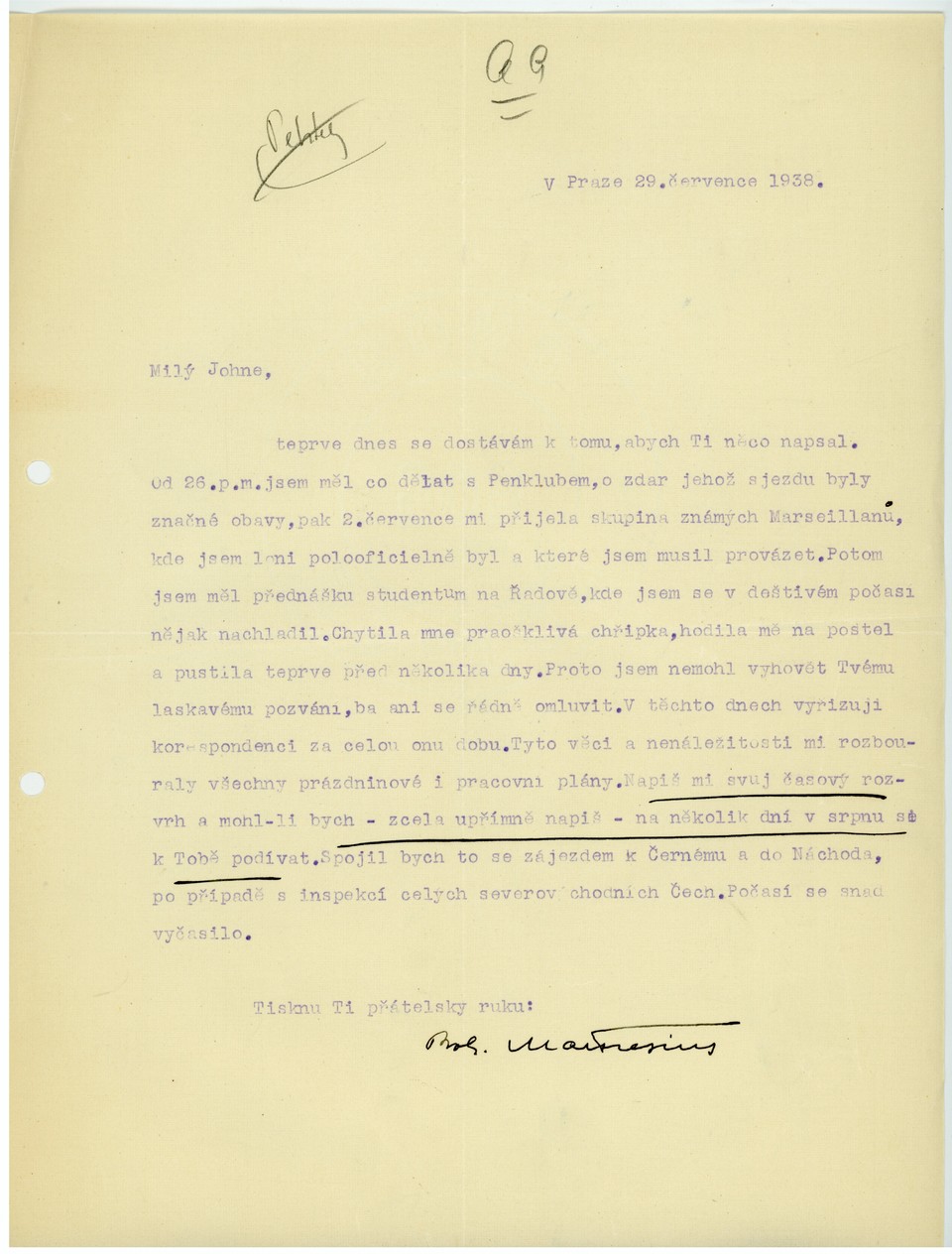 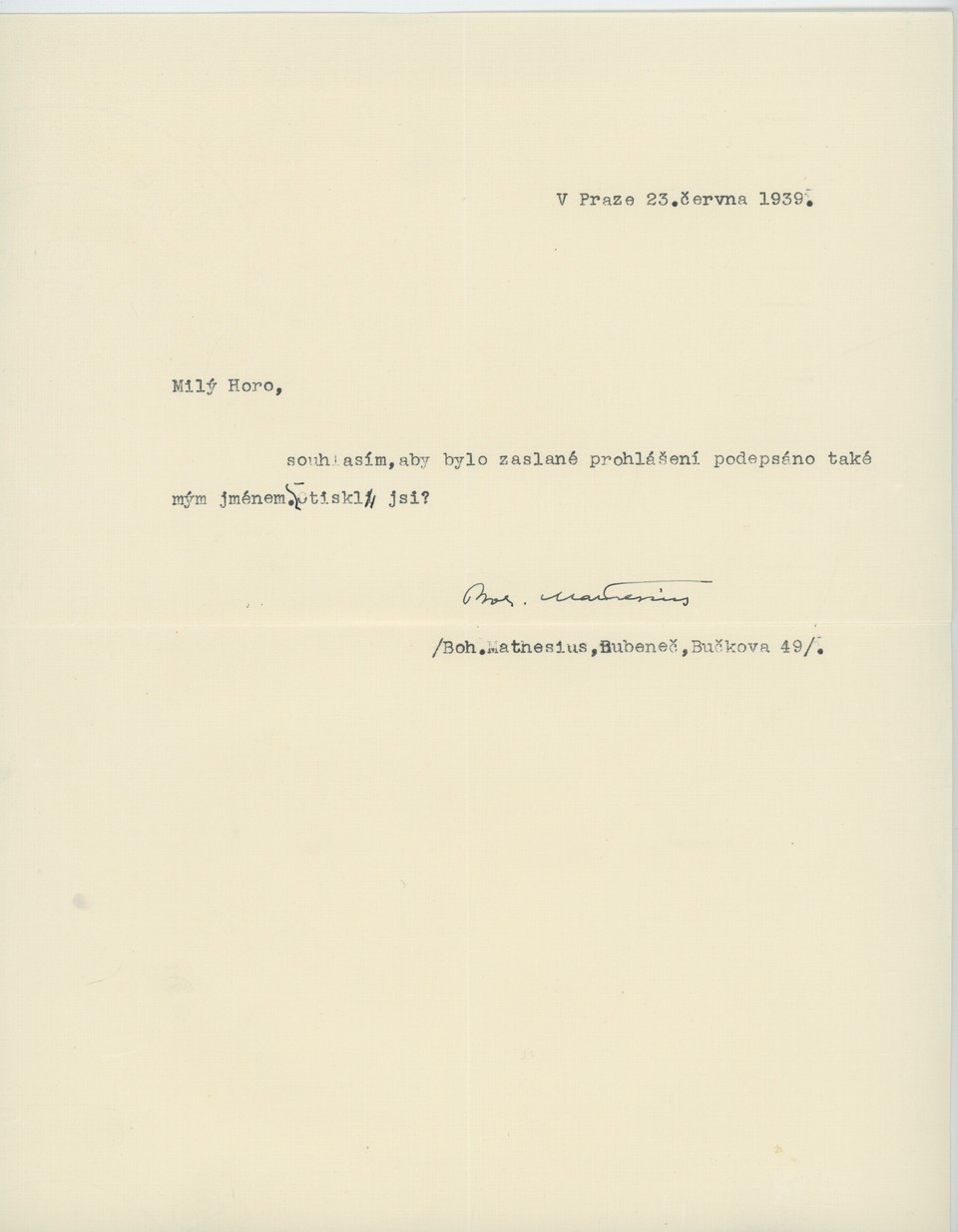 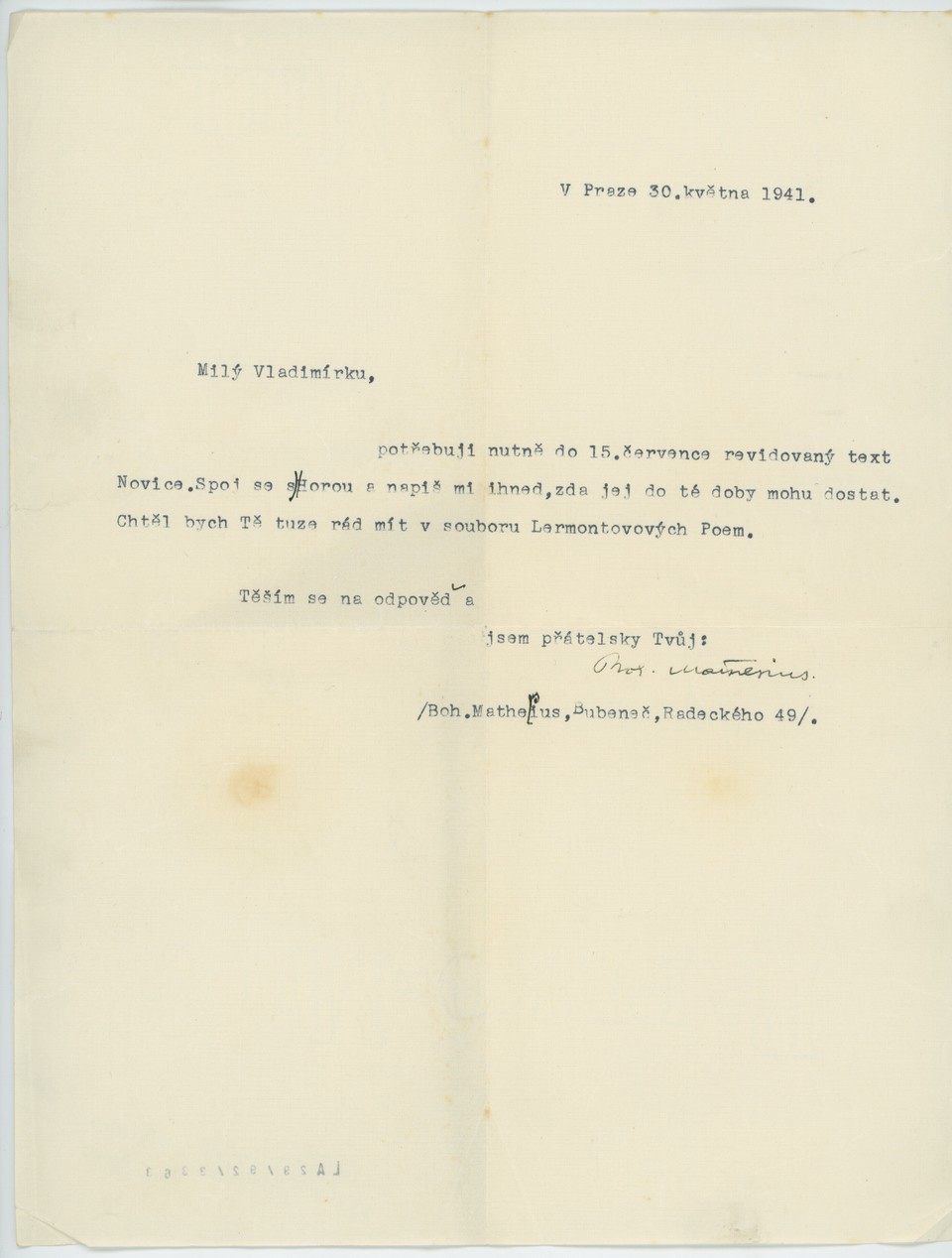 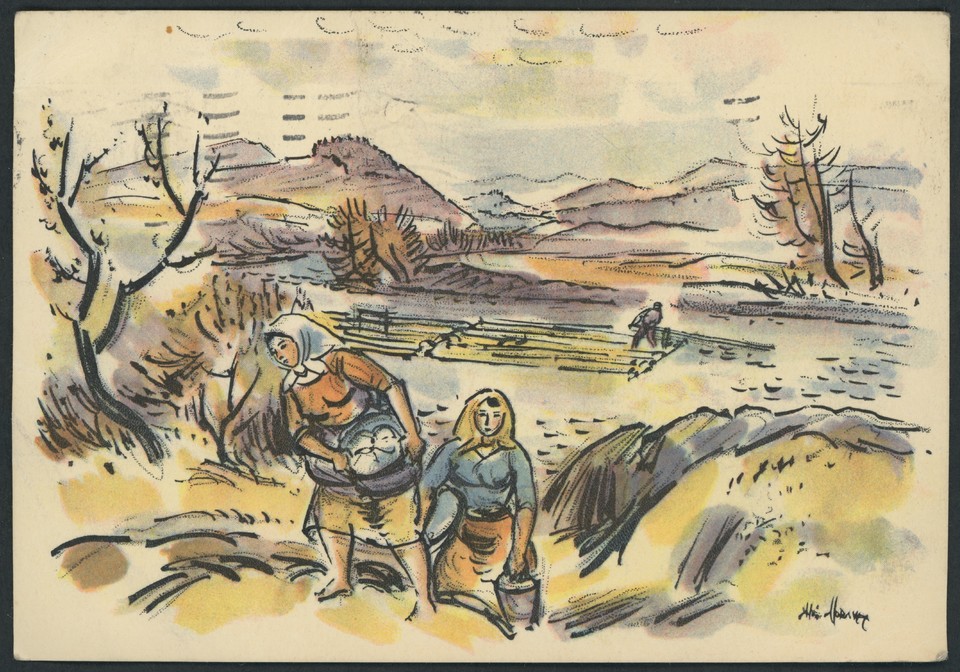